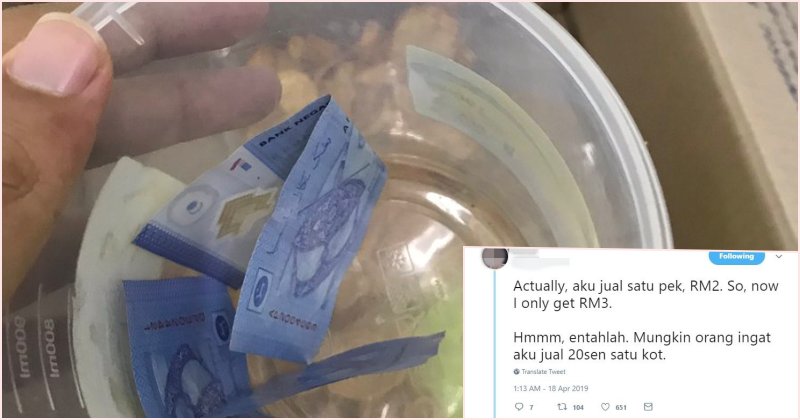 Some individuals steal because they do not have the means to purchase items. Some steal for the thrill.

One netizen took to Twitter to share his experience becoming a victim of theft after finding out his sale of kerepek did not tally with the amount of money collected. 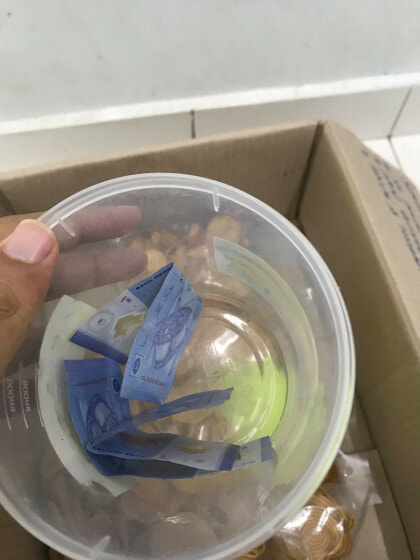 But priced at RM2 per packet, he should have found RM20 in the container. But he only found RM3.

“I am fed up with these university students who have no sense of guilt, ethics or morals.”

“Maybe they switched their common sense with that of animals.” 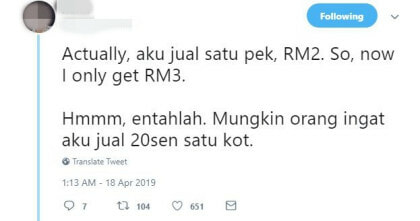 Clearly disappointed, in his thread the netizen writes, “Maybe people think that I sell my chips at 20 cents per packet.”

Although the seller did not make it difficult for the culprits to steal, it is because of incidents like these that a sense of mistrust is heightened amongst Malaysians.

The tweet which garnered more than 8.9k retweets drew attention from netizens sympathising with the seller’s mishap. 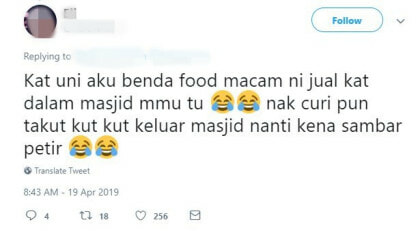 “At my university, food items sold this way are placed at the mosque. Many do not steal in fear of God’s wrath in the form of a lightning bolt.”

Another spoke of her experience becoming a victim of these ‘criminals’. 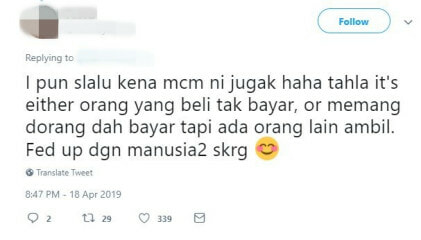 “I was a victim quite a few times. Either these people did not pay when taking or they have paid but others stole the money in the process. I am fed up with people’s attitudes nowadays.”

We sincerely hope that incidents like this do not repeat itself as it does not only impact ourselves as individuals but victimise others in the process. 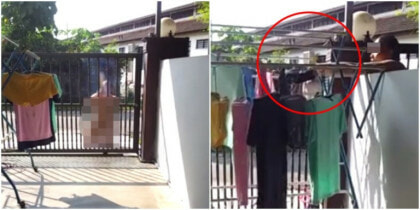