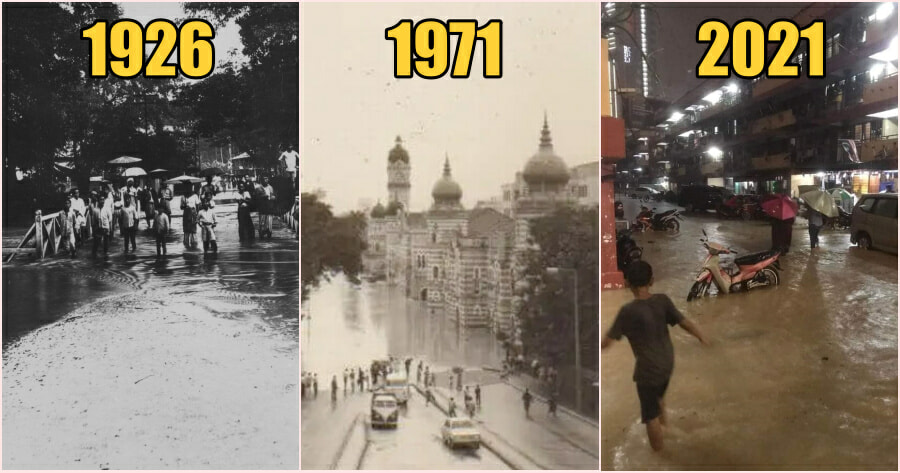 The recent flash flood which occurred this past weekend has devastated many lives. Apart from sweeping away cars and houses, it has even swept away people who have unfortunately died in the tragic catastrophe.

As of the time of writing, 17 losses of lives have been reported, with many more missing and in need of help. 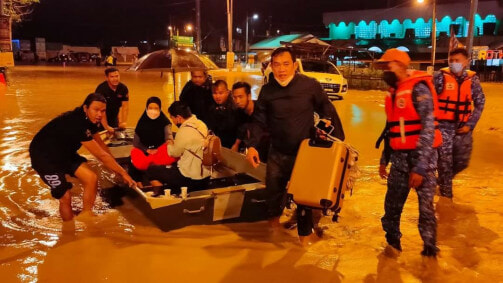 However, this is not actually the first time that such devastating floods have hit Malaysia’s West coast and capital.

As pointed out by Yang di-Pertuan Agong Al-Sultan Abdullah Ri’ayatuddin Al-Mustafa Billah Shah, the flooding that has happened in the capital is similar to the major flood disaster that occurred in 1971. 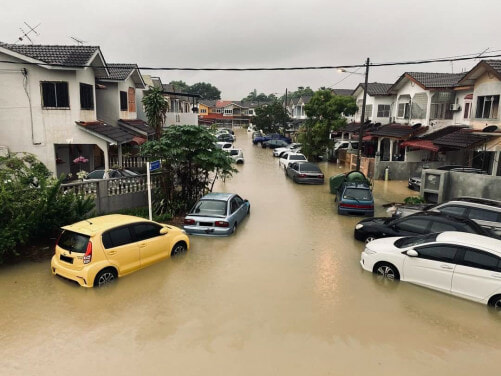 Back in 1971, Kuala Lumpur found itself submerged underwater in a major flash flood due to the monsoon rains. It was reported that the rain begun a day after Christmas, 26 December 1970 and continued on till 5 January 1971, which meant more than a week of continuous rain.

By 4 January 1971, almost three quarters of the city was submerged underwater as KL experienced what was known as “The Great Flood”. 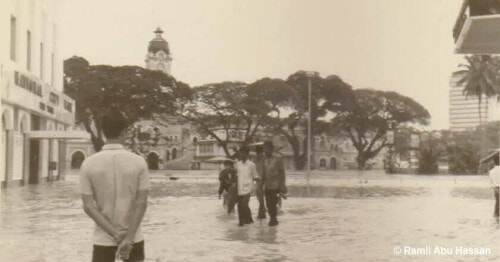 The continuous torrential rain caused major rivers in the Klang Valley such as Sungai Klang, Sungai Batu, and Sungai Gombak to swell. The swelling of the rivers submerged almost 60% of the capital city.

Various news reports said that Kuala Lumpur looked like an ocean at that time and that at least 24 people loss their lives.

The total recorded damage was around RM85 million. 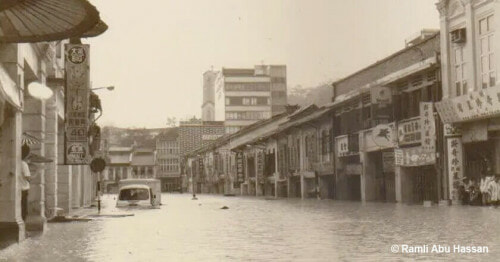 According to news reports the impact of the floods included:

It was so bad that then Prime Minister Tun Abdul Razak declared a state of national disaster in West Malaysia. Medical teams were deployed to help with the relief operation and people were evacuated from their homes with the use of army boats. 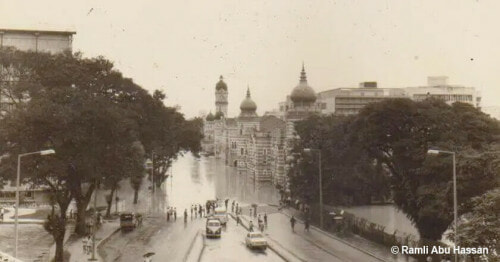 In the wake of its devastation, the government worked to set up the Kuala Lumpur Flood Mitigation Programme, which included additional reinforcement of rivers within the urban center, flood forecast and warning system, as well as the construction of the SMART Tunnel which had successfully diverted over 5 million cubic metre of water away from entering KL in this year’s flood.

Less than 50 years before the Kuala Lumpur floods of 1971, the capital was hit by a flood on Christmas night back in 1926. A report stated that rain fell over the city for more than 2 days and by the 3rd day, government offices in Jalan Raja were under a metre of water and people had to commute to work in sampan, rickshaws and bullock carts.

Although floodwaters subsided by the morning of 30 December, water levels rose back again and led to 1.8 meres deep waters in many parts of the city. 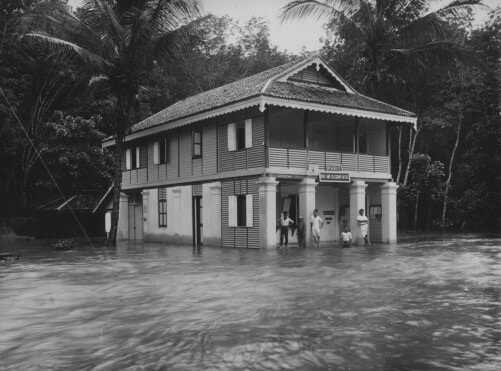 All rail services passing north out of KL were suspended, affecting mail, passengers and freight.

Due to the lack of preparedness by the then colonial government, most of the relief efforts had to be provided by well-meaning individuals and private associations.

Although there is no concrete information on the number of lives lost, by the first few days of 1927, projected losses to local business were estimated at around $12,000 Straits dollars. 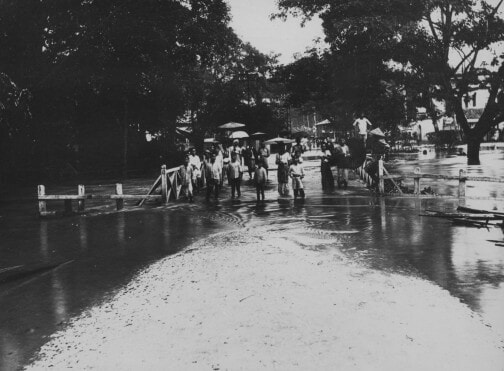 Times are advancing and with the worsening threat in the rise of sea levels and climate change, we need to be better prepared to combat floods in the future to ensure that the past is not repeated.

How can Malaysia better prepare for floods in the future? Let us know in the comments.

Also read: Malaysian Shares Areas in Selangor That Might Face Floods Again in 2070 if Nothing is Done by Then 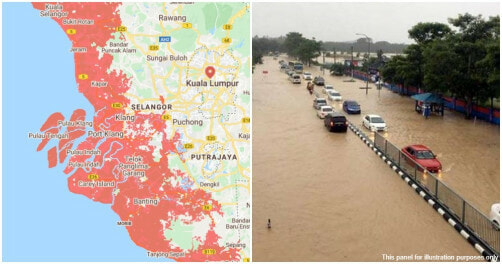