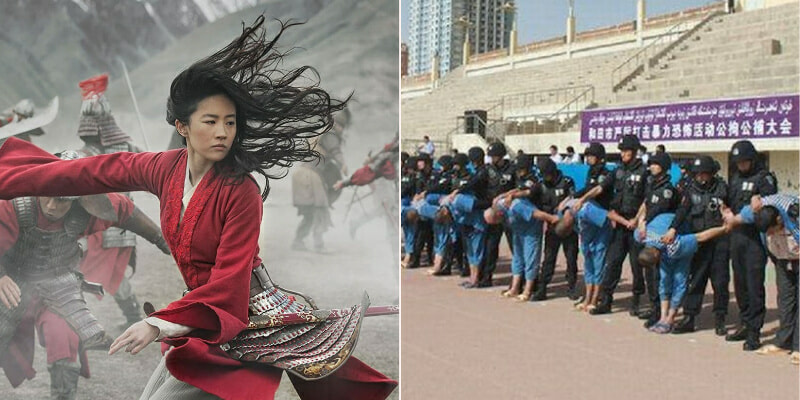 First, activists urged the general public to boycott the movie following lead actress, Liu Yi Fei’s statements supporting police brutality during the Hong Kong riots. Then, movie-goers started calling the film out for changing certain aspects of the main character. (Don’t worry, we won’t say any more about this, we don’t want to spoil anything for you guys!)

Well, it seems that they’re in boiling water again now that many have noticed something odd in the credits of the movie. Listed under the special thanks section of the credits is the ‘publicity department of CPC Xinjiang Uyghur Autonomous Region Committee’. 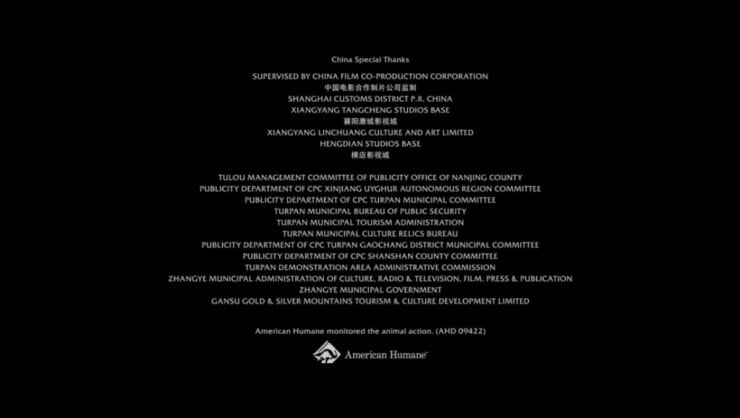 Many took to their respective social media accounts to point out that that is where the Chinese government is conducting cultural genocide of the Uyghur people. 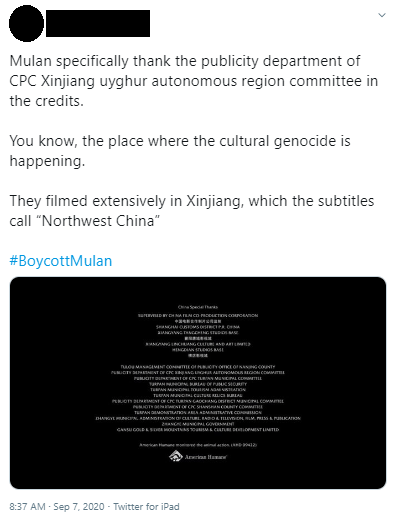 Yet, despite the obvious injustice happening there, Disney chose to extensively film and shoot Mulan in Xinjiang, which was apparently subtitled as ‘Northwest China’.

Many considered this as a form of support towards the ethnic cleansing of the Uyghur people.

China has been separating Uyghur families (an ethnic group of Muslim descent tied closely to the languages and culture of Turkey) and placing them in re-education camps with the purpose of systematically removing and disconnecting them from their roots.

Considering the day and age that we’re in, it’s hard to believe that cultural genocide is something that would happen, but it is and it’s on all of us to show our disapproval and disrupt such ungodly practices.

It’s truly sad to see that such a large corporation that built itself on family values can overlook families being forcefully separated for the sake of box office sales.

You lost a friend in me. 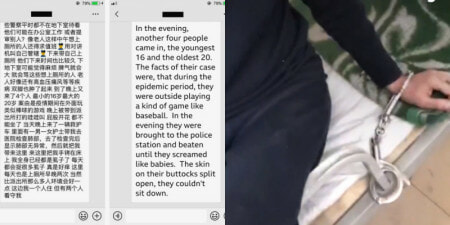