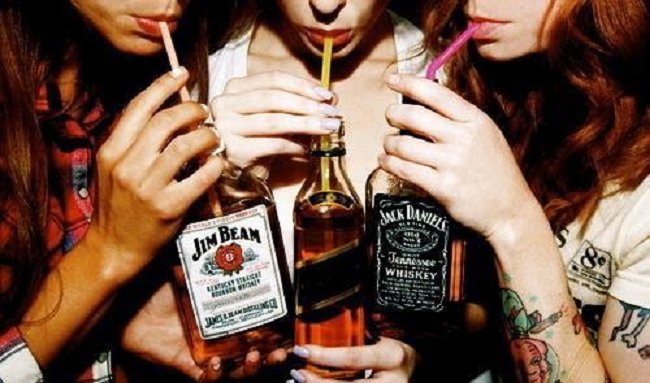 Bottoms up couples of the world – it could actually save your relationship.

Science is forever trying to suss out the magic formula to a successful relationship, and one new study has unearthed a potential relationship-saving factor!

According to a study published in The Journals of Gerontology Series B: Psychological Series, couples who drink alcohol together reported less negative relationship quality over time, and the results were “significantly greater among wives”.

The study found that couples had better marriages if both partners drank or if both partners abstained from drinking. However, if one partner remained sober while the other drank, couples were more likely to report an unsatisfied marriage, especially wives!

According to Reuters, researchers looked at 4,864 married people in 2,767 couples who had been together for an average of 33 years. 2/3 of them were on their first marriage.

The study asked participants how many times they drank in a week, and how much they drank up once they started. Then researchers asked if they found their spouse “irritating, critical or too demanding”.

“We’re not sure why this is happening,” Dr. Kira Birditt of the University of Michigan in Ann Arbor told Reuters, “but it could be that couples that do more leisure time activities together have better marital quality.”

“The study shows that it’s not about how much they’re drinking, it’s about whether they drink at all,” Birditt said.

But, just because they are happier, doesn’t mean there isn’t any problems. Birditt says that drinking among older people is becoming a problem, “especially among baby boomers, who seem more accepting of alcohol use.”

Before you empty that glass, consider that 20% of men and 6% of women in the study had significant drinking problems.

“Serious heavy drinkers have disruptive relationships with people, particularly their partners,” University of Michigan’s Dr. Fred Blow told Reuters, although he’s not involved in the study. “That’s an important issue that should be looked at going forward.”

Well, one can always try no??? Now where’s my drink?