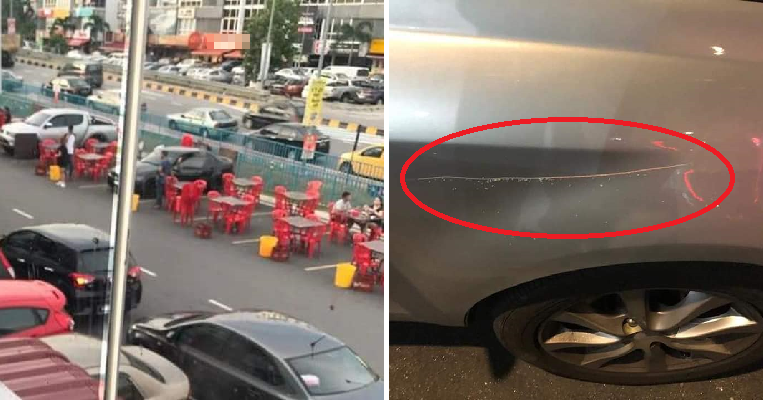 It’s no secret that when night falls, many hawker stalls or mamaks will have the tendency to occupy the vacant parking lots in front of their restaurants even though those bays don’t belong to them. Although this may be understandable, this does not mean that they are legally allowed to do so and they certainly have no right to occupy the area if cars are still parked there. Yes, we can park there! 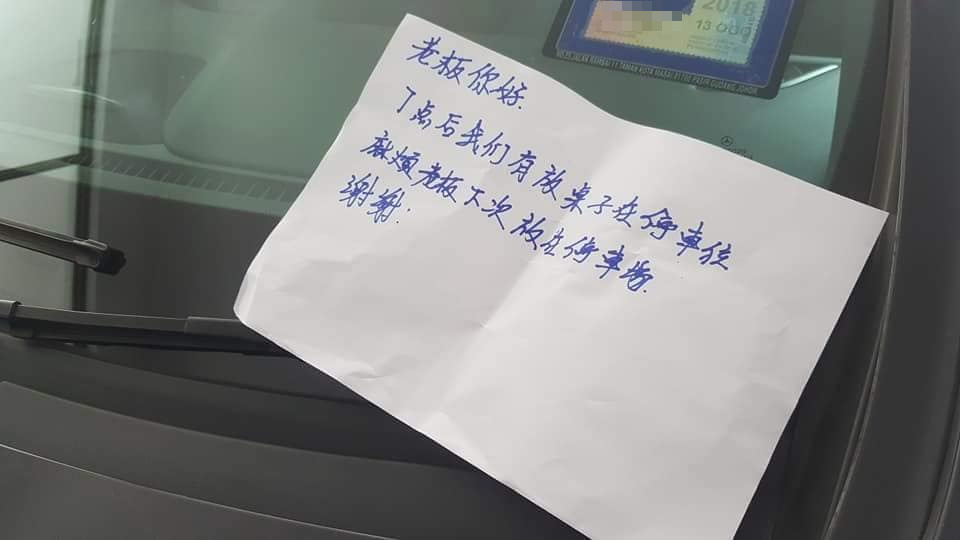 One disgruntled driver voiced our their dissatisfaction through a Facebook page as several people had parked their cars nearby a food court around C180. They were parked in perfectly legal parking bays but when they came back to their cars, they were shocked to find a “gentle reminder” note allegedly left behind on their windshield and on their cars. FYI, blocking spaces like this isn’t legal!

The driver wrote, “This food court only cares about their own business and simply arrange their tables and chairs all over the parking areas. This has caused the area to be congested and even our cars have been scratched! We have every right to park here, so do we really have to make way for them? It’s not like they bought the parking lots. Even if they did, they have no right to scratch our cars. I did a count and at least seven other cars suffered the same fate.” 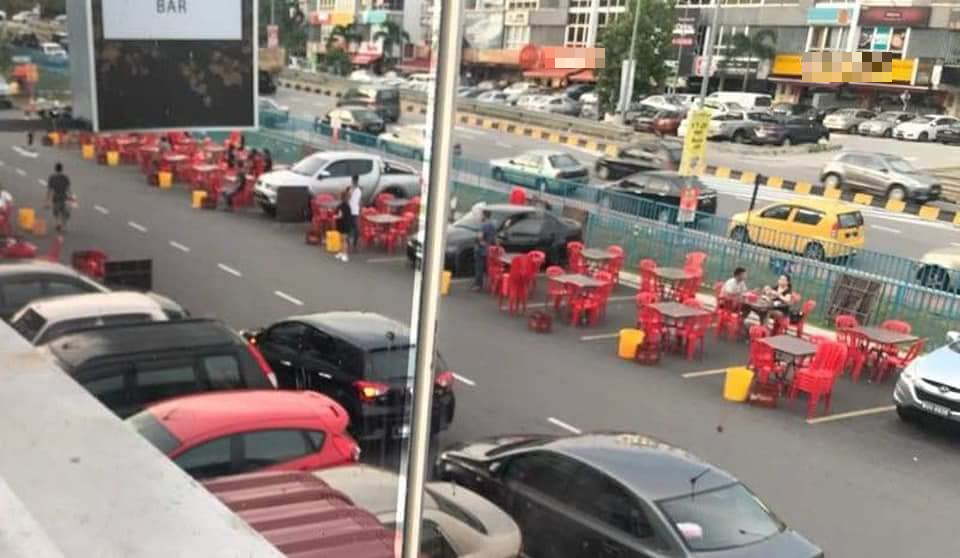 Apparently, in the note that was placed on the windshields, someone wrote a warning which basically said, “Hi boss, after 7pm, we need to put our tables and chairs in the parking areas. Please park somewhere else next time. Thanks.”

To their surprise, several drivers were shocked to find that their cars had allegedly been scratched too when they finally drove away from the spot. Although they had no proof that the people at the food court were the culprits, many of them said that it was too coincidental. Who do you think scratched their cars? 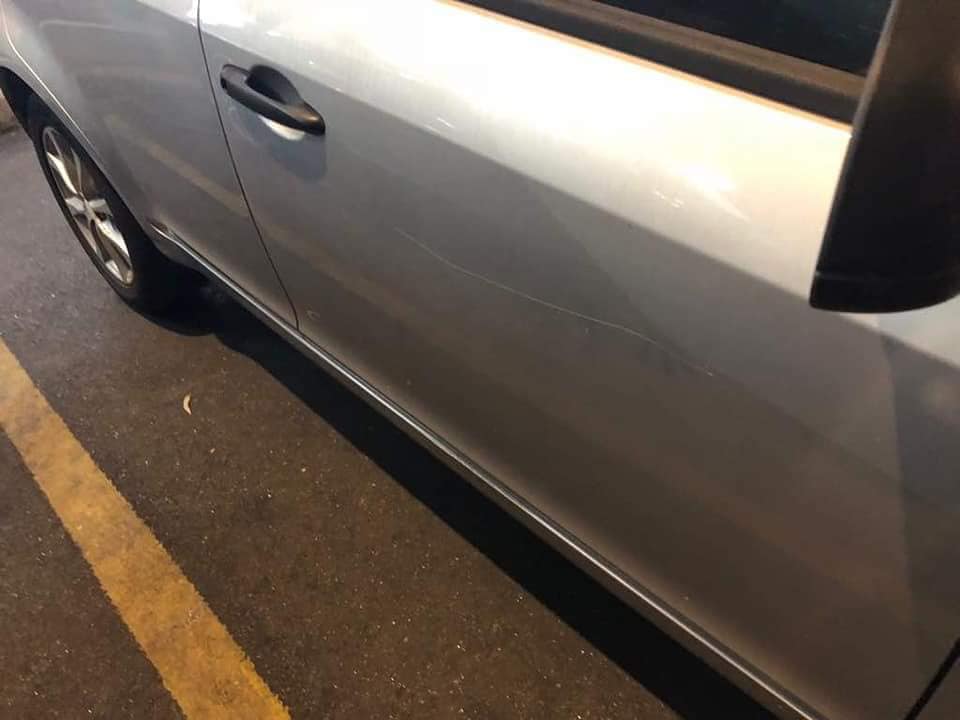 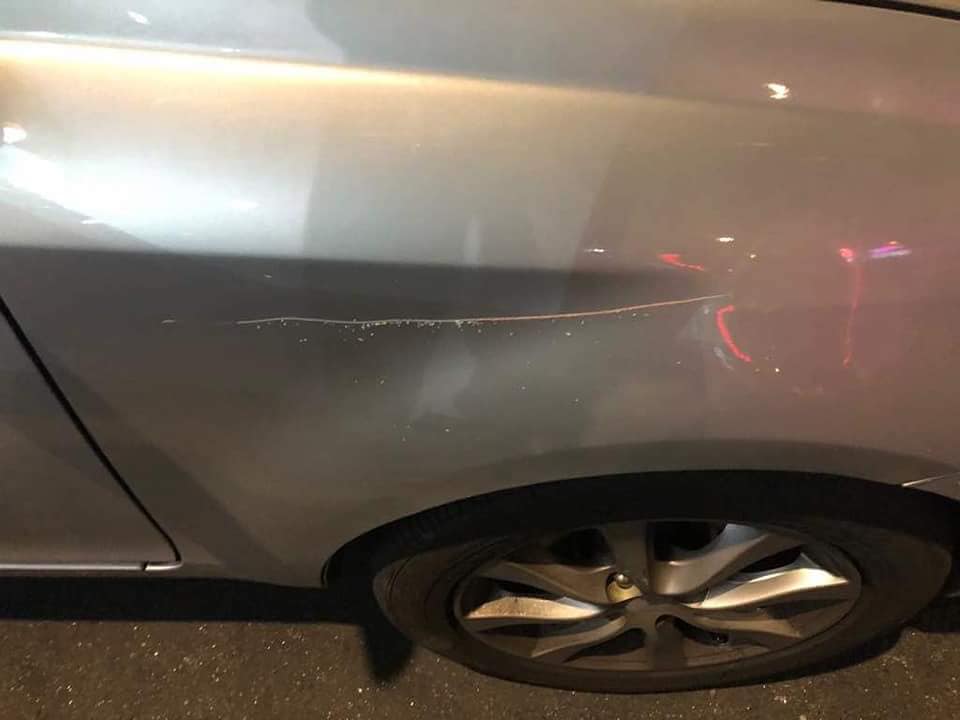 Other netizens who saw the post also voiced out their displeasure as they had suffered a similar fate at other restaurants. Meanwhile, others urged them to make a report to the authorities as this is very bad behaviour.

Even though some parking spaces may have been rented, there’s actually a designated time limit and you can make a report if you want to. Read more below to find out!

Also read: You Can Actually Park Your Car at Reserved Parking Bays After Business Hours 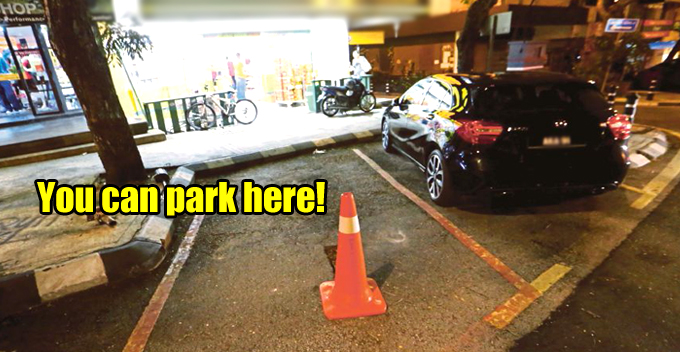