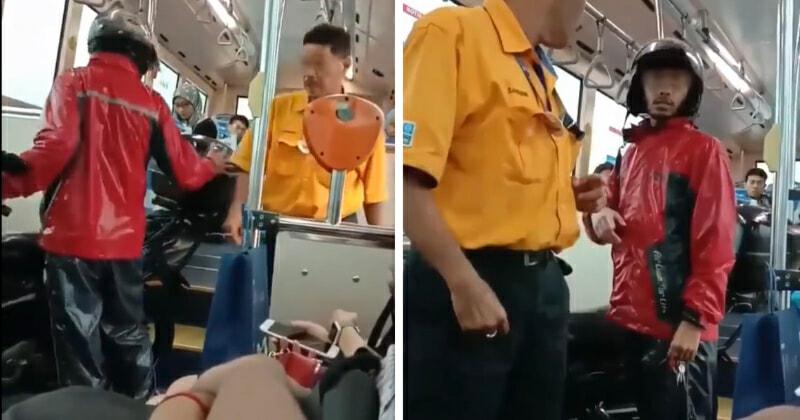 If you’re living in and around Klang Valley, you’d know that the weather has been quite unpredictable recently with some days being super hot while other days are filled with heavy rain downpour. The latter has got to be something that is dreaded by motorcyclists when commuting on their 2-wheel vehicles.

Recently, one particular motorcyclist was down on his luck in Subang Jaya as when he was riding during a particularly heavy downpour, his motorcycle broke down by the roadside. Thankfully, a fellow Malaysian, a RapidKL bus driver who noticed the motorcyclist’s struggles came to the man’s rescue by giving him and his motorcycle a lift on his bus.

The incident was recorded by a netizen who shared how the bus driver personally helped the man bring his motorcycle onto the bus. The video of the wholesome exchange, believed to have happened after the Sunway Toll exit has since gone viral on social media with many reposting it on various Facebook pages and Twitter accounts.

One particular repost, on a Facebook page called ‘Posting Pilihan TerViral’ lived up to its name with the video going viral with over 2,400 likes and 1,500 shares. In the comments section of the post, the actions of the bus driver was universally praised with many commenters saluting the RapidKL bus driver and even tagging RapidKL wishing that the company would give the bus driver a raise or bonus!

Now that’s something wholesome that would sure bring a smile on our faces during this uncertain times! What do you guys think of the whole incident? Have you been involved in a similar situation? Share your thoughts with us in the comments. 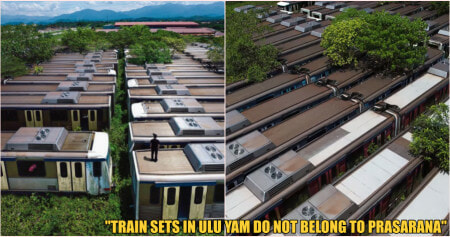