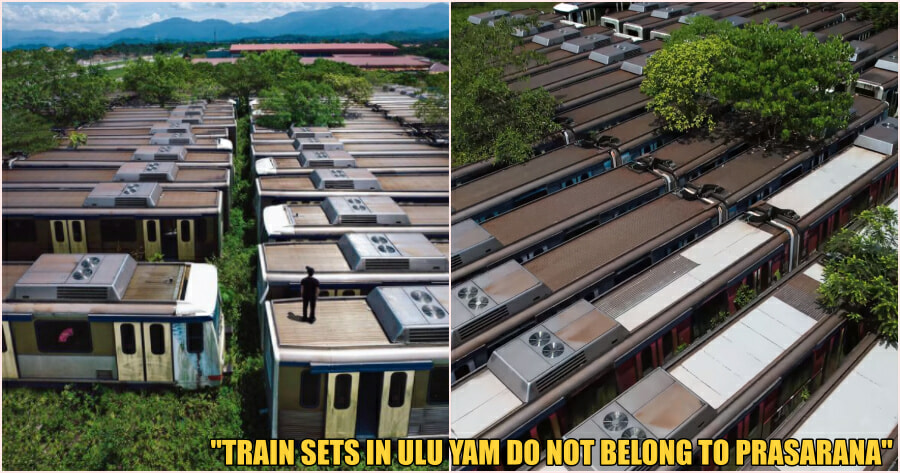 We’ve seen taxi graveyards but have you ever seen a train graveyard? A viral video of an area filled with seemingly abandoned trains in Ulu Yam has recently caught the attention of many Malaysians.

A video of the train graveyard was first posted on YouTube by local content creator HeartPatrick who said that he found the graveyard as he was driving around the area. He explored the area and had gotten an aerial view of the graveyard using a drone. 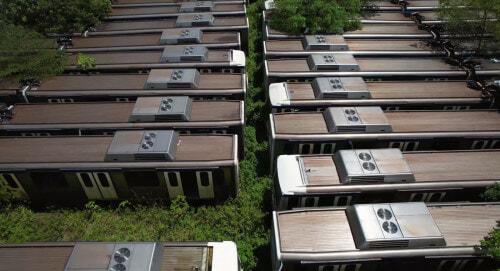 The scenes give off an image of a dystopian future and leave viewers wondering if this is what a post-apocalyptic world would look like. It was also pointed out that the trains were not old carriage as these were alleged trains from the Ampang and Sri Petaling LRT line which were replaced five years ago.

In the video’s description, HeartPatrick says, “Excited to have spotted this dystopian scene after an hour’s drive around vegetable farms and serene ponds. We are happy to report that there were no zombies in sight. But let’s still try to keep all the doors shut.”

From the videos, it seems that the trains have been left there for a while as the area has been overgrown with greenery and insects have taken up residence in the carriages themselves. 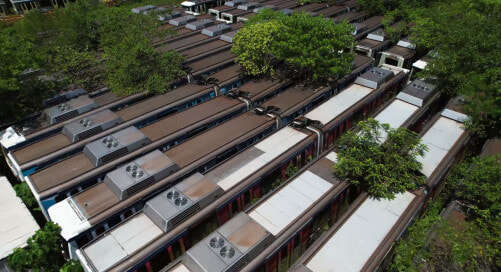 Not knowing who the trains now belonged to, netizens were quick to point out that leaving them there seems to be such as waste as the area as well as the structures themselves could be utilised in a variety of ways.

Some were even interested in purchasing one or two carriages to turn into a house or even a movie set.

However, some were more critical of why the trains were just abandoned there. One user said, “Why is it being left just like that, why not recycle any material that is available.”

Ever since the video plus a bunch of other videos featuring the train graveyard started to gain traction on social media, Rapid KL has since issued a statement regarding the abandoned LRT trains. 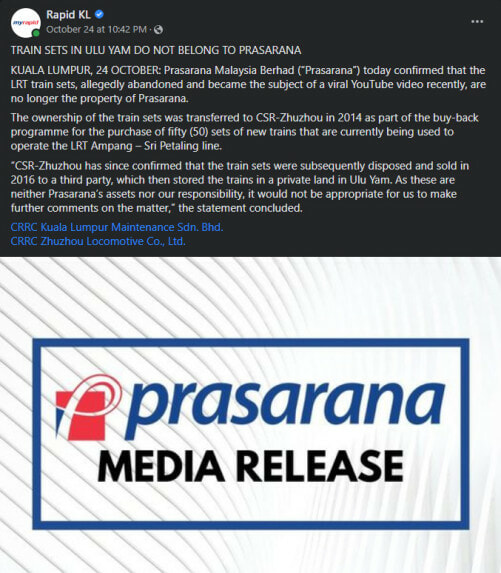 In a statement titled “TRAIN SETS IN ULU YAM DO NOT BELONG TO PRASARANA” on their social media pages, Rapid KL said, “Prasarana Malaysia Berhad (“Prasarana”) today confirmed that the LRT train sets, allegedly abandoned and became the subject of a viral YouTube video recently, are no longer the property of Prasarana.”

“The ownership of the train sets was transferred to CSR-Zhuzhou in 2014 as part of the buy-back programme for the purchase of fifty sets of new trains that are currently being used to operate the LRT Ampang – Sri Petaling line.”

The statement added, “CSR-Zhuzhou has since confirmed that the train sets were subsequently disposed and sold in 2016 to a third party, which then stored the trains in a private land in Ulu Yam.”

“As these are neither Prasarana’s assets nor our responsibility, it would not be appropriate for us to make further comments on the matter,” the statement concluded.

It is sad to see such a sight, but we can only wait and see what the current owner’s plans for these carriages are.

Also read: Thailand’s Out-Of-Work Taxis Have Been Turned Into Mini Gardens To Grow Food & As A Form Of Protest 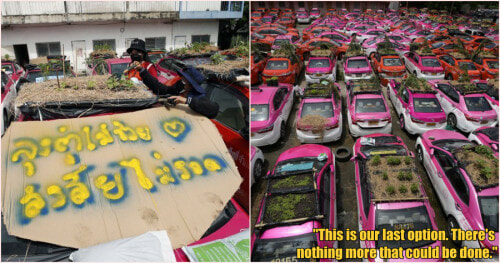