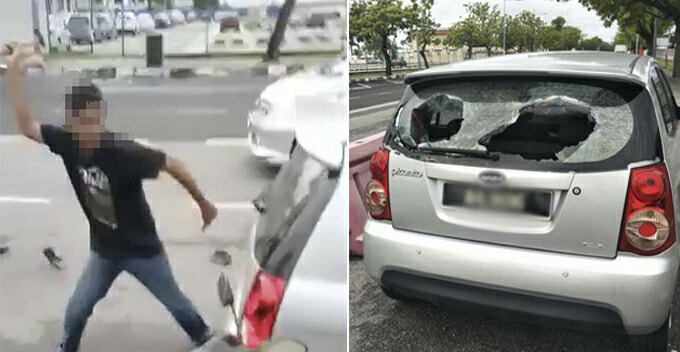 Somebody please give him a chill pill!

On 26 April, a pregnant female driver got into an accident with a male motorcyclist and things quickly turned ugly as the man started bashing the car windows and windshield. This incident took place at a junction in Taman Sungai Nibong near Bayan Baru in Penang.

According to The Star and Sinchew, the 27-year-old woman was heading to work at around 8.30am when a minor collision between her and a 31-year-old rider happened. It was unclear how the accident had taken place, but apparently no one was severely  injured. 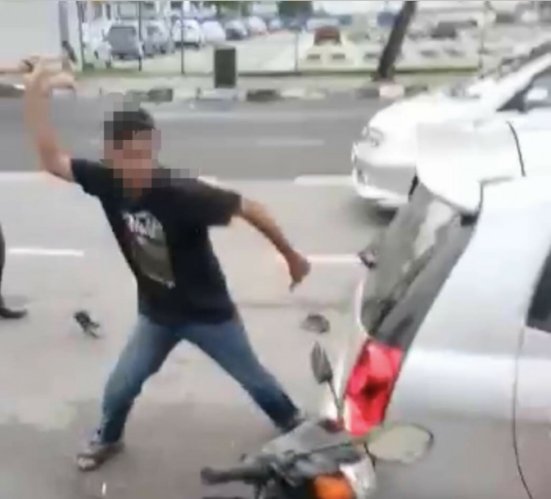 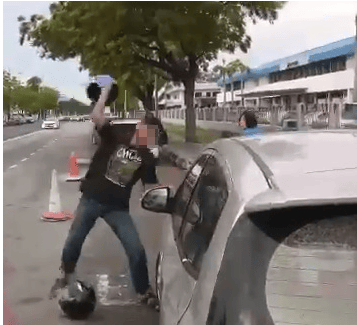 She had requested the man to lodge a police report at the police station together but the rider wasn’t fond of this idea. Based on the video that’s now going viral on Facebook, the rider wasn’t happy because his motorcycle sustained quite some damage but the car was only dented slightly.

Since both parties couldn’t come to an agreement regarding the compensation, the rider shockingly smashed the expecting lady’s car windows and windshield. Here’s the video.

“The suspect broke the driver’s front, side, and back windows with a hammer and a helmet. He then made a run for it,” Balik Pulau OCPD Supt. A. Anbalagan said.

Thanks to the efficiency of our boys in blue, the suspect was picked up just three hours later at his house in Bayan Lepas. Preliminary investigation revealed that he had five previous criminal records including three drug-related offences.

Also, he doesn’t have a valid motorcycle license, which explains why he die die didn’t want to go to the police station. 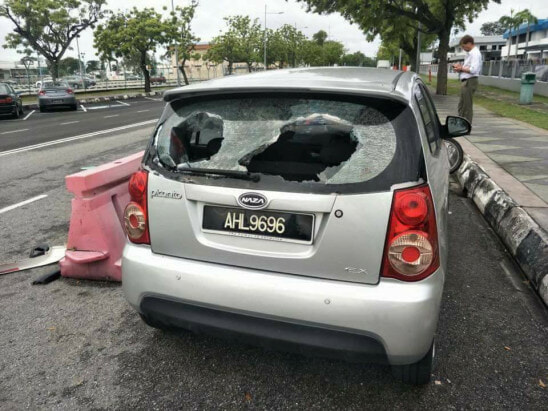 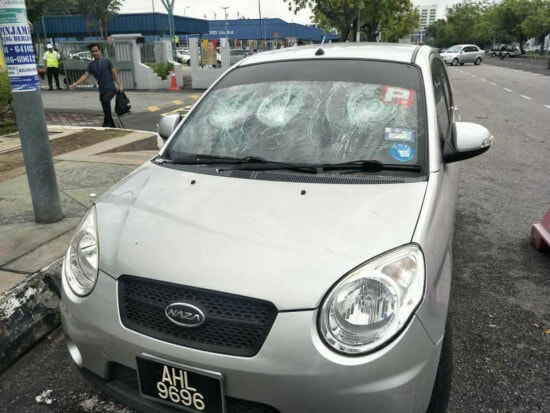 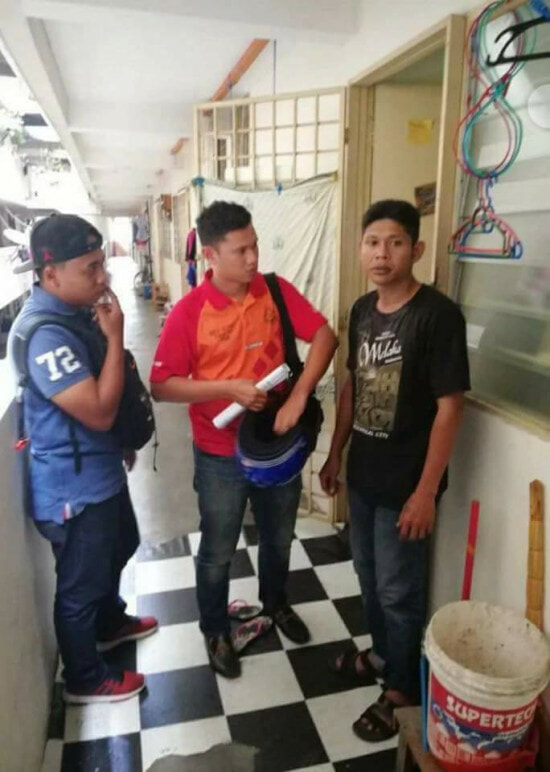 This case is currently being investigated under Section 427 of the Penal Code for committing mischief and causing damage. Upon conviction, he will face jail time of up to five years or get slapped with a fine, or both.

Besides that, he will be investigated under Section 15(1)(a) of the Dangerous Drugs Act 1952 as it was reported that he was high on drugs. 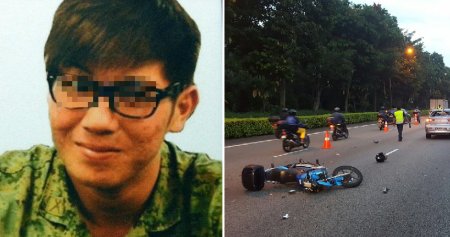