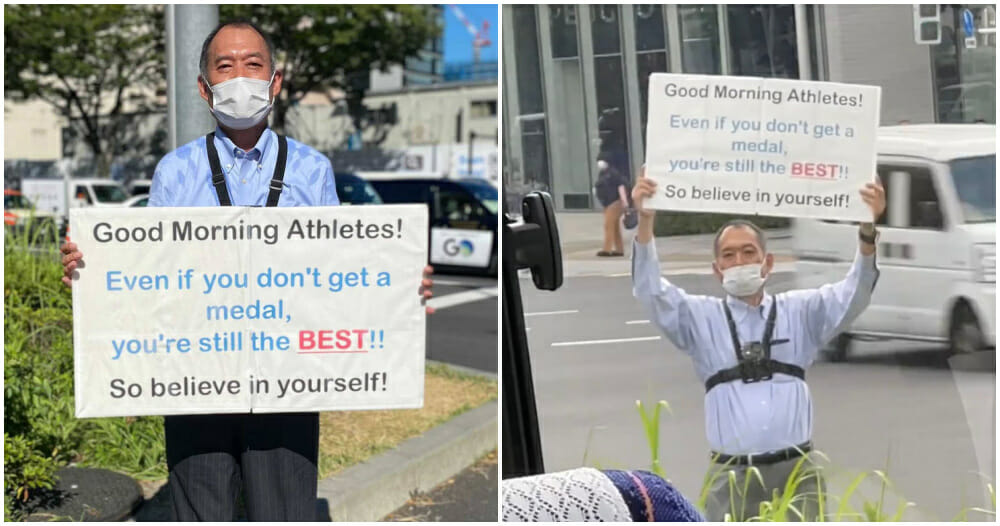 Despite some of our local athletes apologising for not being able to bring back a medal in this year’s 2020 Tokyo Olympics, Malaysians have insisted that it’s not their fault and we are still insanely proud of them.

Many of us can probably relate to the feelings of this senior Japanese man who stood outside the Olympic Village every day holding a placard with encouraging words written on it to assure the athletes that they are still doing their best even if they don’t win a medal!

According to Time Out, the placard has a printed message that reads:

“Good morning athletes! Even if you don’t get a medal, you’re still the BEST!! So believe in yourself” 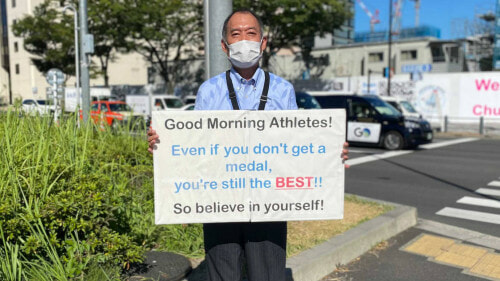 Photos of the man holding the signage have since gone viral online, winning the hearts of many netizens.

According to The Indian Express, the man is being hailed as a hero for spreading positivity around the Olympic village.

As reported by Time Out, the man comes as early as 7.15am every day and holds up the sign every time a bus transporting Olympic athletes passes by. He then stays around for about two hours each day.

Is there a nation that takes hosting an event more seriously? As in, individuals taking it upon themselves to ensure guests feel welcome and supported. I doubt it 🥺 Man, I love Japan! 🙏🏼🇯🇵

It has also been reported that he initially held up welcome signs a day before the opening ceremony on 22 July, but later decided to change his sign to a supportive message (26 July onwards), after observing many people obsessing over the medal count.

The man was said to stand outside of the village every day until the last day of the 2020 Tokyo Olympics, which was yesterday on 8 August.

What a heartwarming gesture! This uncle is truly the MVP of the Olympics. 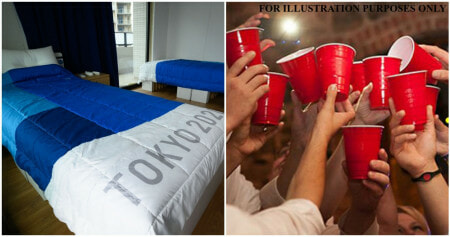