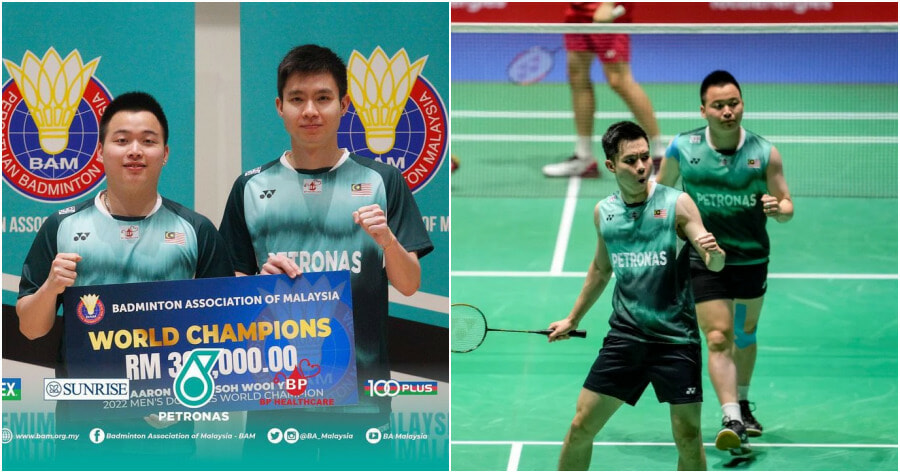 Two week ago, badminton doubles pair Aaron Chia and Soh Wooi Yik put their names in the record books after becoming Malaysia’s first-ever Badminton World Champions after claiming a historic victory over Indonesia in the final of the World Championship at Tokyo Metropolitan Gymnasium.

The news sent Malaysians badminton into a frenzy as everyone congratulated the historic pair for putting Malaysia on the map. 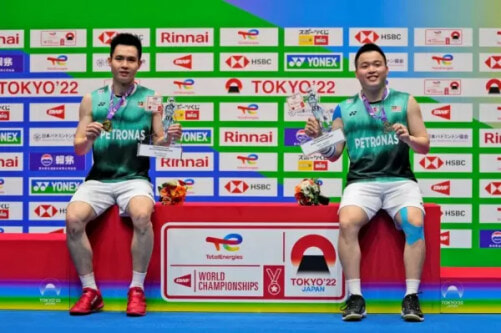 Recently according to a report by Astro Awani, both Chia and Soh attended an incentive presentation ceremony, which was held at the Akademi Badminton Malaysia in Bukit Kiara.

It was revealed that the duo had been rewarded with an incentive of RM300,000 from the Badminton Associations Malaysia whilst also receiving RM100,000 from 100plus, and another RM100,000 from Yonex.

Meanwhile, the President of the Badminton Association of Malaysia (BAM) Tan Sri Mohamad Norza Zakaria said that this is not the end of it. 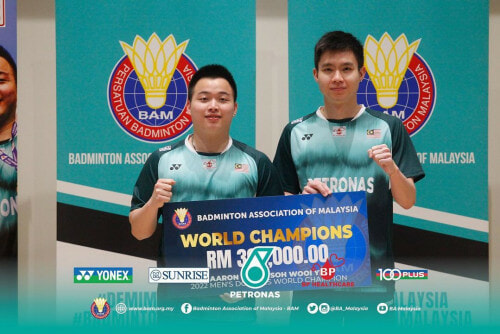 “This is only the initial stage. What I can tell you is that I will discuss with the government and sponsors to ensure they receive the appropriate rewards.”

He also said that he would suggest that the amount coming from the Sports Victory Prize Scheme Incentive (SHAKAM) should be increased according to the success of the doubles pair.

“I will propose to the Minister of Youth and Sports Datuk Seri Ahmad Faizal Azumu to consider the appropriate amount. Discussions will also be made with other stake holders so that these doubles are given the reward they deserve,” he added.

Do you think that it is well deserved? 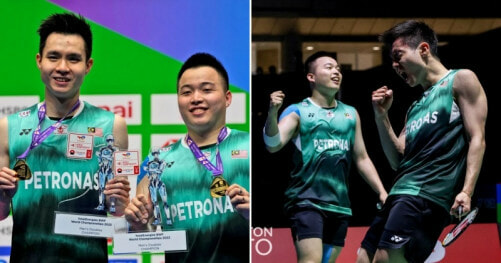