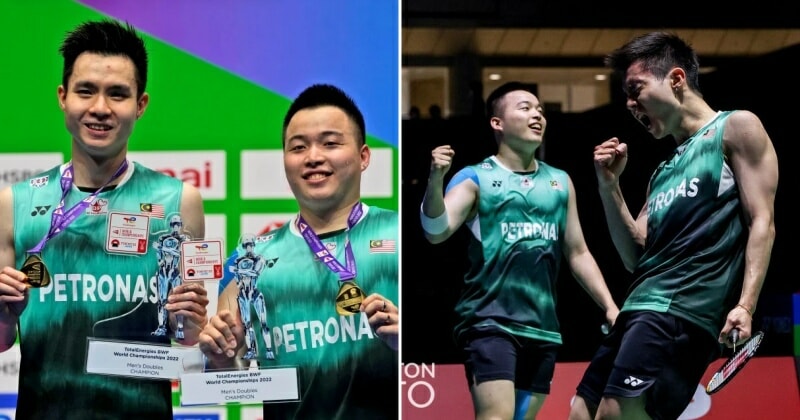 Aaron Chia and Soh Wooi Yik today put their names in the record books after becoming Malaysia’s first-ever Badminton World Champions! The world’s No 6 claimed a historic victory over Indonesia’s world No 3 Mohd Ahsan-Hendra Setiawan in the final of the World Championship at Tokyo Metropolitan Gymnasium today, winning 21-19, 21-14.

As reported by The Star, the victory is even more impressive given how the pair were behind 7-11 at the interval and the game seemed over at 16-11 and 18-12. However, Aaron and Wooi Yik persevered and made a comeback for an emphatic and historic win. 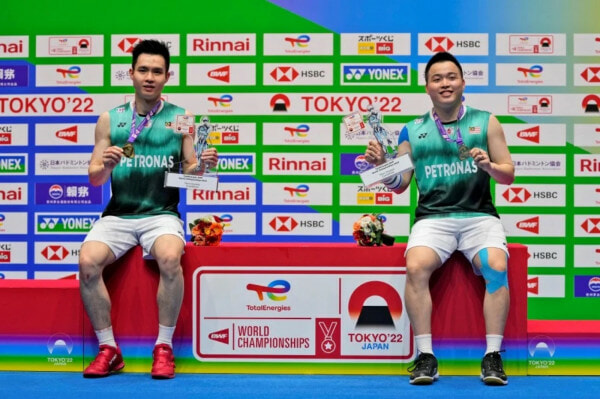 What do you guys think of Aaron Chia and Soh Wooi Yik’s victory? Share your thoughts with us in the comments! 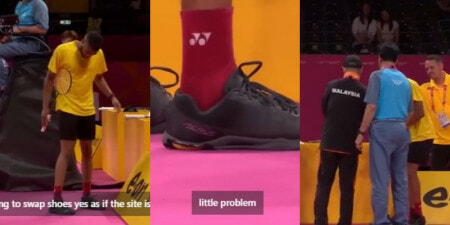