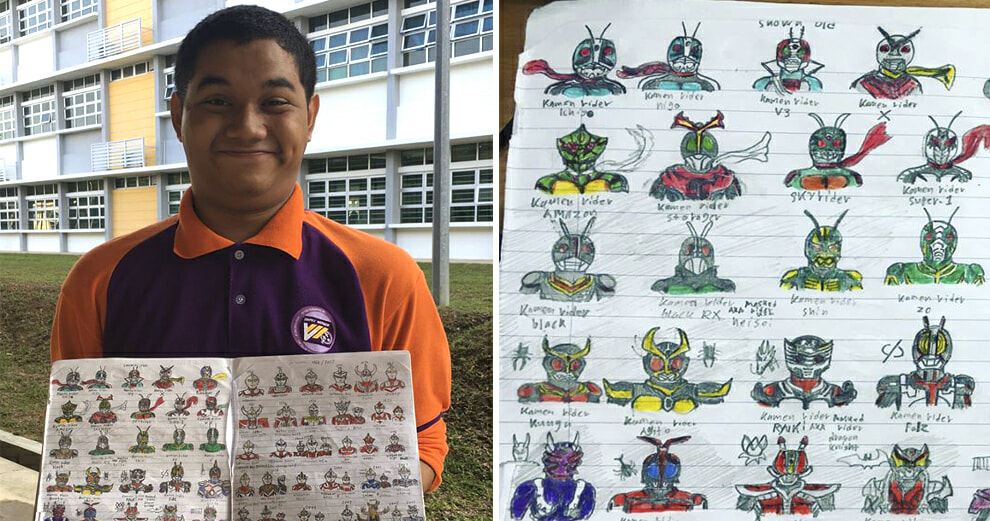 People with autism may lack in social interaction and communication skills, but one thing for sure is that their unique talents would always outshine the average Joe.

For instance, this 18-year-old autistic student, Muhammad Amsyar Anas Ramlee recently stunned thousands of netizens when his drawings were uploaded on Facebook by his teacher. 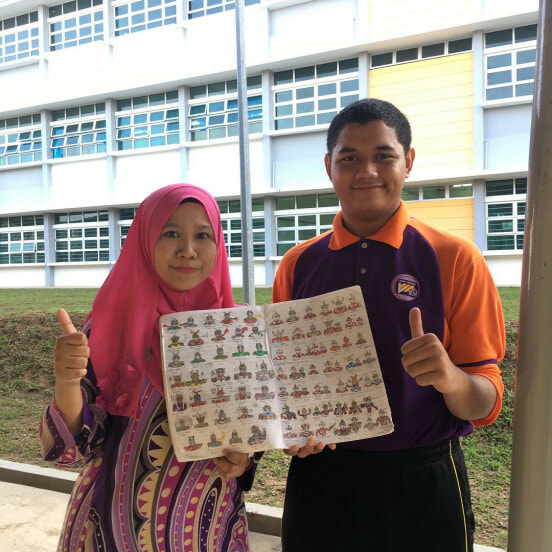 According to mStar, the teacher named Nurul Izani who teaches at the Special Education Secondary School Merbok in Kedah, was amazed by the sheer collection of superhero drawings from her autistic student.

“Since the beginning of the year, I’ve noticed that he loves drawing, but I never knew that he has such a huge collection!” the teacher said.

“Most of the time, he draws only large-scale superheroes, but when I saw the smaller ones and in such a huge quantity, I asked if I could take pictures of his drawings and shared them on Facebook,” she added. 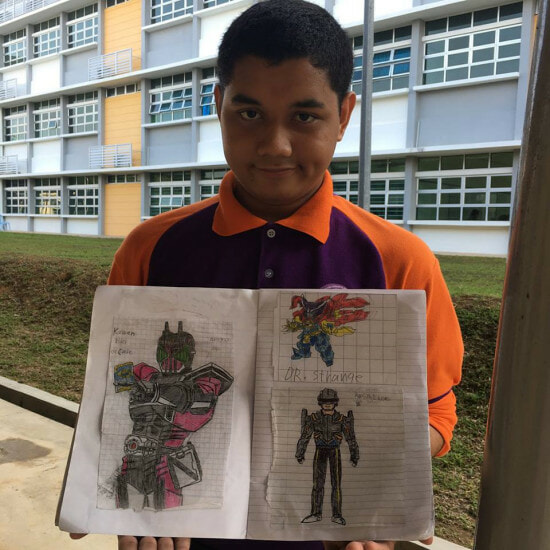 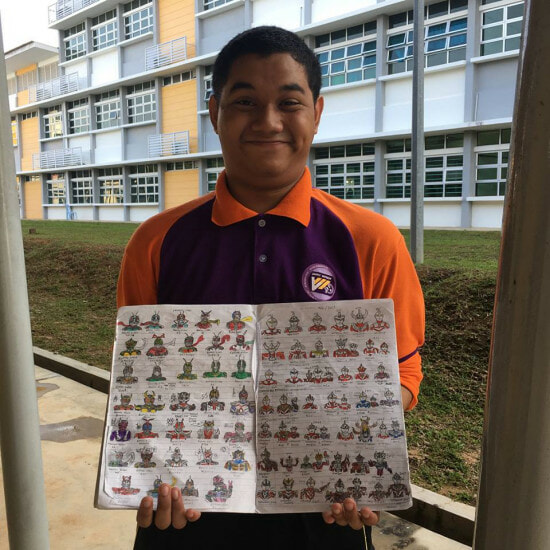 Obviously, his favourite superheroes are Ultraman, Masked Rider (Kamen Rider) and Power Rangers, as the pages in his exercise book were filled with hundreds of those characters!

Although they were all drawn in small scale, it’s obvious that each character received individual and undivided attention from Amsyar, making the drawings seem simple, yet very detailed up close.

Besides, each character’s name was properly labelled below the drawings! Some were even accompanied with their names in Japanese! How neat is that! 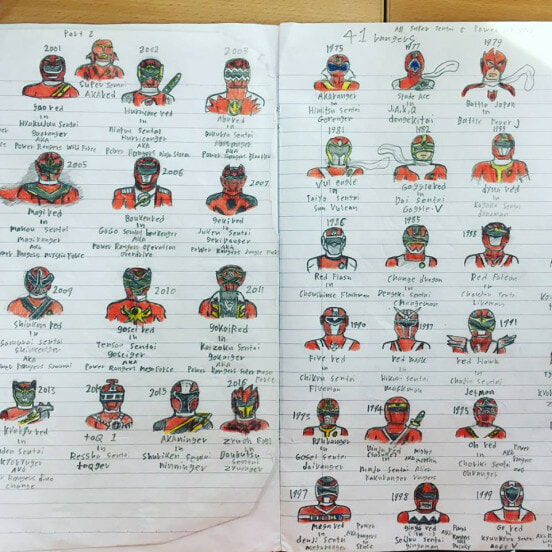 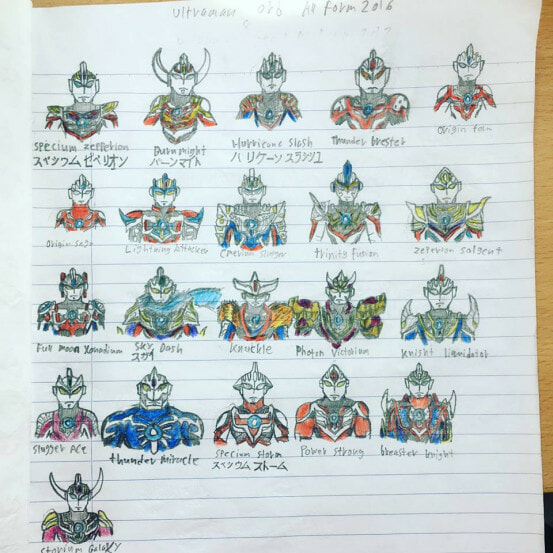 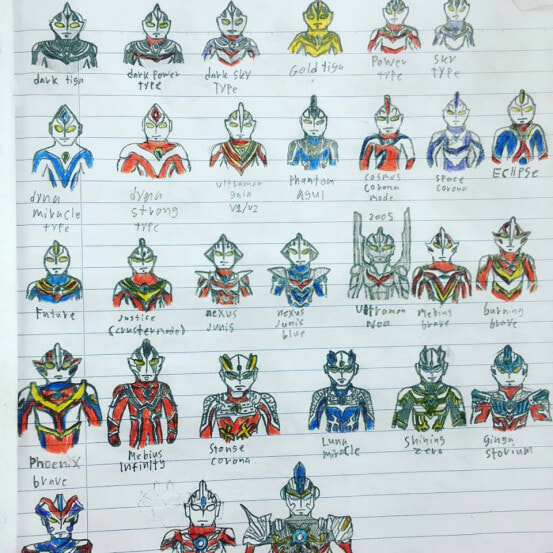 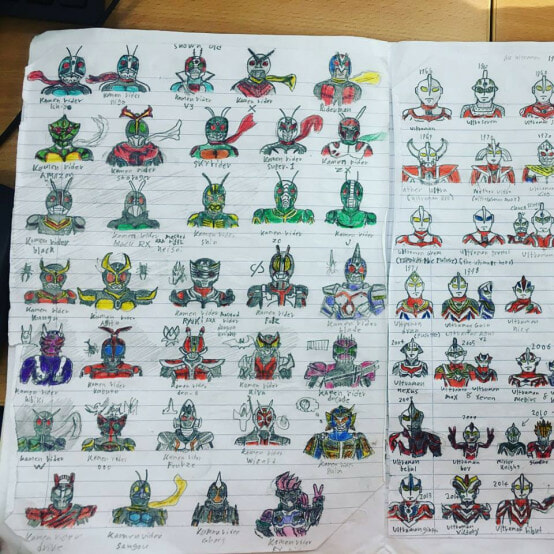 “I started noticing his passion for drawing when he was the first student to enter my computer class and also the last one to leave, just so that he could use the computer to search for superheroes as reference before he starts drawing.”

“That’s why I’ve never thought of scolding him. In fact, I allow him to use the computer. Special students like him usually have hidden talents or an undiscovered passion for something, and it’s our job as teachers to cultivate their interests.”

Netizens were taken aback after his drawings gained traction on social media. “If you look carefully, you’ll notice how smooth and flawless his drawings are,” a netizen said.

This teen certainly has great potential. Give him a few more years and I’m sure he’ll surprise us with something even better! 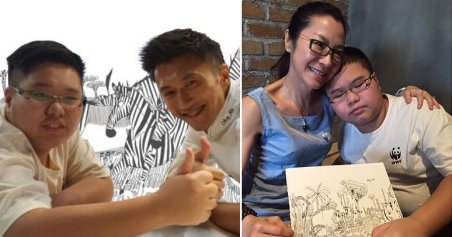