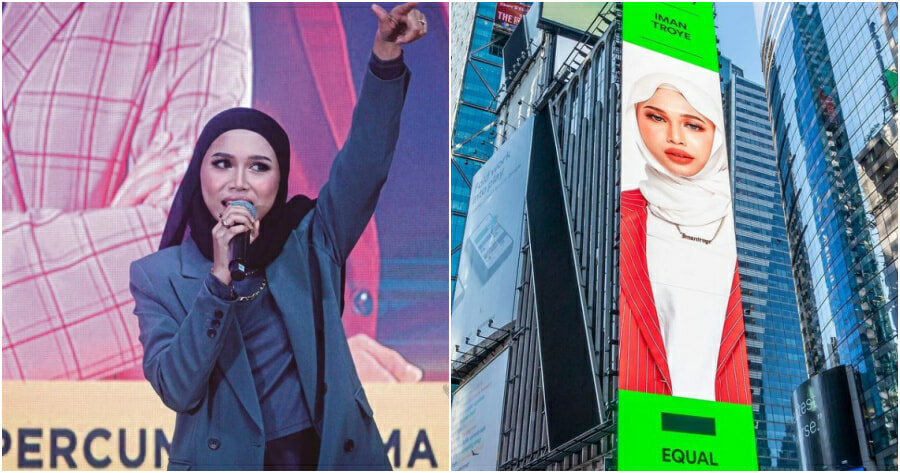 Despite the ongoing pandemic, this is also perhaps the year where our local talents make worldwide recognition. A couple of months ago, the Malaysian girl band Dolla became the 3rd local artiste that was featured on New York’s Time Square Billboard, following Yuna and Layla Sania’s footsteps.

Just recently, another local talent had made it to the billboard in New York’s Times Square. 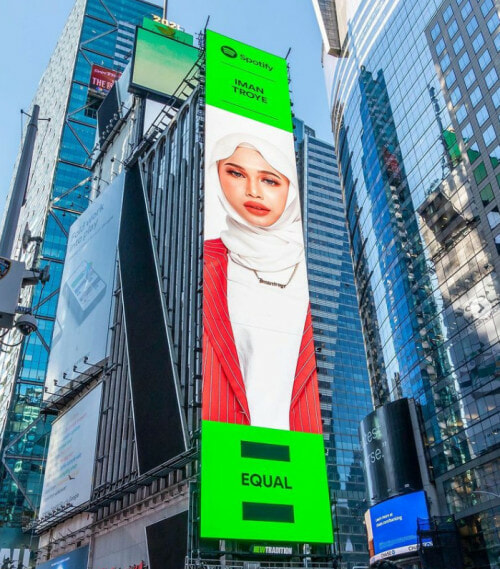 Meet Iman Troye, an 18-year-old singer who found fame through her songs, Nang and Teman prior to making her debut on the iconic billboard in New York. The singer, who is from Rawang, certainly did not see this coming especially when she is still new in the industry, as reported by Berita Harian. 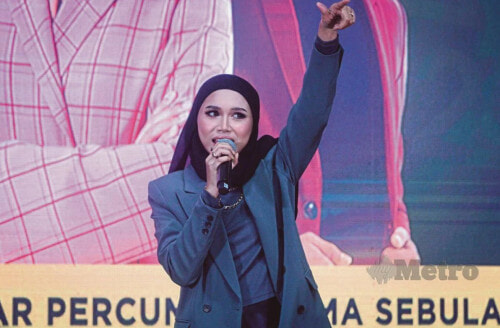 “I’m grateful for this honor and it is a huge achievement for me as I’m still new in the local music industry,” she said while also expressing her hope in continuing to share her talents.

Iman Troye (real name Iman Alyssa Sahabudin) immediately took to her Instagram account to express her excitement and gratitude upon finding out that her picture is decorating the iconic billboard in New York.

“Mom, look! My face is on the billboard!”

In the post, Iman also expressed her contentment to be featured on EQUAL and represent her own country, as well as Singapore. EQUAL is a campaign and a global programme by digital music streaming platform Spotify, in its efforts to highlight and celebrate female artists around the world. As of now, there are 35 local EQUAL playlists that include artists from over 50 countries. You can check out the playlist here.

We would like to extend our congratulations to Iman Troye for her recent success and achievements!

Are you proud of Iman’s success that has gained worldwide recognition? Let us know your thoughts in the comments below! 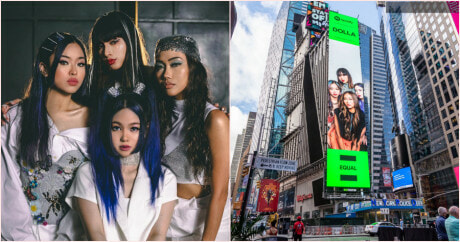