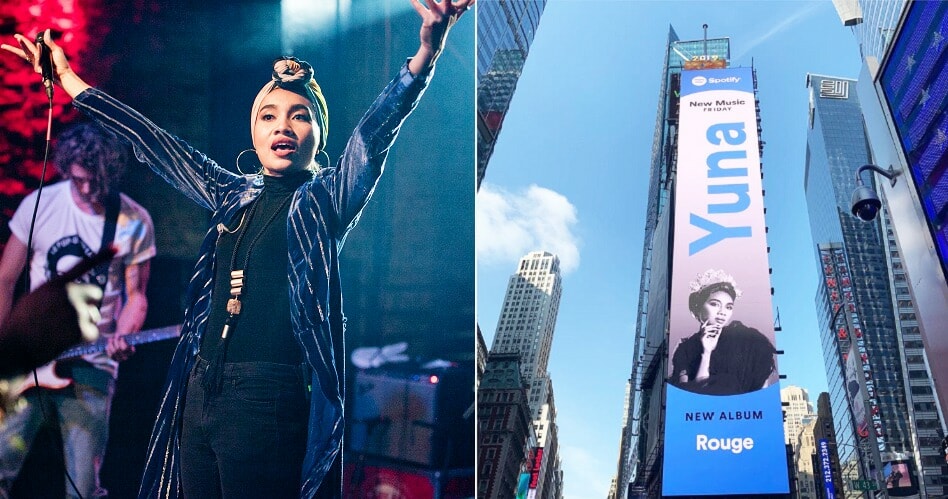 Yuna has done it, yet again!

Our homegirl’s latest album got featured on the iconic New York City Times Square billboard by Spotify and we couldn’t be more proud of her. 😁❤

The songstress shared the good news on her social media accounts – Twitter and Instagram – and of course, she was extremely excited by her achievement. Who wouldn’t be? Especially since appearing on Times Square billboard is a huge thing for every artist!

“From KL to the world ❤. My new album #yunarouge is out today! Thanks, @Spotify this is freaking awesome! #TimesSquare.”

From KL to the WORLD! IT’S ROUGE DAY EVERYWHERE AND IT’S DEFINITELY ROUGE DAY IN TIMES SQUARE NYC! ❤️❤️❤️ ROUGE OUT NOW!! Also go take photos there and tag me!! #yunarouge thanks @spotify!

FYI, Yuna’s album, Rogue, just dropped on 12th July 2019 and it features 11 songs – including one Malay song! The talented singer has also collaborated with several other artists like G-Eazy and Jay Park in this album. Nice!

You can listen to one of the songs – which features Jay Park – from her album below:

Currently, Yuna is on a world tour called the Rogue Tour, and she is living her best life by playing music to her fans. That said, if you’ve bought tickets for the upcoming Good Vibes festival, you’ll be excited to know that our girl will be playing during the music festival. Yas! Hopefully, she plays our favourite song!

On that note, we at WORLD OF BUZZ extends our hearty congratulations to our favourite singer for her amazing achievement. We only hope that Yuna will continue to grow even more from here on. All the best, Yuna! 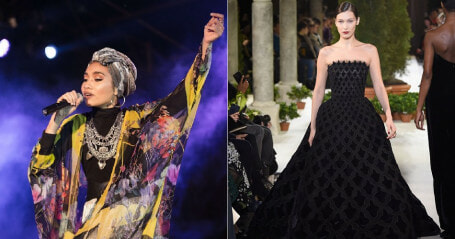