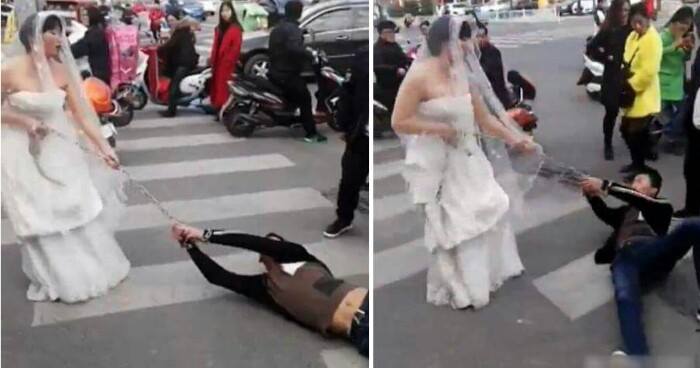 A wedding ceremony should be a joyous occasion between two love-birds. The bride is dressed in a stunning white gown and the man in a very smart suit.

Usually, a throng of guests are invited to witness the holy matrimony too.

However, it seems as though things didn’t go very well for this couple as the bride was seen dragging her soon-to-be husband around town with a metal chain, Shanghaiist reported. 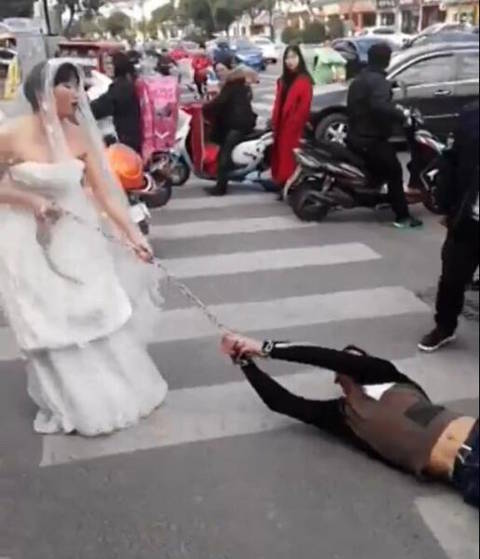 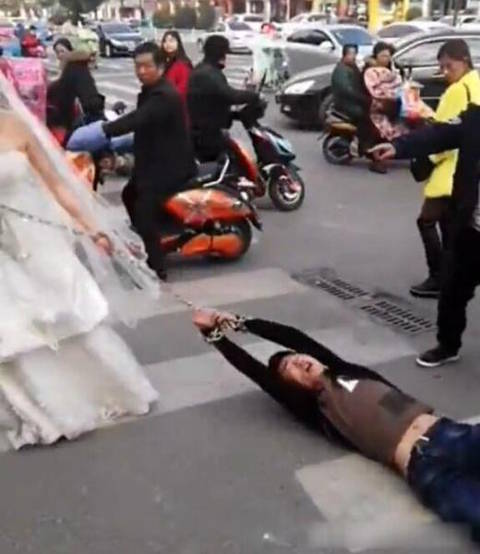 The incident took place in China and the bride was still adorned in her wedding dress. Meanwhile, the poor guy who had his hands tied up by the chain was wearing a normal brown t-shirt, black jacket and jeans.

According to online reports, the groom didn’t show up for his own wedding. Hence, the infuriated woman went out to search for him.

The man obviously did not hide well enough as the angry bride eventually caught him.

Well, if I had to marry a psychotic woman like that I would have ran far far away… 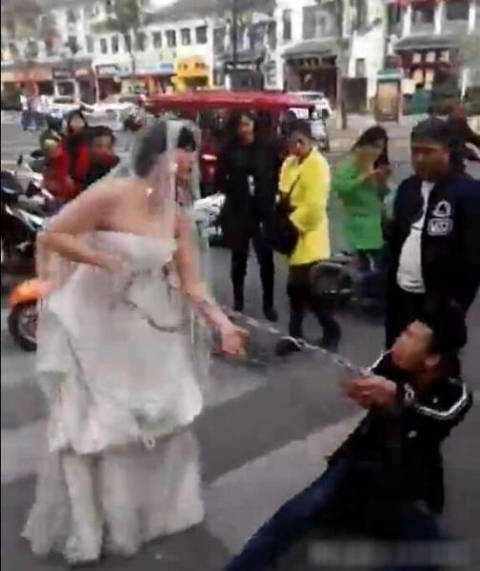 While she was dragging him through the streets, the angry woman could be heard screaming,

“Are we getting married or not?!”

It is unclear as to why the man ran away in the first place. But if the woman could use a chain to tie me up and drag me around, running away seems like the best option.

However, the story does seem rather skeptical as there are questionable loopholes – like how was she able to tie him up with a chain? Though she may have had help from family members. 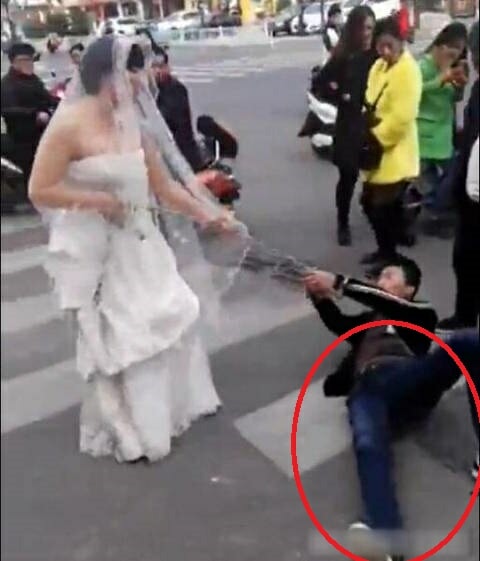 Some Chinese netizens claim that the couple could be a pair of actors who are trying to promote something or they are just doing a performance.

Regardless of which is the truth behind this epic scene, it is advisable that you guys don’t FFK your groom or bride on your very own wedding day. Later they drag you around with a chain, man!

Read more: Groom Had To Forcefully Drag Bride Away From The Computer To Attend Own Wedding 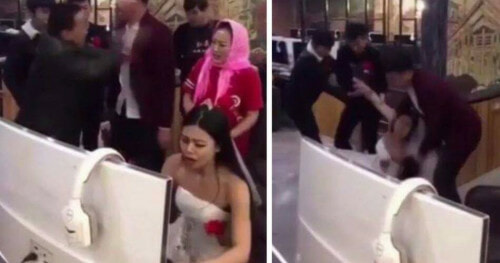