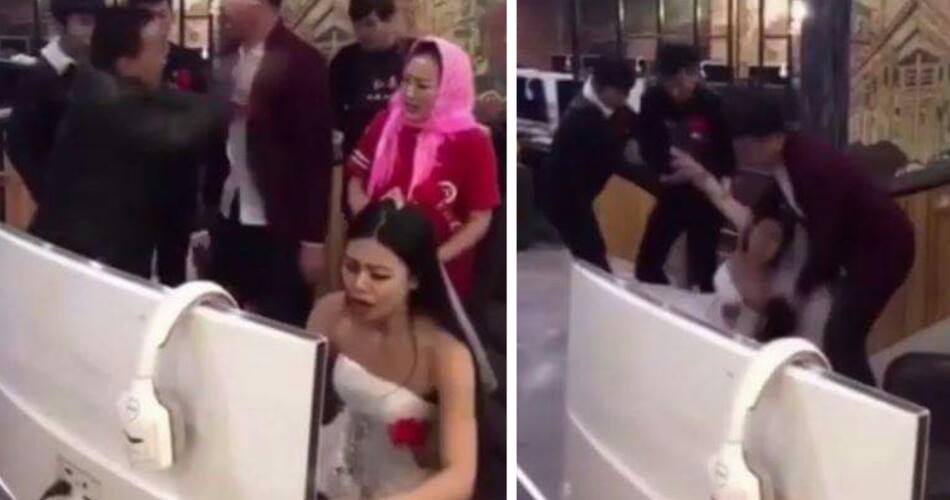 Gaming is typically something guys are more addicted to than girls. We’ve heard of multiple stories of men being found dead by their computer after continuously gaming for days.

But in a twist of events, a woman who was SO addicted to her game that she had even neglected her marriage! 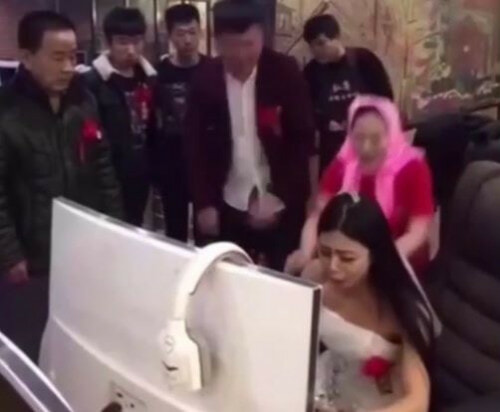 The incident allegedly took place in China as a video of several people literally dragging a woman in her wedding gown away from a computer went viral, Mirror reported.

Funnily enough, the ceremony was about to start very soon and she was all ready in her dress. She even had her make up done.

The bride-to-be was in the midst of playing League of Legends when her groom, his parents and a couple of his friends begged her to end the game.

But the only response they got was “wait a minute” from the busy bride as she pushed her future family-in-law away. 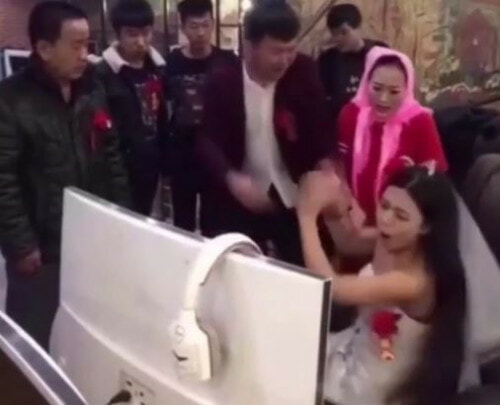 Her future husband was even more distressed as he screamed,

“The ceremony is happening soon!”

But weirdly enough, the groom’s father wasn’t angry at the addicted gamer girl. Instead, he was angry at his own son!

The angry elder man gave a hard slap across the groom’s face and shouted,

“What’s wrong with you? You can’t even control your own wife. Now drag her out of here.” 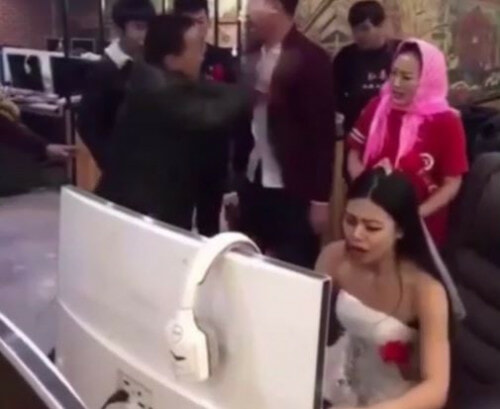 Obviously, the girl was oblivious to the drama happening around her as she was just too immersed in her game.

Finally, the groom yelled “Please, my wife, I beg you, come with me,” while he and his friends dragged the woman away from the computer. 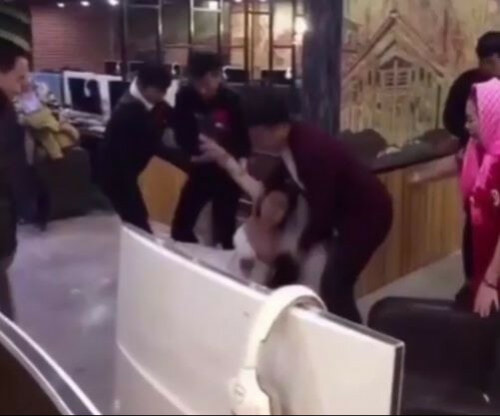 Netizens in China speculated that this could have been just an act. But whether it is a real incident or a set up, it sure made our day! That’s a literal LOL right here!

Watch the video of the whole incident over here: