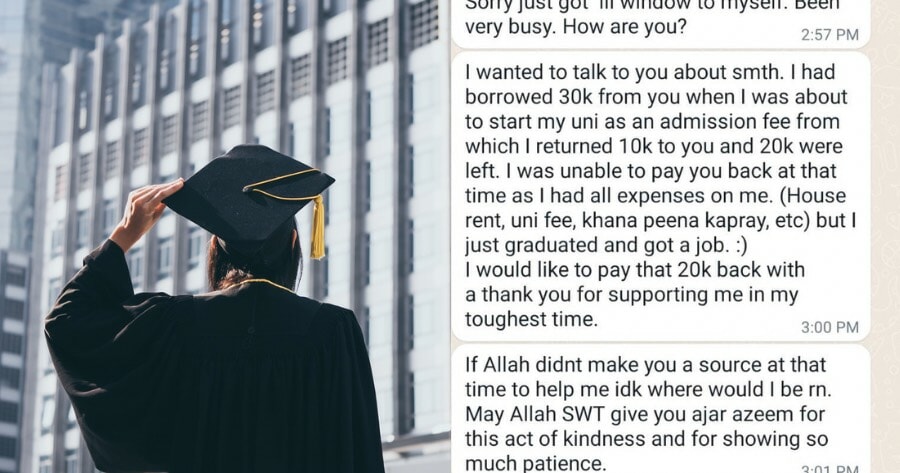 Borrowing money has always been a challenging thing to do especially if you’re on a tight budget. Many people would choose not to lend their friends any money as they’re afraid that they won’t return it.

In this case, a man on Twitter by the name of Talha has shared his experience of lending his friend money.

In his tweets, he mentioned how a friend asked to borrow $30,000PKR (RM626.27) back in 2017. He said that her friend wanted to borrow it as it was for her university admission fee.

He decided to lend her the money and did not pester her about returning the money. In fact, he had his mind set that the money borrowed would be at a lost cost.

But, to his surprise, she texted him 5 years later (2022), and told him why she wasn’t able to return the money sooner.

She said that back then when she entered university, all expenses were on her ( rental fee, daily expenses, university fee). She mentioned that she has now graduated and found a job, she is able to return the money back to him. 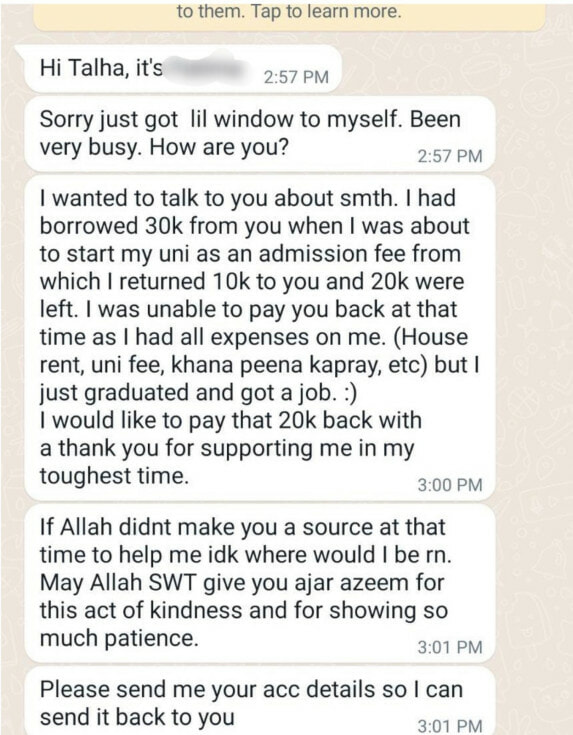 Talha has mentioned that the reason he is sharing this incident is because he thinks that:

“If we are able to help someone out, we should.”

Lastly, he added that: “it’s our moral obligation as a human to do more so that this world could be a better place.”

We’re happy to see that despite many cases of people not honoring their promises, there are still people out there who would do right by their friend and return their kindness. 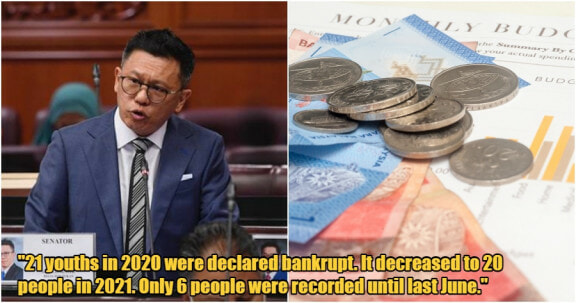