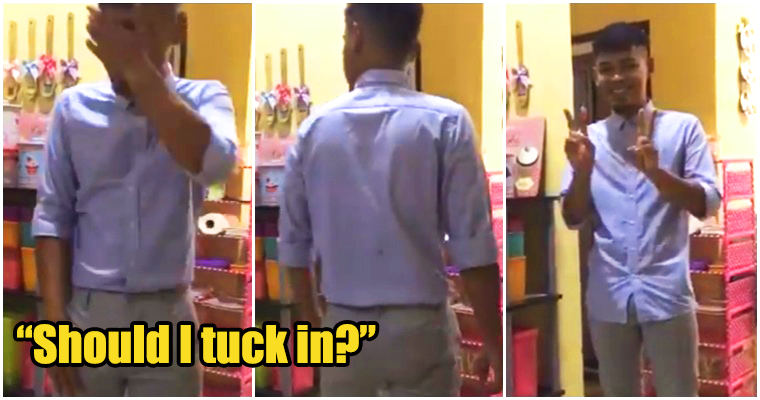 Going out on your first few dates EVER can be a little nerve-wracking. No one can avoid feeling like everything should be perfect, when in reality there’s a lot we have to learn. We’ve been there.

Everyone’s developed their own way of preparing themselves for a date because no one has ever laid out any guidelines on how it should be done. BUT, we think that this could be one of the #cutest ways to do it.

Recently on Twitter, Rafiqha posted a video she took when she found out that her 23-year-old little brother, Amirul Afzan, was anxiously looking for their mother because he needed his ‘personal image consultant‘ before going out on a date.

The nervous guy can be seen going to and from a mirror and chuckling nervously while checking out himself.

Amirul: I wanted to ask her whether I look okay.

Rafiqha: What do you mean okay?

He’s going out on a date guys! His girlfriend is going to come and pick him up. He’s already 23 but still momma’s boy.. Hahaha.”

He’s not the only one

While it might seem a bit odd for a guy to do this, apparently he’s not the only one who needed a personal image consultant’s services.

“He’s not the only one. This is me too.. Or simply every other guy is like this? I don’t know, but my sister-in-law would always be my personal image consultant.”

“Your little brother is such a gentleman.. Very neat.. Protect him at all cost! BTW, where did you buy the tupperware rack?”

“Haha.. What a cute character… He must be the type that would get shy around girls”

Awh.. This is really precious. For those of you guys out there who are clingy with your mums, don’t sweat what people are going to say. Everyone knows that you will make a fine gent. 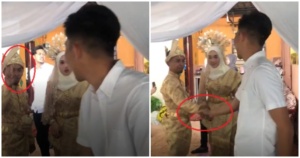