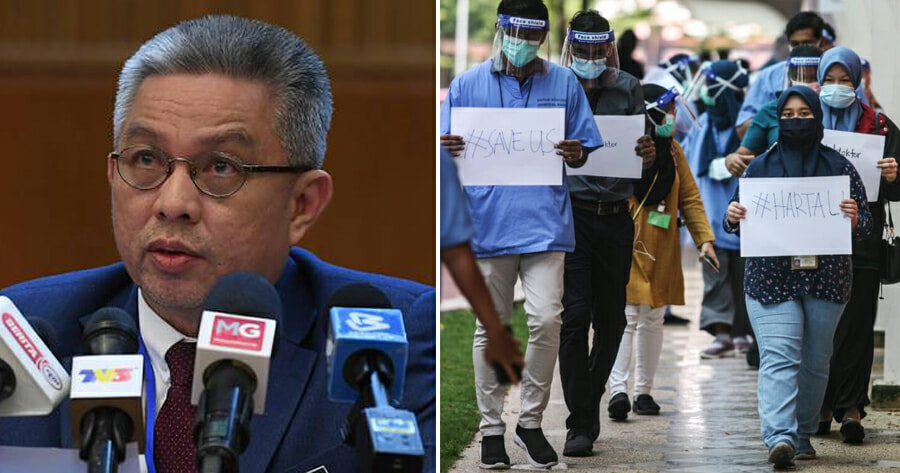 Health Minister Datuk Seri Dr Adham Baba assured that no disciplinary action would be taken against any doctor or contract health officer who took part in the #HartalDoktorKontrak walkout on 26 July, and added that contract doctors had the right to voice their views.

“Insya Allah, there will be no action against them even though they went out for a demonstration yesterday,” he said during a parliamentary session on 27 July. 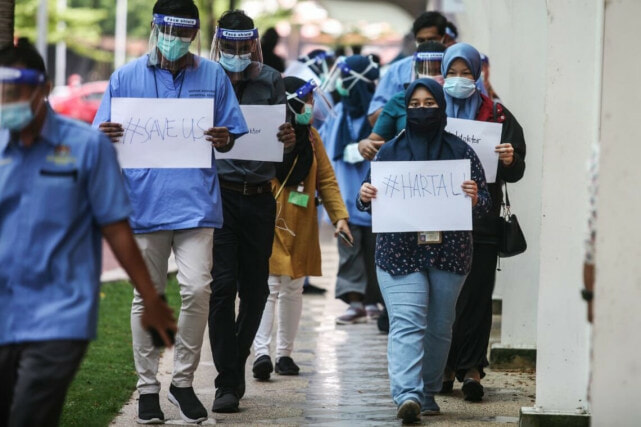 He said this in response to a question from former Health Minister Datuk Seri Dr Dzulkefly Ahmad on whether the Ministry of Health (KKM) will take action against the contract doctors involved in the demonstration which was carried out in a peaceful manner while following Covid-19 standard operating procedures (SOP).

Dr Adham Baba added that the government had prepared short and medium-term plans, including extending the two-year contract term, to enable KKM to table amendments to the Pension Act 1980 and the Medical Act 1971, reported BERNAMA.

He explained that the amendments would allow contract doctors to obtain permanent positions with the pension method or the Employees Provident Fund (EPF) contribution option.

“I promise to bring them (amendments to the act) to Parliament so that we can help them (contract officers). I hope for the support of the Honourable Members so that it can be discussed (to be amended) and approved so that the contract doctors can be properly protected,” he said. 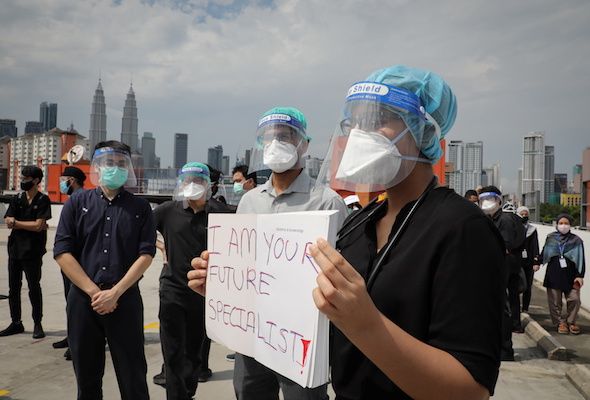 Previously, Malaysians were enraged after PDRM opened an investigation against the movement, especially the one at Hospital Kuala Lumpur, due to the SOP of no public gatherings being allowed during the MCO period. 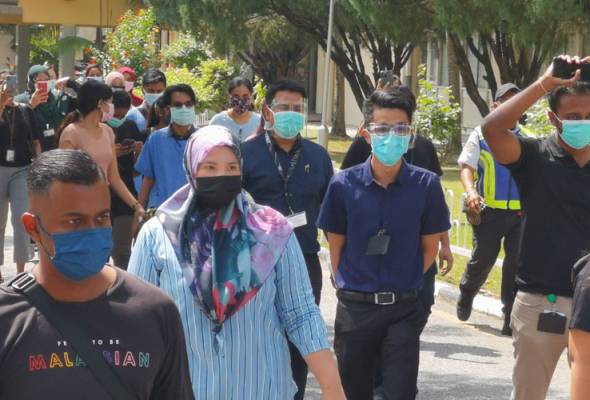 On Monday (26 July), hundreds of contract doctors and medical officers nationwide staged a walkout to express dissatisfaction with the government.

Their walkout was conducted with careful prior planning and the doctors made sure their respective stations were covered before they went out for their protest at 11am.

Also read: “Remember the oath we made” Health DG Urges Contract Doctors Not To Go On Strike 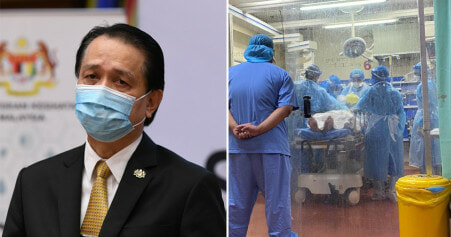