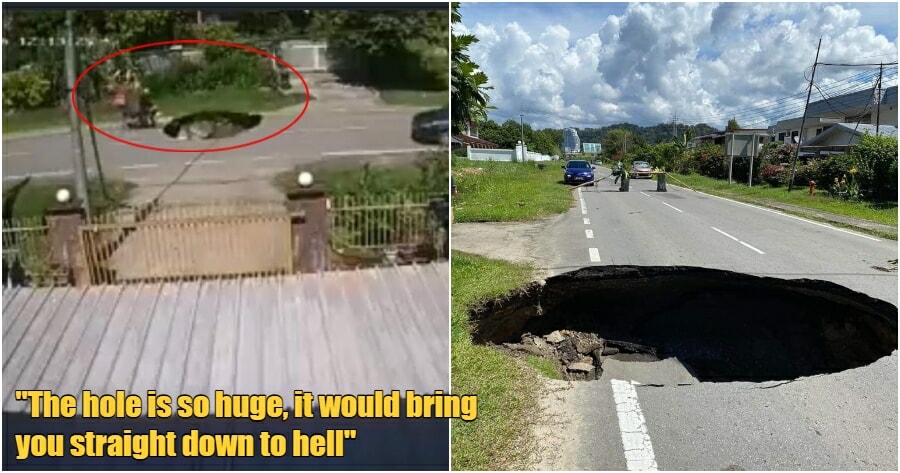 Malaysia and its unpredicted weather is not shocking anymore for fellow Malaysians. It could be sunny and bright one minute, then raining cats and dogs the next.

Recently, pictures and videos went viral on Twitter of a huge hole in the middle of the road, which is assumed to be a sinkhole nearly causing a rider to fall to his death.

It can be seen in a CCTV video, a rider was saved from a near-death experience where he was extremely close to falling into the large sinkhole.

Luckily, he realised what was ahead of the road on time and he managed to brake before falling to his left side, which is a much better option than falling into the death hole! 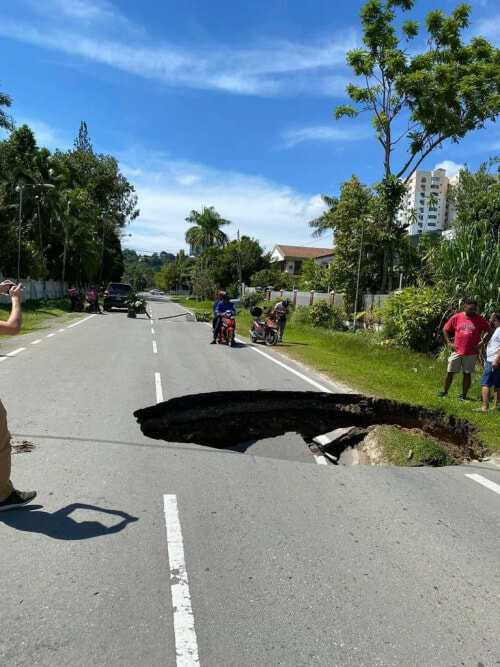 According to Harian Metro, located in a road at Jalan Teluk Likas, Kota Kinabalu the sinkhole was noticed by road users around 12pm yesterday, which was allegedly caused by soil deposits.

Ir Ali Ahmad Hamid, Director of Works Sabah stated they are aware of the incident and has taken immediate action. The Globinaco concession company has also been instructed to review the situation at the scene.

This was the THIRD recurring event at the exact same road!

The incident received a number of audience, some shocked seeing the size of the gigantic hole and some urged the state government to do something to ensure the safety of the road users on that road.

One Twitter user commented their experience with the same road, stating that similar incidents have happened. Including this one:

“This was the THIRD recurring event at the exact same road.”

The user added that till now they do not know the reason for this occurrence. 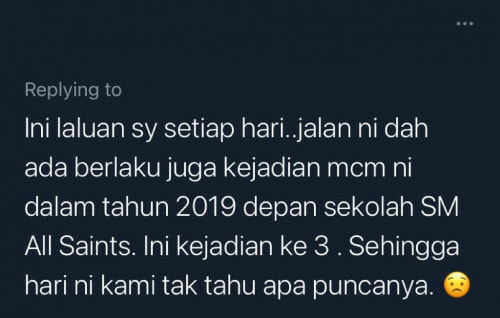 “Please repair this as soon as possible… Don’t wait for this to go viral, or to take someone’s life for it to only get repaired.”

One user commented saying they should at least put a sign before falls into the hole not realising that there is one. 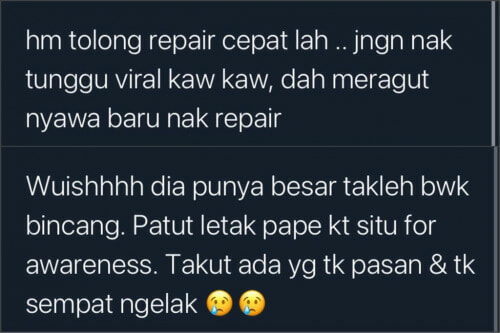 Shocked by the size of the sinkhole, Twitter users had time to leave satirical comments.

“Did a meteorite fall here or something?”, one user joked.

“Looks like it’s going to teleport you to another dimension”, another said.

Another netizen mentioned how the sinkhole does not even look like a sinkhole anymore. It just looks like a black hole at that point because of how big it is. 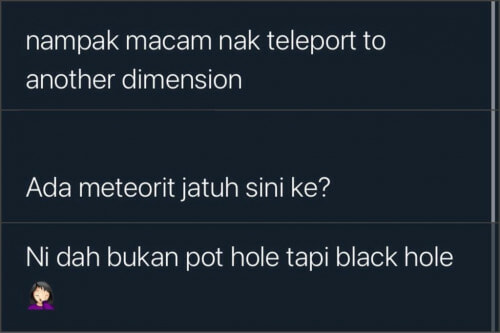 If you know of anymore sinkholes in Malaysia, please drop your concerns in the comment section.

Also read: Both Lanes On Jalan Sri Hartamas 1 in KL Closed Due To Large Sink Hole 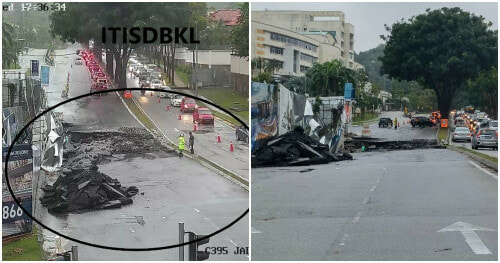