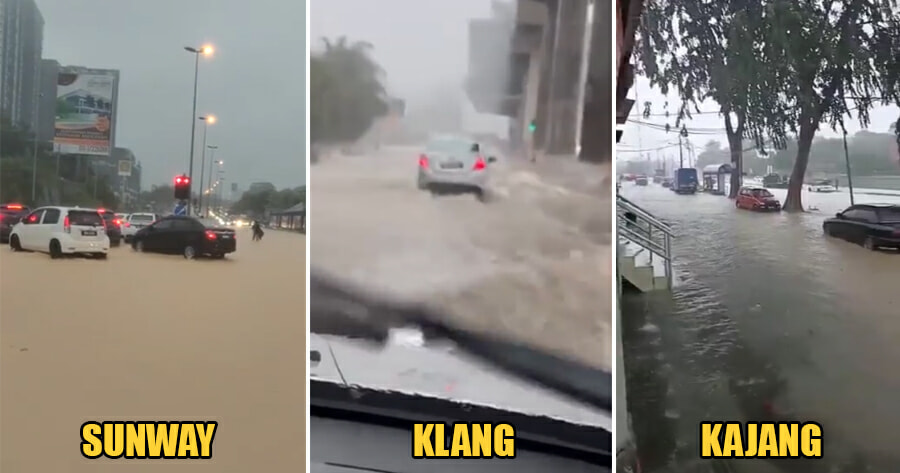 The weather in Malaysia is always unpredictable. After almost a whole week of scorching weather, the rain poured all day on Wednesday (20 October), leaving behind massive floods and damaged property.

Several districts and states had to bear the outcome of the constant rain with some suffering damage to their cars while others had to evacuate their homes.

The heavy rain caused flash floods in Jalan Mohd Yamin due to the overflow of the river, causing 15 houses to be flooded and affecting 31 residents, reported Harian Metro.

Flash floods were also reported near the shopping centre at Persiaran Bukit Raja 2, Bandar Baru Klang where five vehicles were stranded in the flood that was about 1.2 metres deep. 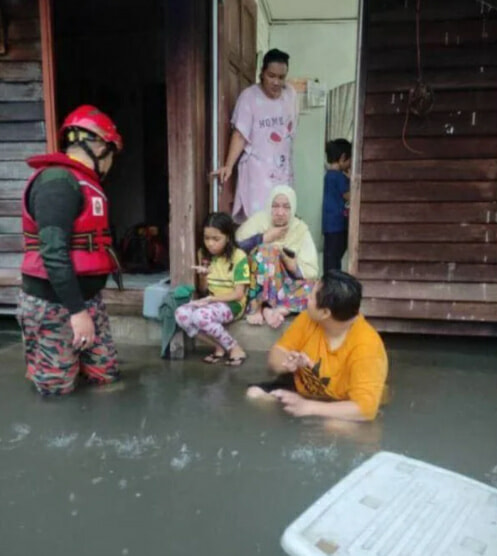 Dozens of vehicles were stranded on the Ipoh-Lumut Highway due to flash floods that measured almost one metre deep. The heavy rain had caused water from a nearby hill to overflow in the area causing the route towards Lumut to close due to safety factors while the contra route was opened at 5pm to avoid more congestion. 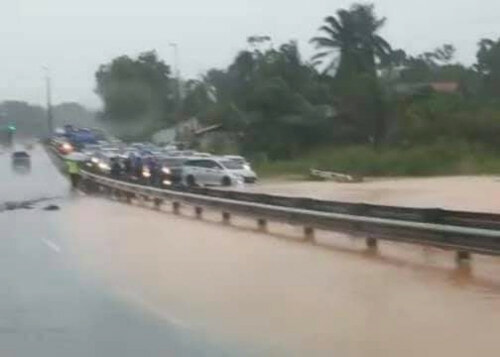 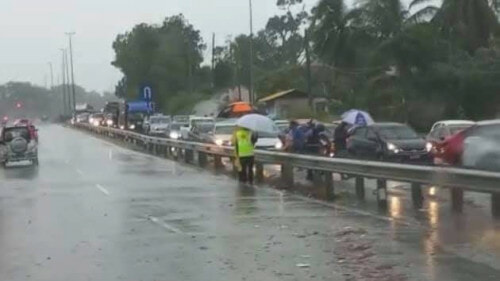 Several houses in Taman Serai were flooded due to heavy rain at 3.30pm on 20 October.

160 homes in Yan and Singkir were submerged in floodwaters affecting the residents there.

NST reported that residents living near Gunung Jerai are still rebuilding their lives after the “mini tsunami” in August, only to experience another flooding yesterday (20 October).

The four-hour long rain resulted in several areas in Central Melaka and Jasin districts to be flooded, causing main roads in the two districts to be closed and leaving some vehicles stranded, reported Astro Awani.

According to a spokesman for the state Fire and Rescue Department (JBPM), the flash flood is believed to have occurred due to a blocked drain that could not accommodate the large amount of water, thus causing an overflow on the road.

Also read: Both Lanes On Jalan Sri Hartamas 1 in KL Closed Due To Large Sink Hole 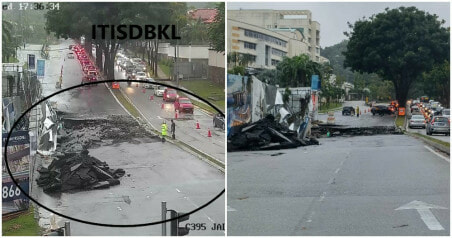