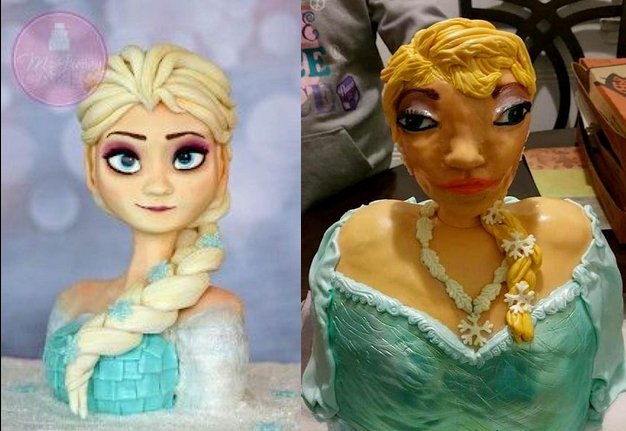 What else do we love on the internet besides cats, arguing and the incognito window? Well, laughing at people’s failures, of course!

Seen almost all over the internet, cake fail pictures are so popular, your aunt might have even posted a compilation on her Facebook page. Here, we have picked 9 of our favourite ones. 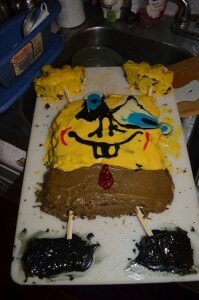 Who let this happen? Which unfortunate little boy or girl had to go through life with this cake being presented to them for their birthday party? In front of their friends? The iconic cartoon character has definitely been given a nightmare-ish makeover.

2. Someone Call The Doctor 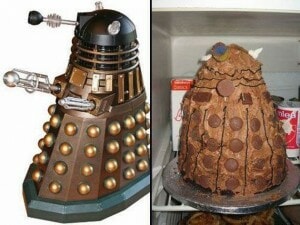 The popular ‘bad guy’ in the BBC series Doctor Who looks more like a toilet brush robot observatory. But the cake inspired by it is more blobby, gooey, and sad. All the more reason to say ‘EXTERMINATE’, we say. Run the other way, Peter Capaldi. Nothing to see here. 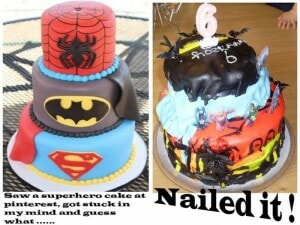 It’s actually kind of tragic when we look at a picture like this. It looked like someone actually tried. They really did. For some kid’s traumatic 6th birthday, we recommend getting professional help cake-wise in order for your child to have a good cake-related memory as he grows up. 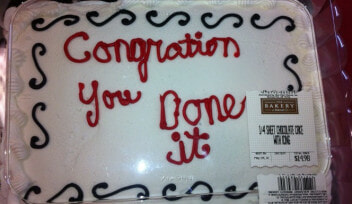 Arguably one of the funniest cake fails out there, this cake fail is an instant cake fail classic and can result in a few minutes of amusement and disbelief. When you feel like you need to congratulate a friend or a family member but you only have time to go to what looks like a grocery store bakery, make sure the decoration isn’t too half-arsed, NOR DOES IT SPELL ‘CONGRATION’! 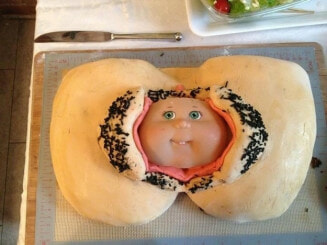 Another nightmare fuelled picture, who in their right minds would want to order a cake as frightening as this? A birth shouldn’t be an excuse to make everyone want to turn away at the sight of seeing something like it. Who wants to cut it? Anyone?

6. What A Beautiful Wedding 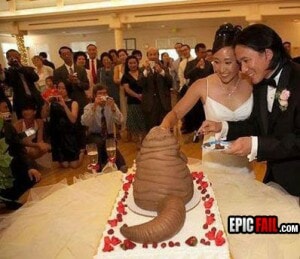 Someone please help explain this situation to us because we have no idea what’s going on. Was it a wedding? What was the cake supposed to represent? What is the tail at the end of it? Is the bride using her hands? We have seen various wedding cake fails before, but not as confusing and gross looking as this particular cake. 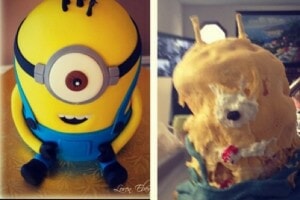 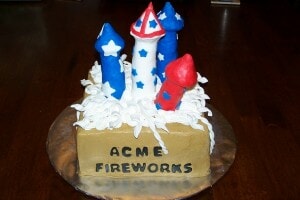 The Fourth of July might have passed this year for the folks in the United States, but there is nothing more festive than a cake shaped like what celebrations are really about. Long standing cakes need to get more love, but they’re very hard to make especially if you’re a beginner in cake decorating.

9. Do You Wanna Build A Fail Cake? 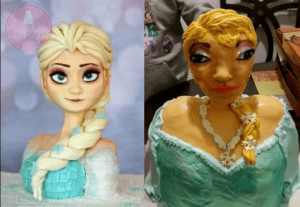 Last but now least, the cake fail that has been going around the internet lately is quite a fantastic fail. We don’t know where to start. Imagine ordering a cake and having it sent to you like nothing you have ever envisioned? From Queen Elsa’s thick torso, to her wide set eyes, to her mangly hair, to… is that meant to be a necklace?

Not to mention that it looks like a Real Housewife. 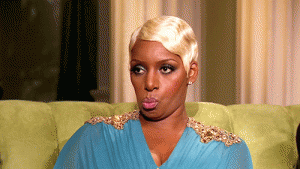