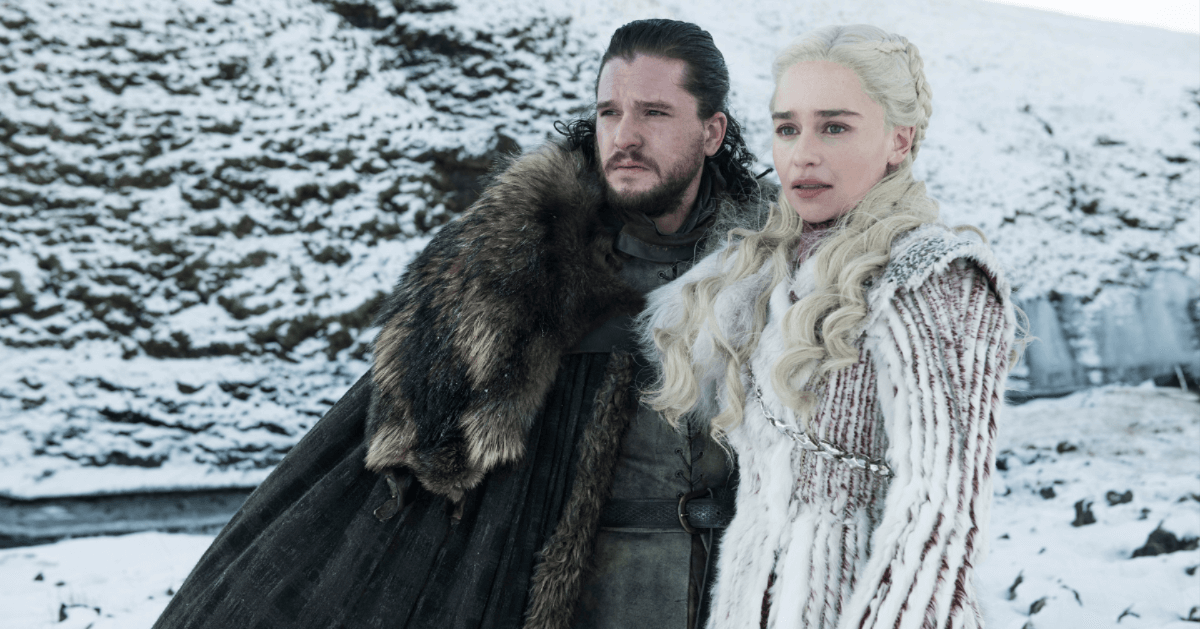 At long last, the watch has ended. Well, our Monday night watch anyway, since Game of Thrones just premiered episode 6 of Season 8 – the last episode of Game of Thrones that will ever be made, unless you count the inevitable prequels and spinoffs that will be coming a lot faster than the White Walkers.

8 years after the very first episode took the world by storm with a gritty and realistic interpretation of the medieval fantasy genre, Game of Thrones has become a household name – a cultural phenomenon that pushed the boundaries of what was possible on television. Shocking betrayals, murders, magic, politics – GoT had everything, and we’re certainly going to miss tuning in to see Danaerys, Jon, Sansa, Arya, Tyrion, and the rest attempt to play and survive the deadly game that is the power struggle for Westeros.

So without further ado, here are 10 moments from Game of Thrones that made it THE TV show of a generation!

We’d be remiss to not start with the moment viewers took notice of Game of Thrones for the first time. The rest of the episode had been interesting and packed with subtleties and nuance, but in one scene, Game of Thrones announced that it was like nothing that had come before. With the King, Robert Baratheon, in Winterfell to convince his childhood friend Ned Stark to take up the position of King’s Hand – sort of a consigliere, adviser, and minister rolled into one – Bran, the youngest Stark child, seeks out entertainment by climbing the roofs and towers of Winterfell – only to discover an incestuous love affair between the Queen, Cersei, and her twin brother Jamie Lannister.

Bran is unfortunately spotted by the twins, and to conceal the crime, Jamie pushes Bran from the top of a tower, causing the boy to lapse into a coma.

And with that cliffhanger, Game of Thrones announced it had arrived.

For all the jokes that Sean Bean is destined to die in any role he plays, the man certainly does a great job selling it. Ned was always too good for the world he lived in, a man of high morals and integrity, who would rather go out doing the right thing than to be complicit in what he saw as wrongdoing. What truly makes this scene great is everything leading up to it – his defiance in the face of Cersei’s power, the wheedling and pleading of various other advisers for him to give up his pride and integrity.

The tragedy is, in order to secure his children’s future and at the behest of a then-starry eyed Sansa, Ned tells a lie. Unfortunately, this matters little to the newly crowned king, the egotistical son of his late best friend Robert.

The Mad Queen, as she’s now known, was once a much more sympathetic figure. A scion of a former royal family, the sister of a spineless madman, sold into marriage to a barbarian lord, Danaerys’ story hit all the right beats to create a character we all wanted to root for despite the hints and foreshadowing of a fascination with fire. While her dragons were growing up, Danaerys had no real power except for the loyalty of the Dothraki horde – and it was at this moment that the dragons reminded Westeros exactly why their kind were feared for so long.

Perhaps one of the bleakest and most gruesome scenes ever shown on TV, the Red Wedding sees Robb Stark – who, just like his father, was too good and honourable a man for the world he lived in – journeying to the home to the Freys in order to extend an olive branch, having broken his promise to marry a daughter of the Freys in his capacity as King in the North. Walder, the patriarch of the family, took that as a deadly insult, and forewent the grace of a host to poison and murder the entire northern contingent, beheading Robb and killing his pregnant wife.

A lion still has claws
And mine are long and sharp, my Lord.

For long-time series fans, this episode was not one for sadness, but celebration. Joffrey Baratheon, King of the Seven Kingdoms, had proven to be the single most unlikeable and outright detestable character in the series up to that point, perhaps only matched by Ramsay Bolton and Walder Frey. All their fervent wishes came true at the Purple Wedding, the day Joffrey married Margaery Tyrell – and in true GoT fashion, the day he swallowed a cupful of poison.

Has there ever been a more sadistically satisfying moment on TV?

In a moment that sealed the fate of several key side characters and an entire church(!), Cersei was forced to make a walk of penance through the streets of King’s Landing – hair shorn short, face stained by the debris and offal thrown at her by the crowd, all while a sister of the church of Faith of The Seven rang a bell and intoned “Shame!” behind her.

As Cersei reached the steps of The Red Keep, a moment of tears is seen from the normally cold and manipulative queen – before her expression hardens and you know that revenge will be the next item on her agenda.

The gentle giant known as Hodor (because that’s all he can say) was a fan-favourite and perhaps one of most sympathetic and well-meaning characters in the entire story. The way he went out, however, is bound to bring a tear to the eye of any fan. As Bran looks into the past, he sees a young Hodor and his father, Ned, back when Hodor was named Wyllis and capable of normal speech. Attempting to continue seeing the past while warging into present-day Hodor in order to escape the Night King, Bran accidentally bridges past and present Hodor, and in the past, Wyliss is overwhelmed by the order given by Bran’s companion Meera – “Hold the door.”

As Wyliss collapses and his brain is forever changed, he begins to repeat that order till it merges into one word – Hodor, all while in the present day, Hodor attempts to hold the wights back so that Bran can escape. Needless to say, he doesn’t make it back to Bran.

Where Season 6 ended with the poetically gruesome conclusion of Walder Frey being fed his own sons by Arya before being killed, Season 7 opens with Arya using her skills of disguise to trick the whole Frey family into eating poisoned food – signifying the end of the innocent, tomboy-ish girl from Winterfell and establishing her as perhaps the single most dangerous person in the series.

Well, that’s a lot of moments! There were so many more we couldn’t pick, and so much detail we couldn’t fit into this article. What was your favourite GoT moment from the series? Let us know in the comments below!

Also read: 9 Types of Malaysian Friends That Are Like Game of Thrones Characters 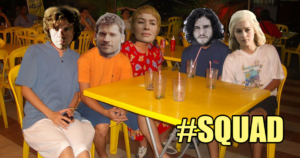