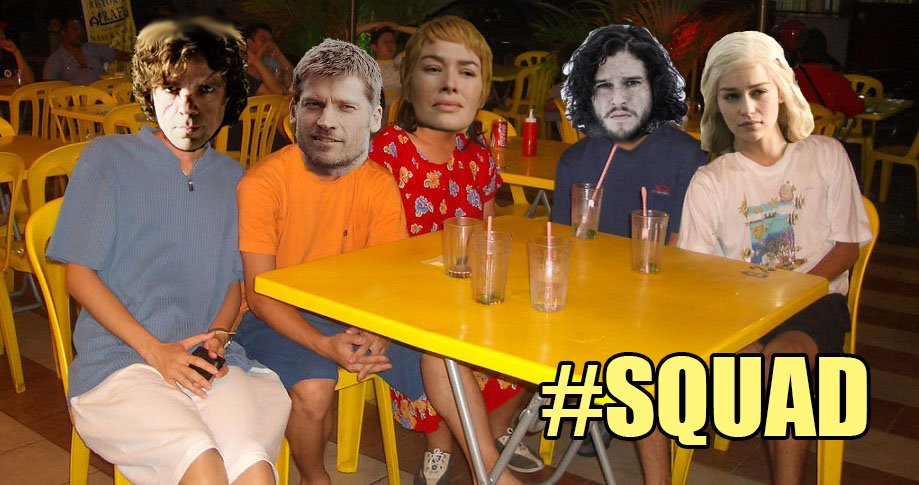 Game of Thrones is a fantasy TV series filled with some very westernised characters. But did you know that many of those epic characters share some very familiar traits with our fellow Malaysians?

Check some of these funny similarities out!

We all know a girl who is petite and can definitely be feisty and pack a punch. Just like Daenerys, these girls won’t take ‘no’ for an answer and will absolutely show that size doesn’t matter when it comes to being awesome.

2. Khal Drogo, the abang sado in the gym

Khal Drogo is the hunk we always see in the gym and is serious about his workout. He doesn’t fool around when it comes to his routines and may sometimes come off as cold and difficult to approach. But once you get to know him, he is actually pretty cool and has a certain charm to him.

There is that one person on our friends list who will always boast about any little information they know – sometimes to a point that it’s annoying. They get especially dull when they start talking about politics and economics. Oh, they’ll also NEVER admit that they don’t know something.

4. Jon Snow, the blur dude who knows nothing

Jon isn’t the brightest person. Unfortunately, we all have that one friend who is just as lost as Jon all the time. But they do have their own blur sotong appeal tho!

Though they may be some of the most naive and confused people, they do know some things… sometimes.

5. Jaqen H’ghar, the guy who changes according to different people

When speaking to people from different countries, we usually stick to our Malaysian accent. But we all know that one person who has many different ‘faces’ like Jaqen.

Since when did my friend speak with a British accent?!

Regardless whether this person is at home, in the office or even at the mamak shop, we just absolutely have to follow their plans all the time. Don’t even think about not letting them have their own way, otherwise they will lash out and make you pay (or follow them) just like Cersei – always plotting and controlling everything in GoT just to get what she wants.

So, just plaster a smile on your face and just allow them to get on with their plans, because you definitely don’t want to get on their bad side!

You know that person you really hate and want to slap all the time because they are so spoilt and self-entitled like Joffrey? They’re the ones who are usually ‘anak mummy’ who says they will tell their mother on you about every single little thing.

8. Ramsay Bolton, the psychopath we’re all secretly afraid of

Joffrey may be a spoilt brat but people like Ramsay are on another level. They are the kind who you’d try to avoid because you’re convinced that they’re probably the ones who beat up poor animals just for the fun of it. Worst thing is, they are like your super friendly mamak ah neh by day.

9. Winter, the one who is always on the way but still haven’t arrive 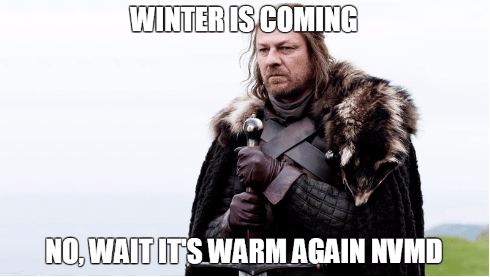 Okay, ‘winter’ isn’t exactly a character, but since the very first episode, Ned Stark has said ‘Winter is coming’.

And we’ve seen hints throughout all 6 seasons about how bad*ss it will be but it has never arrived! Just like that bloody friend who is always late to every meet up. You say 2PM, they will arrive at 4PM because ‘traffic jam’.

Now, Game of Thrones is definitely a series no one can stop talking about, and with good reason too! Don’t knock it until you’ve tried it.

And one EPIC thing that has finally arrived (unlike Winter) for all Malaysians is the entire Game of Thrones boxset from Astro!

Yep, this means that you can watch full episodes from Season 1 until Season 6 of the Game of Thrones saga on Astro On Demand before season 7 is aired. Hence, you can be the know-it-all Tyrion who is well-versed in this medieval fantasy realm.  You can be sure that it’ll be a feast for your eyes every second! 😉

And one of the benefits of this is you can watch it anytime you want! Then, you’ll be able to watch every detail of it (you’ll know what we mean! 😉 ) even when you need a toilet break. Woohoo! 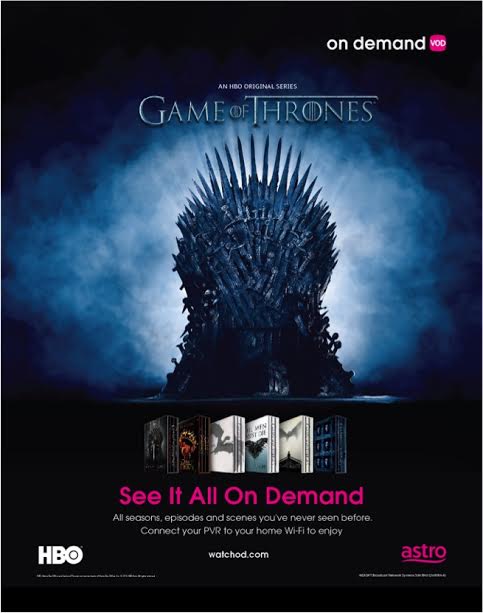 Even if you’ve never watched a single episode of Game of Thrones before, now is your chance to not feel left out anymore when friends start talking about this legendary series.

How do you get started? It’s really simple! Just pick up your Astro remote, press the ‘Home’ button and select ‘On Demand’ to explore!

Get ready to indulge yourself for a marathon session on the legendary series that will grip you and put you on the edge of your seats!

Don’t be as lost as Jon Snow, who knows nothing at all.

Click here for more information about GoT on Astro on demand.