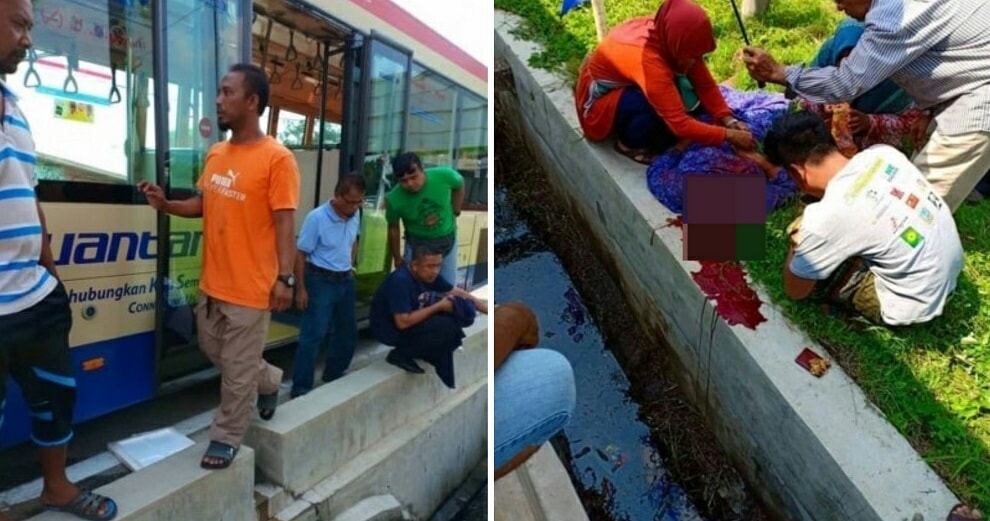 What a tragic incident!

According to Astro Awani, on Monday (1st October) at around 9am, a Rapid Kuantan bus reportedly stopped right next to a drain near a market in Beserah and opened its doors to let passengers off.

Unfortunately, a 71-year-old woman who was getting off the bus stepped right into the drain after she slipped and fell, landing her with a severe head injury. 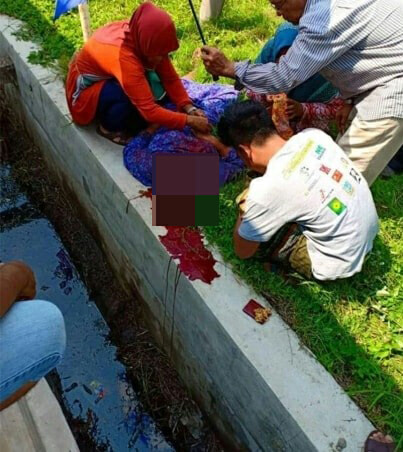 Kuantan district police chief ACP Mohd Noor Yusof Ali told the daily that police were alerted by an emergency call from the woman’s nephew at around 9.30 in the morning.

“When we arrived at the location, the victim was on the floor and suffered a head injury. She was immediately rushed to Hospital Tengku Ampuan Afzan (HTAA), where she was declared dead not long afterwards.”

An autopsy later revealed that the old woman experienced bleeding in her brain caused by the impact from her fall, which ultimately resulted in her death. This case has been classified as sudden death. 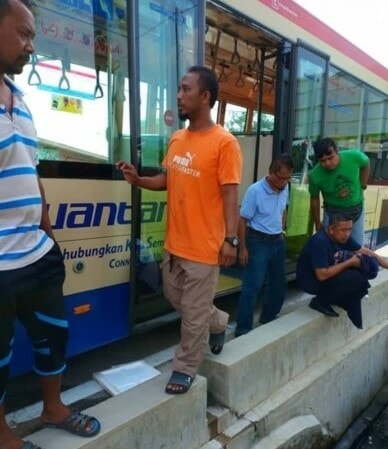 Meanwhile, Rapid Kuantan has since addressed the tragic incident, stating that they have suspended the 50-year-old bus driver involved as part of its investigations. According to Kosmo Online, an excerpt from their statement translates,

“We deeply regret the incident and are ready to cooperate with the relevant authorities as they continue to investigate this case.”

The bus driver had reportedly driven this route for two years prior to this incident.

Our condolences go out to the old woman’s family and hope that the relevant authorities thoroughly investigate this tragic incident so that this does not happen again. 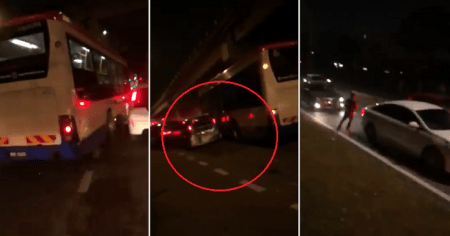