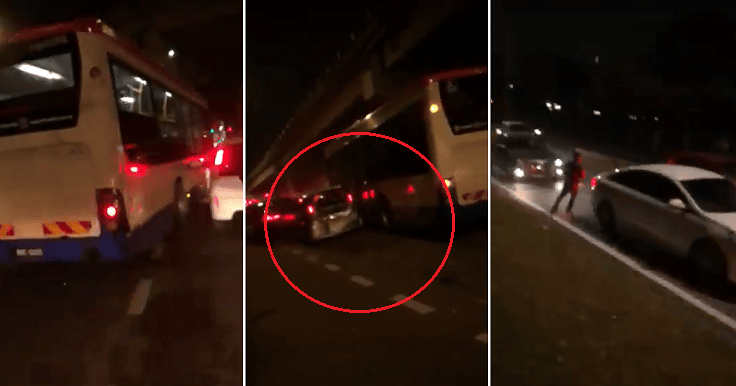 In a super viral video that’s circulating in both Facebook and Twitter, a RapidKL bus is shown VERY recklessly weaving through traffic!

Netizens, all shocked and amused by GTA coming to life, expressed their disbelief that such an incident could even happen. 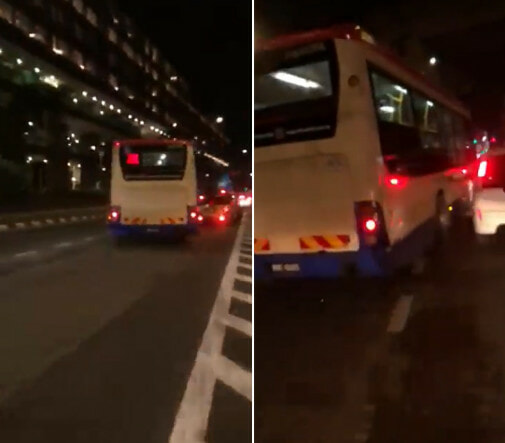 Azri Arip who shared the video claims that the bus had hit many cars, including his burger stall. His mom who was present at the time was holding a 2 month old child too!

Thinking quick, he jumped on his bike to chase after the rogue bus (which many were glad he did otherwise fellow Malaysians wouldn’t have been able to witness this unbelievable case). He said he didn’t even have the time to put on his shoes and was riding his bike bare feet! 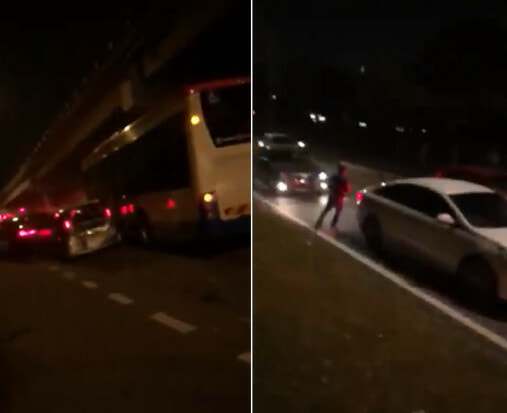 Azri claimed that the bus ploughed through traffic from Ampang all the way to MRR2, and it had hit about 20 cars in the process.

It’s unclear whether the rogue RapidKL bus was actually driven by an official driver or was hijacked by someone who wanted to bring it on a dangerous joyride. 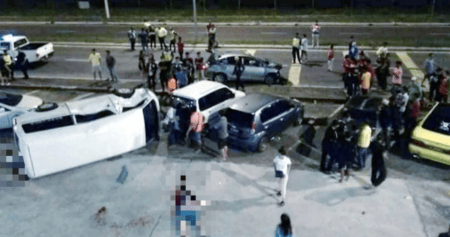 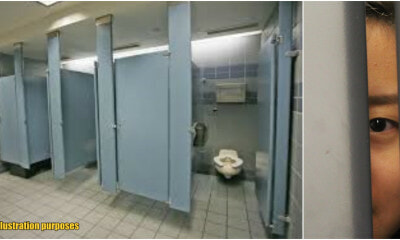