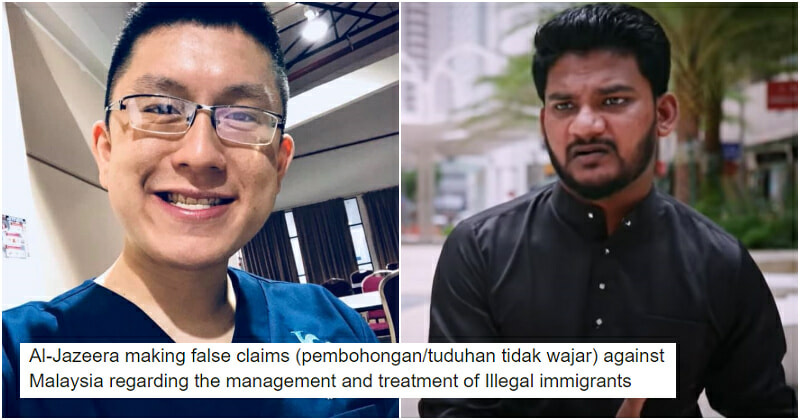 Over the weekend, Al Jazeera released a video titled ‘Locked Up In Malaysia’s Lockdown’. This has caused a stir among Malaysians as many claimed that the reporting was very biased and unfair.

Since the uproar, here’s a lowdown on the updates:

1. The video garnered a whopping 237,000 dislikes up to date on YouTube 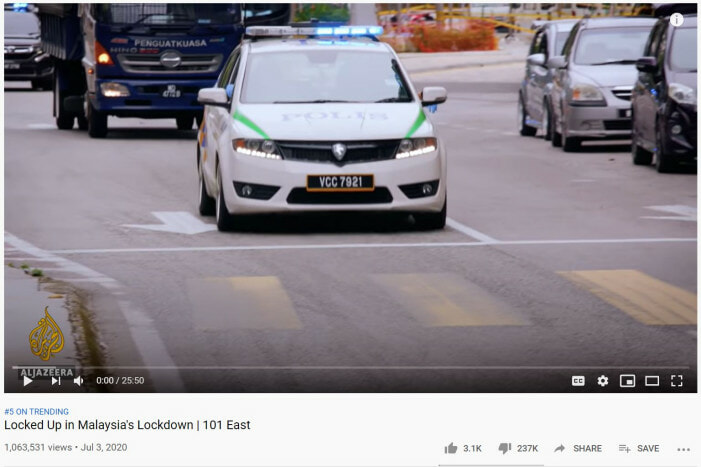 Having released the video on 3 July (Friday), the video quickly garnered over 1 million views in just less than 5 days. There were 3.1k likes, while the majority of it were dislikes. Al Jazeera has also since disabled their comments for the video, and their video stands at the top #5 trending video in Malaysia.

2. Drew Ambrose and Jenni Henderson who made the video privatised their social media accounts after being targeted by Malaysians 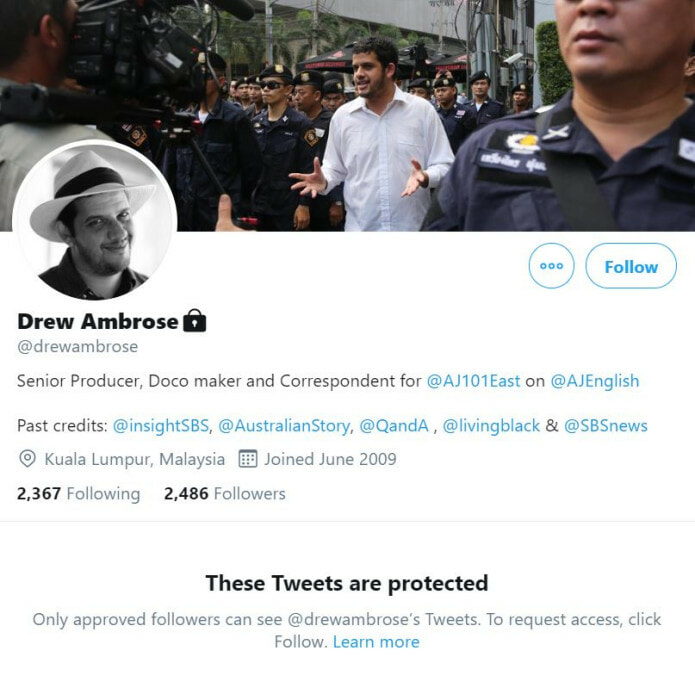 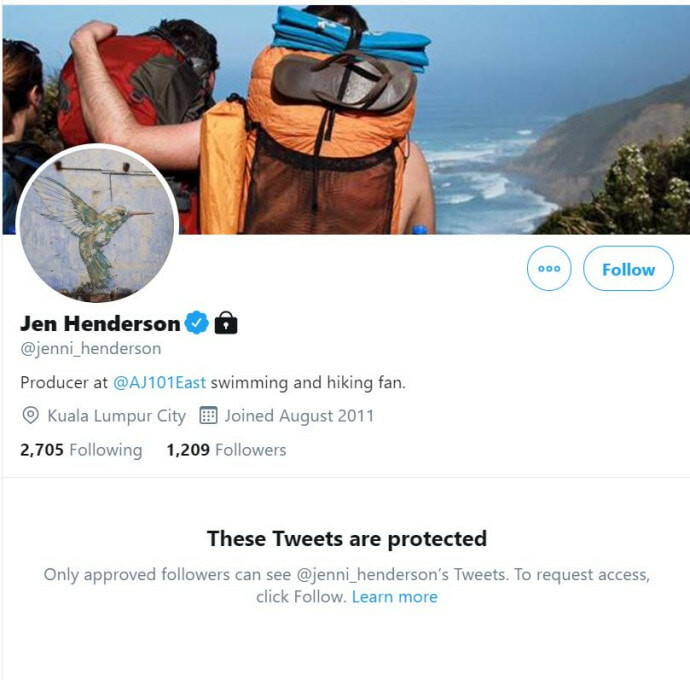 3. Our government has since refuted the claims in Al Jazeera’s documentary

Some of the things mentioned by MKN are:

4. Dr Noor Hisham also took a stand stating that Malaysia must strengthen border controls so there are no illegal immigrants

5. Malik Streams Production & Distribution exposed that Rayhan Kabir, a Bangladeshi who spoke ill about Malaysia in the video was never their employee

The production company states that they are ‘shocked that Rayhan Kabir’s Facebook states that he is the Head of Marketing’ in their company. 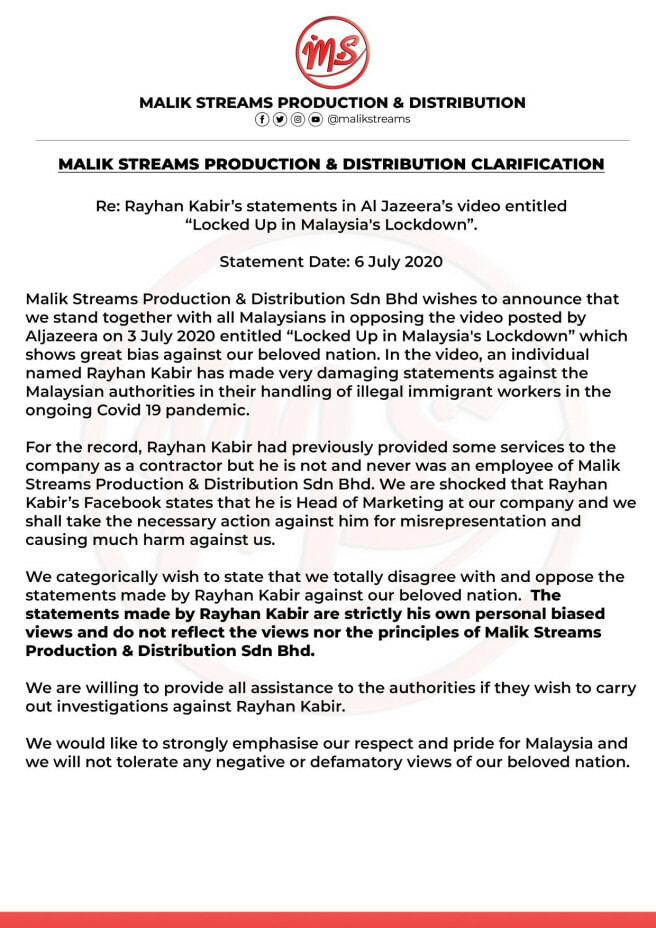 6. A frontliner shares his experience of how Malaysia treated the foreigners 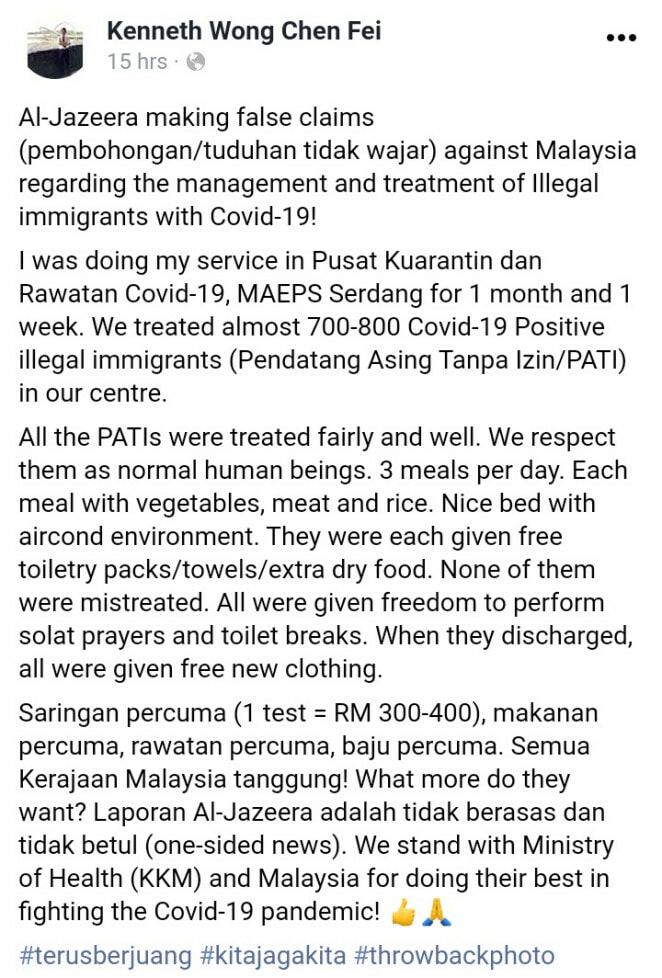 7. Rayhan Kabir is now being hunted down by immigration department

The man who is featured in the video had allegedly spoke out against the Malaysian government for their inhumane treatment towards the foreign workers. Since the uproar, he has allegedly gone into hiding. Hence, the immigration department is urging Malaysians with information about the man to come forward. You can read further details here.

If you have yet to watch their video, you may check it out here: