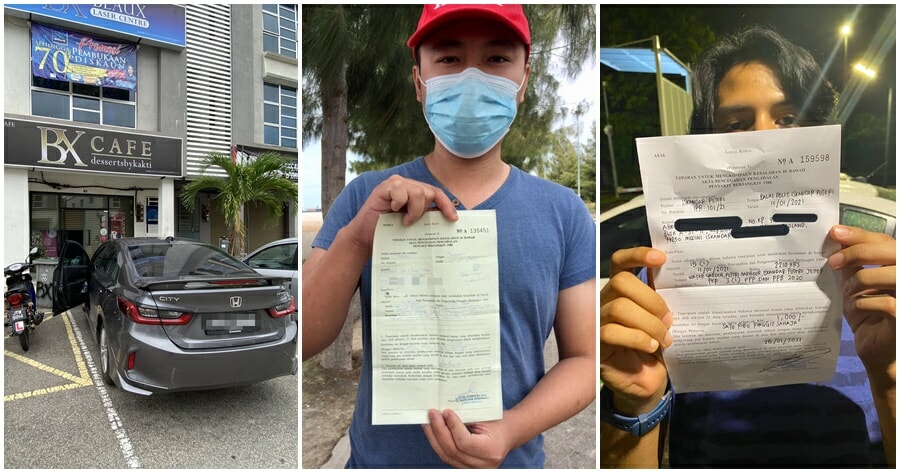 When MCO 2.0 was implemented across Malaysia (excluding Sarawak) on 13 January, many of us knew authorities were going to be strictly enforcing laws, with the emphasis that there would be ‘no compromise’ to those who flouted SOPs. But what we weren’t prepared for was how citizens everywhere were suddenly getting fined for “breaking” SOPs that weren’t made clear to the public in the first place.

Let’s take a look at some of these cases where citizens were given questionable fines by the authorities;

1. Deliveryman fined because he was “hanging out for no reason.”

A 29-year-old deliveryman named Michael who was waiting in his car for orders at a restaurant was fined RM1,000 for waiting around without a valid reason. Michael replied that he was an employee of a restaurant and was responsible for delivering orders, but without any explanation, the officers asked for his identification card and issued him an RM1,000 compound for loitering. 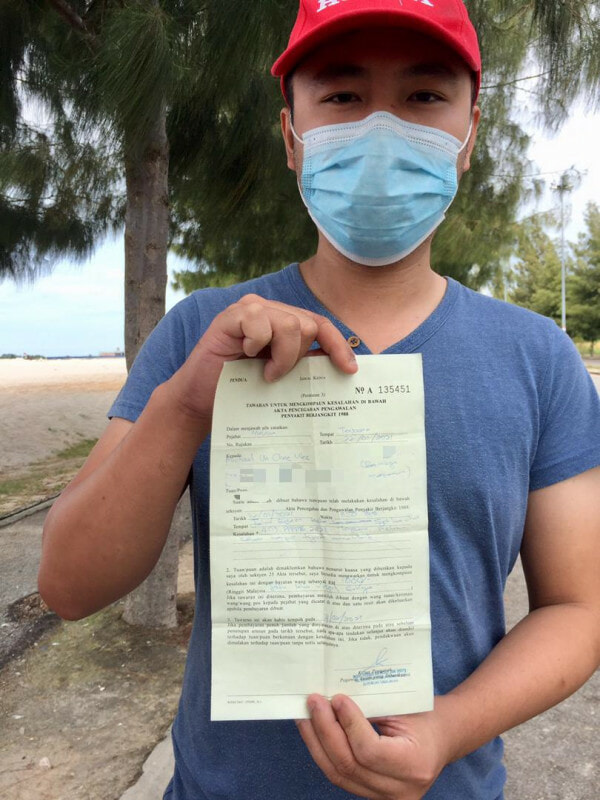 Michael took his case up with Kota Laksamana assemblyman Low Chee Leong who explained that “the victim was alone in the car at the time and the police immediately issued an RM1,000 fine without hearing an explanation from the victim. This is very hefty for a worker and the victim did not violate any SOPs.”

Michael added that there were cars parked on the side of the road in front of and behind him. There were also people in those cars and many joggers around, but the police only issued the compound fine to him.

2. Man fined for going out of his house past 10pm

There is no law that says anything about a curfew being implemented in line with the MCO 2.0 yet a man was issued a compound fine for committing an offence listed as “leaving the house with no valid reason after 10pm.” 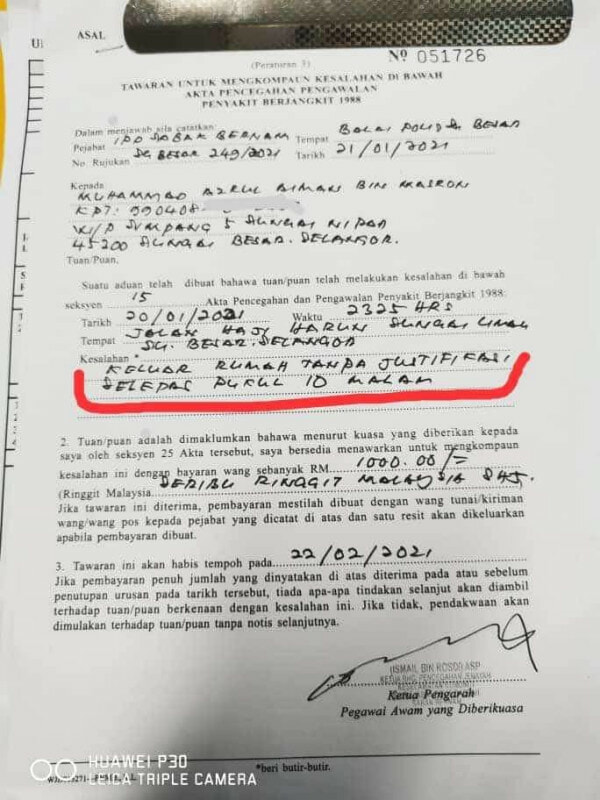 While Defence Minister Datuk Seri Ismail Sabri Yaakob limited the opening hours for particular services, he only said that these applied to restaurants, petrol stations, and various other essential businesses that are allowed to operate. There was no mention of people being banned from leaving their houses after a certain point in the day.

3. Mum fined for attending to her child in the passenger seat of her car in a non-crowded place

While the government has continuously emphasised that it is not mandatory to wear a mask in a non-crowded place, it seems as though this information isn’t made clear to authorities. 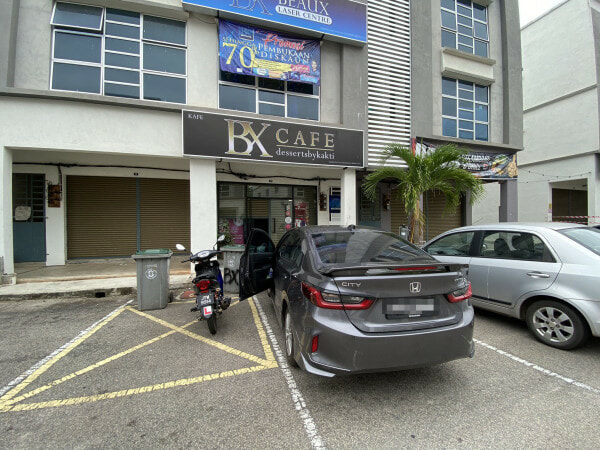 A Malaysian mum and cafe owner named Nur Izzati Aqilah Binti Lokman Hakim made headlines after she took to Twitter to share how she was issued an RM1,000 compound fine for not wearing a mask when she was trying to attend to her child in the passenger seat of her car in a non-crowded place.

While the police initially tried to deny these claims by saying that the place was crowded with people, Aqilah later uploaded CCTV footage of the incident, proving that there was no one in sight except for one of her cafe workers and the authorities who issued the compound fine to her.

4. Two men fined for playing bubbles in a non-crowded place

Many of us rely on government announcements to clarify our uncertainties on the SOPs enforced during the MCO. So staying up to date with the latest changes in SOPs should save you from getting fined right? Apparently not. 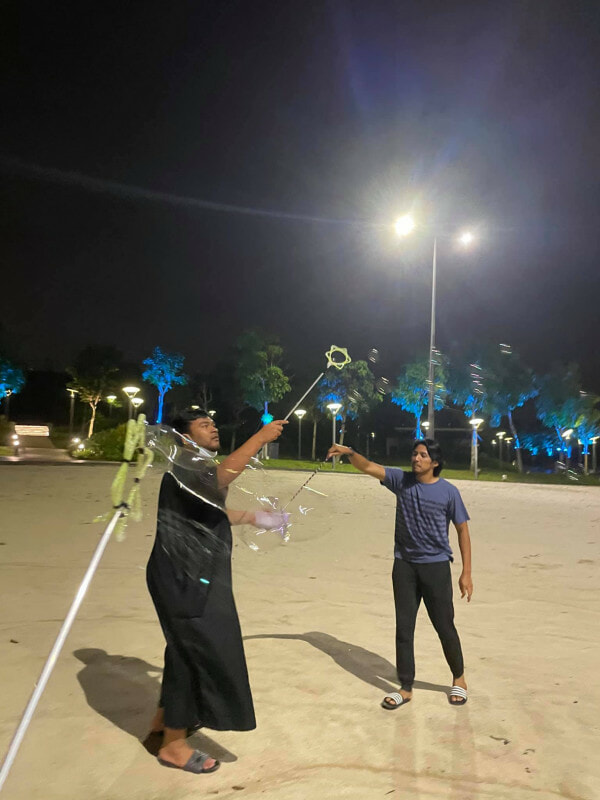 Two men from Johor were fined RM1,000 each for taking off their masks while playing bubbles in a spacious public area with NO crowd around. When they tried to explain that the government specifically said wearing masks were not required in a non-crowded place, the officer told them that “the SOP on the TV is different from the rules at the station” and that the police are following the rules from the station.

Understandably, the men were outraged. “Why didn’t he explain or give a warning first? The thing is, we made sure we followed the SOP. It is us, ordinary people, who follow the government’s orders, but now everything is in vain?”

5. Shopkeeper fined for not wearing gloves “as a reminder”

With the clear disparity in understanding of how the SOPs are enforced, there’s only so much the rakyat can do without relying on government figures to step in and take action.

In this case, a shopkeeper was scolded and fined by a police officer for not wearing gloves and allegedly not checking the temperatures of their customers even though this wasn’t a specified rule in the SOPs. In the netizen’s video that has since been taken down from Twitter, the officer can be heard saying “Not wearing gloves and not checking temperatures, correct? This fine is just a reminder for you.” 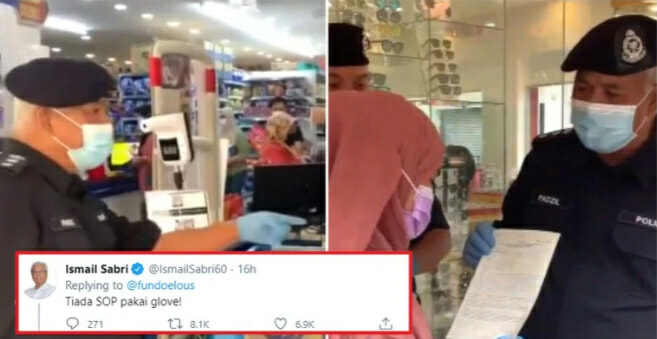 The image was taken from screenshots of the netizen’s video. The video has since been deleted by the netizen.

Thankfully, after the video went viral, Defence Minister Ismail Sabri replied to the video saying that “There’s no SOP that states gloves need to be worn!”

The police later released a report in an attempt to clarify the matter by saying that the shopkeeper was fined for not abiding by several SOPs such as taking the temperature of their customers or making it mandatory to register via MySejahtera. But how often can we rely on government authorities to clear up confusion on the rules for us?

In these instances, innocent citizens were compounded for obeying the law. They were accused of “breaking SOPs” that was never clarified to them or the general public. Sadly, these are just some of the cases that have been shared online but imagine the numerous others that go unreported. And with the most recent announcement that the government is amending the Emergency Ordinance to further increase the compound on individuals and companies, who knows what will happen?

If authorities are going to continuously fine the public on these terms, the rakyat will only continue to live in fear and frustration for as long as these rules apply.

Also read: Govt Wants to Increase Penalty As Many Are Still Disobeying SOPs 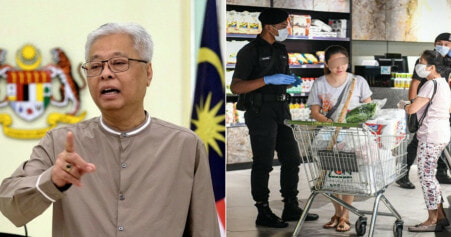