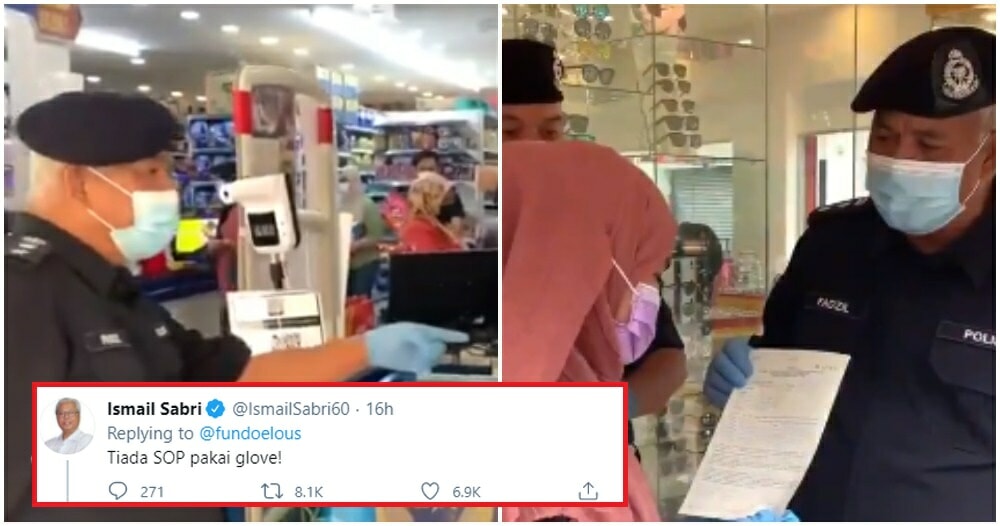 Just when we thought we were aware of all the SOPs, each day we read about either new SOPs being implemented or the PDRM fining the rakyat for something that’s supposedly allowed. Let’s just say it’s been hard to keep up with what netizens call the “flip-flop” of rules regarding the pandemic.

One such case can be observed in this video of a surprise raid at a shop uploaded by a Twitter user. In the video, a police officer is seen scolding a shopkeeper for not wearing gloves and asked her to wear gloves immediately. The officer then proceeds to fine the shopkeeper for not wearing gloves and allegedly not checking the temperature of their customers.

“Not wearing gloves and not checking temperatures, correct? This fine is just a reminder for you.”

Unsurprisingly, netizens called out the PDRM for their actions as wearing gloves has never been mandatory. According to the CDC, wearing gloves outside of your homes unless you’re caring for a sick person, is NOT necessary. Wearing gloves will not necessarily protect you from getting Covid-19 and may still lead to the spread of germs.

The video has gone viral reaching over 9K retweets and this got the attention of none other than, Defence Minister, Datuk Seri Ismail Sabri Yaakob who tweeted a reply to the video saying that “There’s no SOP that states gloves need to be worn!”.

Malaysians are currently calling for the police officer who fined the shop owner to reimburse them. Especially at a time, when most Malaysians are struggling financially due to the pandemic, it’s unfair for the PDRM to fine people over crimes they didn’t even commit.

Will actions be taken towards these officers? Let us know what you think! 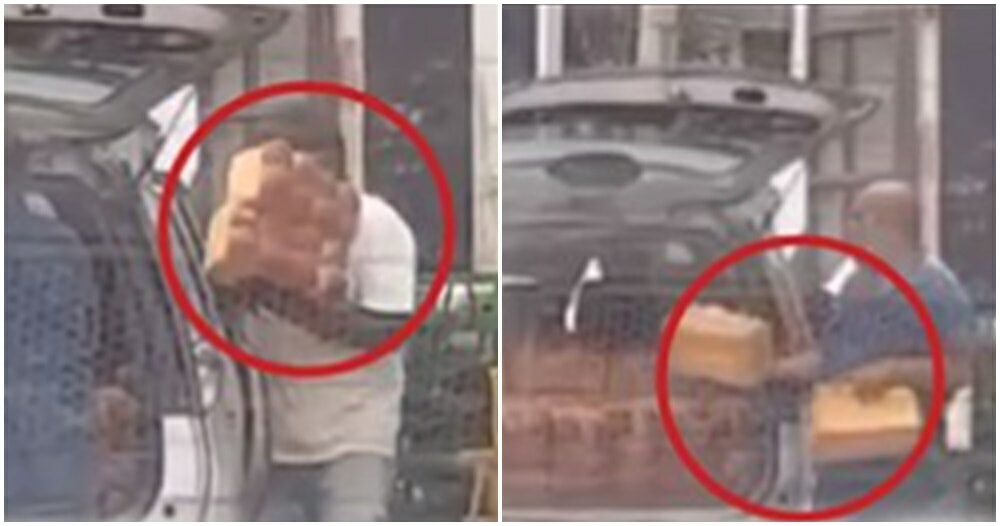