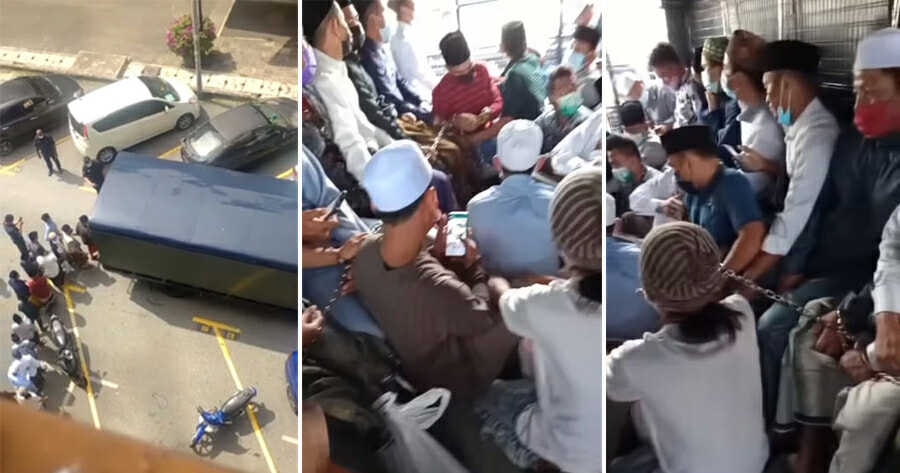 31 individuals were crammed into a lorry after they were arrested for violating standard operating procedures (SOP) on Hari Raya Aidiladha on Tuesday (20 July).

According to BERNAMA, 30 foreigners and a local woman were found attending a banquet at a house in Taman Selayang Utama, Batu Caves.

Gombak police chief ACP Zainal Mohamed Mohamed said information was received about the incident and a raid was conducted at about 10am.

“They were found to have committed the offence of failing to comply with the SOPs by gathering and failing to practise physical imprisonment, possessing expired PLKS and not possessing valid travel documents.”

A video shows the 31 individuals being led into a lorry where they were crammed in close proximity to each other.

They were then brought to the Gombak District Police Headquarters for further investigation and will be brought to the Selayang Magistrate’s Court for remand application on 21 July.

Zainal Mohamed said the case was being investigated under Section 6(1)(c) of the Immigration Act 1959/63, namely for not having a valid pass or permit to stay in Malaysia, and Section 15(1)(c) for overstaying.

He added that the woman who was detained was fined RM4,000 under Regulation 16 of the Prevention and Control of Infectious Diseases Regulation 2021.

Meanwhile, the case is also being investigated under Section 269 of the Penal Code for a negligent act that may likely spread infection of any disease dangerous to life. 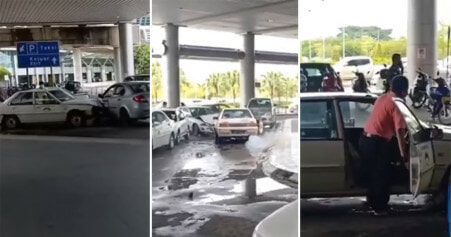