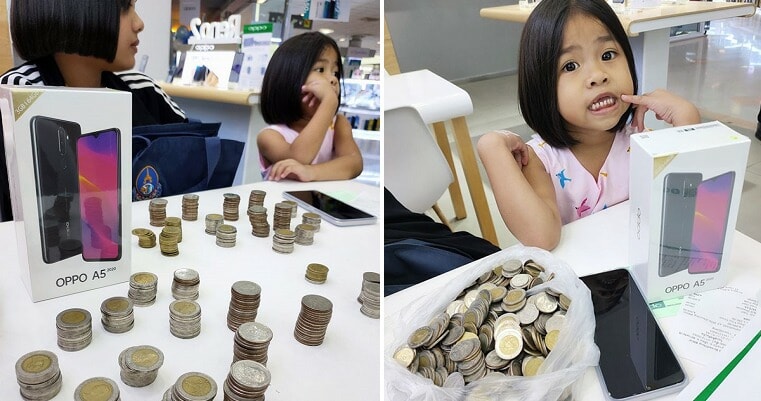 Smartphones are an essential part of our everyday lives and even kids these days have these gadgets to keep them entertained or stay in communication with their parents. Usually, it’s parents who would buy these mobile phones for their kids but these two young girls in Thailand actually saved their own pocket money – and earned their own money so that they could afford to buy a mobile phone. 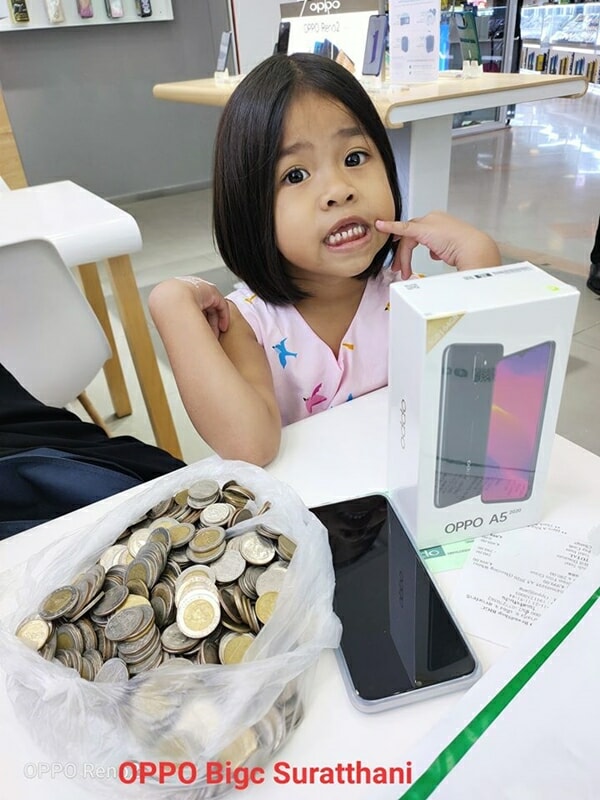 According to WORLD OF BUZZ Thailand, two little girls went to a mobile phone shop in Surat Thani to buy their phone. One of them approached the staff there and asked them whether they accept coins as payment. The staff told them that they do accept coins and the young girls chose the model that they wanted to buy.

They were surprised to see the two girls taking out bags of coins to pay for their chosen model, the Oppo As 2020, which cost 4,999 baht (RM689). The staff asked the girls how did they get the money and the children told them that they had been saving up for a long time so that they could buy their dream phone. Now, that’s admirable! 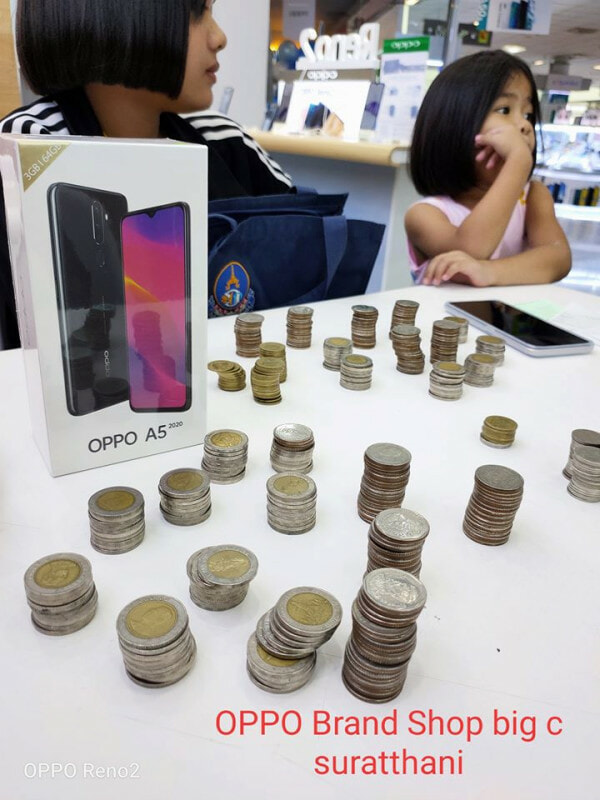 The elder sister said that she had been saving her pocket money along with her younger sister and this was a habit taught by their father. Their father had always told them that they should save their own money to buy the things they want, and this had helped to cultivate a habit of frugality among his daughters.

Although the sisters are not from a rich family, they patiently saved their pocket money in order to buy a mobile phone for themselves. The staff member had shared the incident on social media, which impressed other netizens as the kids were so young, but they already know the value of being frugal and using your own money to buy the things they want.

This is an admirable value that should be taught to all kids from young instead of spoiling them with toys and gadgets galore!

Also read: M’sian Man Cooks Rice In Office So He Can Save Money & Send It To His Mother in Kampung 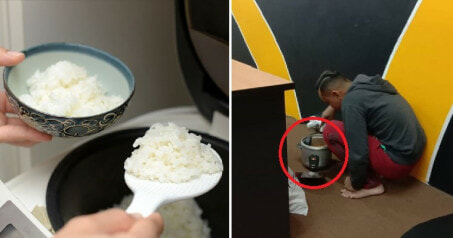