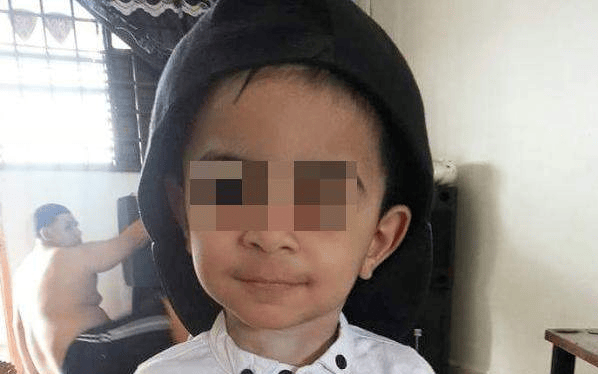 An abusive campaign led by a pregnant mother and her boyfriend against their two-year old son has left their child dead after being kicked and slapped daily.

Cleaners Zaidah, 41, and her boyfriend, Zaini Jamari, 46, also made Mohamad Daniel Mohamad Nasser, 2, stand with his hands on his head wearing only a nappy, forced spoonfuls of dried chilli down his throat and stamped on his chest.

Singaporean courts found them guilty of three charges of child abuse and one count each of causing grievous hurt. Shockingly, they showed next-to-no remorse, even when shown photos of his 41 identified injuries.

Zaidah, whose eldest child is 20, conceived her sixth child in March last year.

Between Oct 18 and Nov 22, Daniel was kicked and slapped by Zaidah every day the court heard. Zaini often joined in.

The day before his death, Zaidah tried to feed Daniel breakfast when he refused to eat, his mother slapped him in the face three times. The couple then continued to slap him repeatedly. When he fell, Zaidah stamped on his chest with her leg.

Later that evening, Daniel was forced to stand as means of punishment. Tired, he rested his hand on a bed frame but was again slapped by the couple.

As Daniel lay on the floor with his eyes closed, Zaini force-fed him two spoonfuls of dried chilli, then later took him to the toilet, washed his mouth and proceeded with his standing punishment.

Shortly after, Daniel appeared faint yet the abuse continued. The couple slapped him and kicked him in the chest and stomach. This time, Daniel’s head hit the ground. Dried chilli was once again forced down the boy’s throat until mucus came out of his nose.

Zaini then took Daniel to the toilet, washed his face then ordered him to sleep. Around 8am the next day, Nov 23, the Daniel did not wake up. Paramedics found no electrical activity in his heart.

When paramedics asked about his bruises, Zaidah said he had habit of pinching himself. When the duo was further prodded, the couple lied and said he had a fall in the toilet. Deputy Public Prosecutor Claire Poh later spoke of the couple’s “cool indifference” as they went home to watch television. Yes, the two showed no remorse for their acts!

Zaidah, mother of five other children, admitted to 26 other charges of abusing him and Zaini, 18 other counts, though they did not say why they committed the acts. The prosecution is asking for at least nine years’ jail for each, with nine to 12 strokes of the cane for Zaini, and nine to 12 months’ jail in lieu of caning for Zaidah.