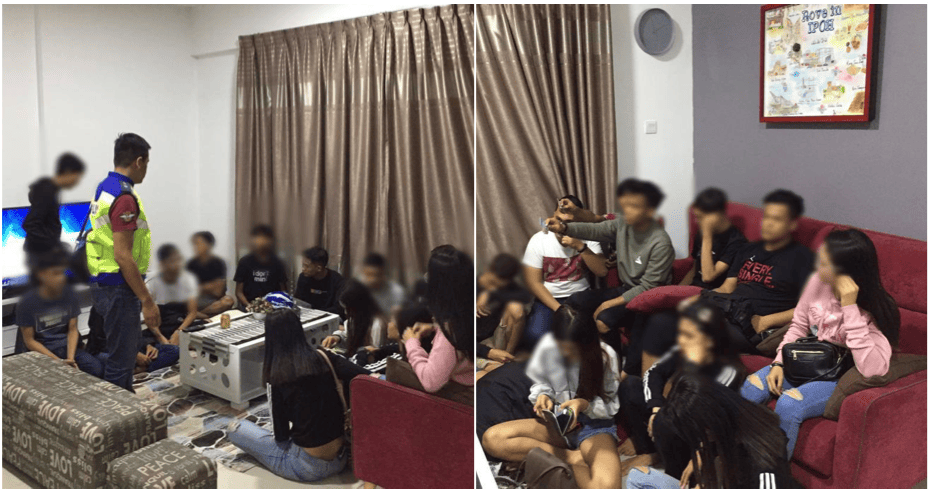 The excitement of a group of 18 party goers who were illegally partying at the Casa Kayangan Apartment, Meru did not last long when they were raided by police yesterday (30 May). 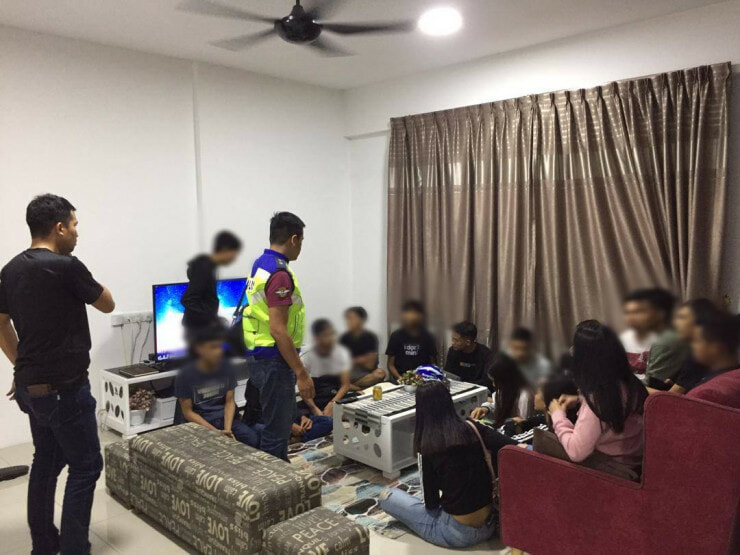 The raid happened at about 2am and the police had to break through the door as they refused to open it. All 18 of them were aged between 17 and 26. One of them will be sitting for his SPM soon. When the police arrived, all of them were busy partying as loud music can be heard from inside the apartment. 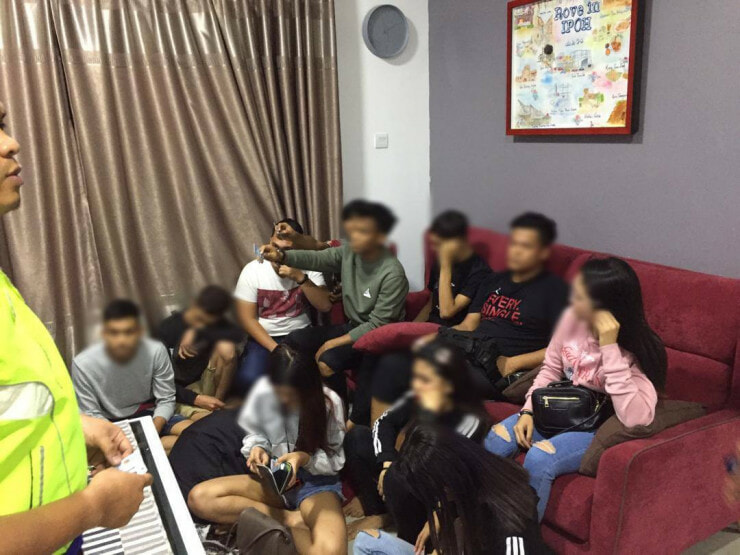 As shared by Perak Gazette, after being questioned by the police, all of them failed to provide any reasonable excuse for hanging out in a huge group, especially during the CMCO. All of them were found guilty of violating the Infection Control Prevention Act 2020. Further investigation revealed that they have previously been charged for violating the MCO and three of them were arrested on drug offences before this.

They are currently being remanded for three days while an ongoing investigation is happening. If found guilty, they can be fined RM1,000, imprisonment or both.

Also read: 19 People Caught Having A Private Party In Kajang Despite MCO 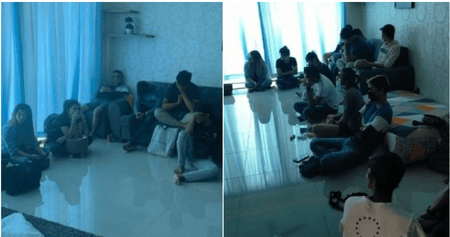