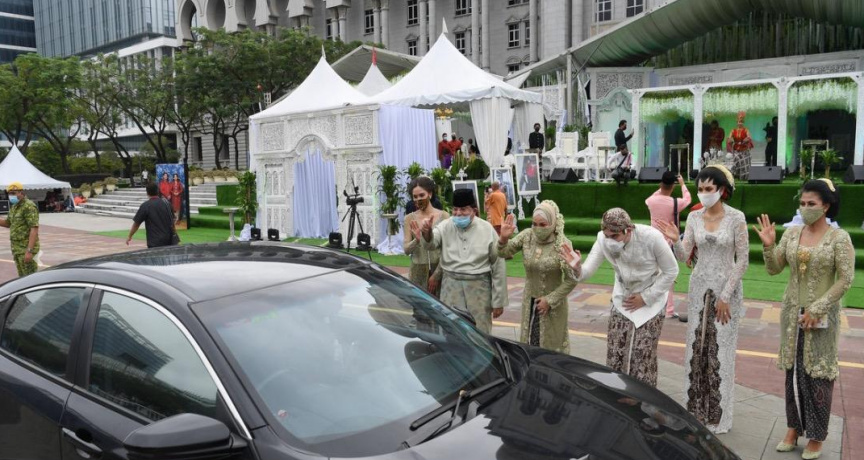 There was a special stage set up in front of Malaysia’s Palace of Justice. The Javanese theme ceremony started at 11am until 2pm. Guests who passed by received food packs with rice, face masks and biscuits in a special tent.

“The drive-through concept is my father’s idea. He wants my wedding to be celebrated by all the people in Putrajaya as they are also my family as I grow up here,” he said, according to BERNAMA.

According to him, the wedding ceremony was held in compliance with the prescribed standard operating procedures (SOPs) to prevent the spread of Covid-19.

The ceremony was enlivened with Javanese cultural performances, as well as by local artists. The performances could be watched on a huge screen next to the stage.

Although the wedding ceremony was held in compliance with the government’s SOPs, netizens are questioning over the fact that it was held right in front of Malaysia’s Palace of Justice.

There should be decorum and boundary. This is the Palace of Justice. One who has corruption charges can host a reception right at the doorsteps of the highest court in Malaysia. Not sure if this is an extension of Wilayah Bebas Berniaga to Bebas Buat Apa2?https://t.co/xcL7P3XdgQ

Hannah Yeoh, the Member of Parliament of Segambut, said that there should be decorum and boundary as that is the Palace of Justice.

“One who has corruption charges can host a reception right at the doorsteps of the highest court in Malaysia. Not sure if this is an extension of Wilayah Bebas Berniaga to Bebas Buat Apa-apa?” she said in her tweet.

Datuk Seri Tengku Adnan Tengku Mansor, or Ku Nan, was accused of receiving kickbacks totalling RM2 million from Aset Kayamas Sdn Bhd (AKSB) managing director Tan Sri Chai Kin Kong during his term as the federal territories minister, according to The Edge Markets. If proven guilty, he will be charged under Section 165 of the Penal Code.

Also Read: The Late Tun Rahah’s Gardener Walked For Over An Hour To Stand Outside Burial Ceremony & Pray For Her 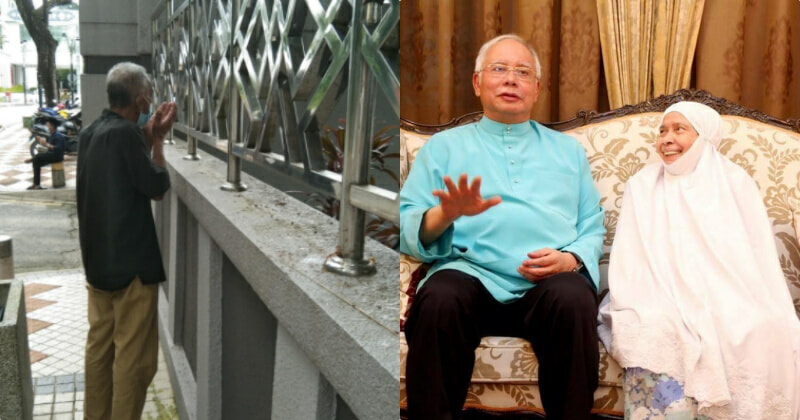