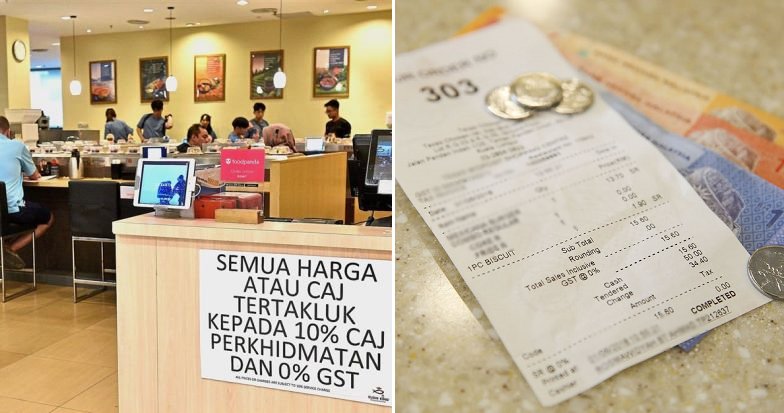 Yesterday (17 July 2018), the government announced that the Sales and Services Tax (SST) and Service Tax will be reintroduced starting 1 September 2018 at 10 per cent and six per cent respectively.

However, The Malay Mail recently reported that the 10 per cent service charge imposed by restaurants and hotels is not going anywhere even after SST is implemented. According to the Malaysian Association of Hotels (MAH) president, it is not related to any government tax, so consumers will still need to pay for the service charge. 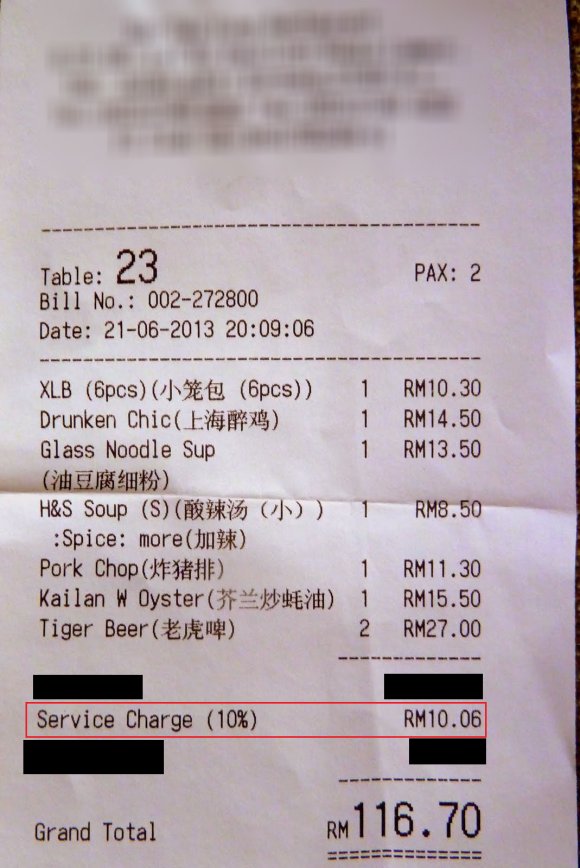 “The rest of the hotels implement clean wage system to meet the minimum wage requirement.” 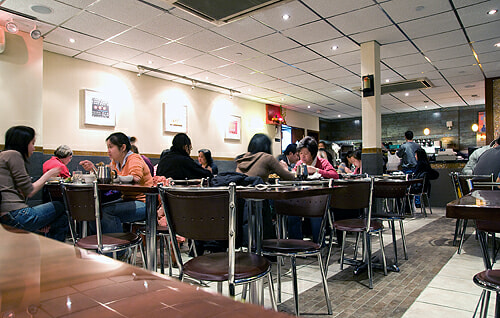 Back in April 2015 when GST was introduced, the Domestic Trade, Co-operatives and Consumerism Ministry said that restaurants and hotels can only charge a service charge fee after they have had an employer-employee collective agreement and a notice must be put up right after the agreement.

On the other hand, manager of Foong Wei Heong Restaurant, Ooi said that a five per cent service charge is levied to cover the cooking and serving. On a separate note, he is worried that some businessmen may increase the prices after SST comes into place and thus hopes that the government will take precaution to stop it from happening. 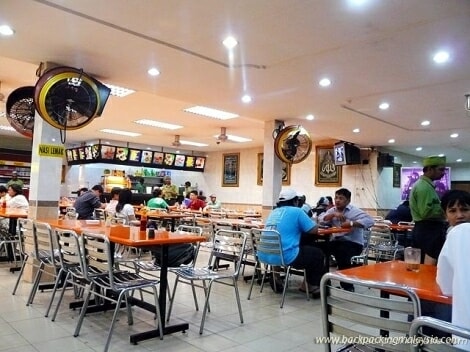 It looks like the service charge is here to stay as it clearly has nothing to do with the six per cent service tax. They are two different type of charges, guys! After all, it’s also beneficial for the staff, since tipping isn’t a practice in this part of the world.

What do you think of the service charge staying in place despite the reintroduction of SST come September? Let us know in the comments!

Also read: SST to Be Reintroduced at 10% and Service Tax at 6% Starting September 1 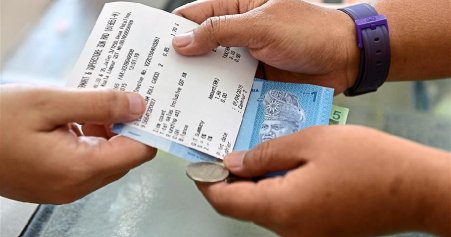