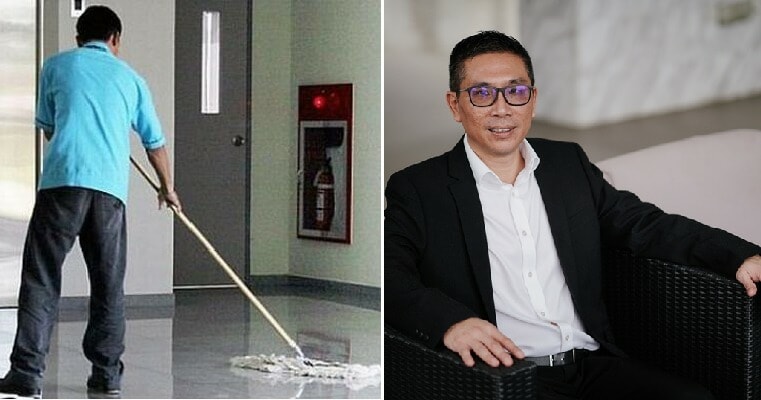 Looking at Vernon Kwek, 48, the CEO Primech Services & Engineering in Singapore now, you would never have thought that he used to be a bankrupt once and was a school dropout. His cleaning company now employs about 3,000 employees and has an annual turnover of SGD80 million (RM240 million). He also attributes his success to something his ex-girlfriend said, when she dumped him for being too poor.

However, things weren’t as rosy back then when his previous cleaning business failed due to his complacency and hedonistic lifestyle. He was forced to file for bankruptcy and found a job as a cleaning supervisor with a monthly salary of SGD1,300 (RM3,900), a big drop from his previous salary of SGD25,000 (RM75,000) a month, Straits Times reported. 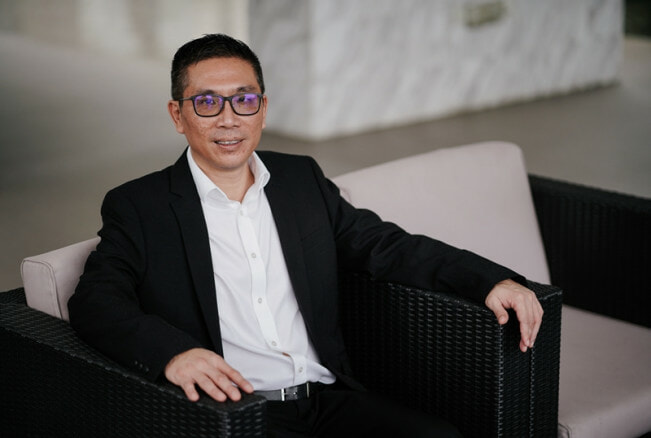 His story started when he was 14 years old and he dropped out of school, although his father had forbade him to do so. Before that, he was looking for jobs for his father, who had recently lost his job as a salesman and found an ad in a Chinese newspaper looking for a cleaning supervisor.

The then-13-year-old boy told his father, who got the job, which gave him a motorbike and paid him SGD650 (RM1,952) a month. Vernon would help his father on weekends, doing the cleaning in offices and toilets in various buildings. One day, he discovered that managers of cleaning companies could earn more money than an engineering fresh grad, so he dropped out and ran away from home for two months.

Later, his father agreed and 14-year-old Vernon became a full-time cleaner with a salary of $430 (RM1,291) a month. Due to his hard work and resourcefulness, he managed to be promoted to supervisor at the tender age of 14 with a salary of SGD800 (RM2,400). 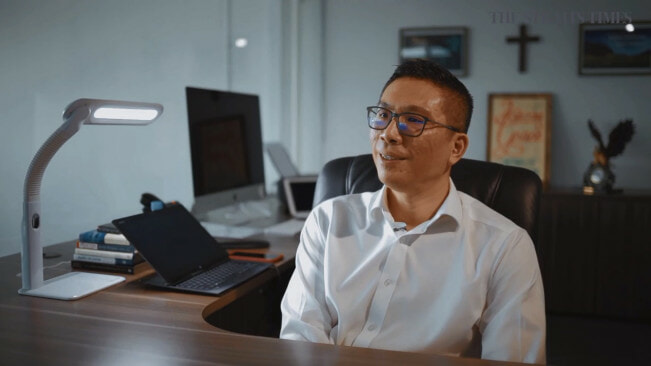 “I asked the manager if he was sure. My dad became a supervisor only when he was 40. I was only 14. But he said: ‘Don’t worry. You have your dad’s genes. He has leadership qualities, you should have the same too’.” A few years later, he rose through the ranks to become senior supervisor with a salary of SGD1,100 (RM3,300) a month until he left for National Service.

During this time, he went through another rebellious period where he skipped NS and was subsequently punished. He was also dating a girl at this time who dumped him for a university undergraduate and who helped push him to be a success. “She said: ‘You’re a cleaner. I don’t have a future with you.’ I actually have to thank her. If not for what she said, I would not be here today,” says Mr Kwek. He is now happily married with four children aged between nine and 16.

He went back to his former company and worked like a subcontractor, earning SGD25,000 (RM75,000) and driving a BMW 318. He started to indulge himself and spent all his money as his friends encouraged him to do so but his downfall came soon after, when the company heard about the 25-year-old’s antics and cut him off, leaving him bankrupt at 26. 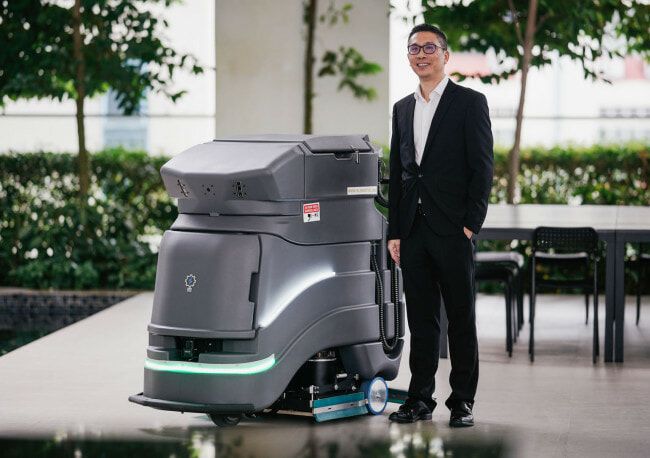 After spending five days crying over his loss, he girded his loins and found a job. His hard work paid off, and he was earning a five-figure salary after a year of bankruptcy and was discharged five years later. However, life threw in another twist of fate again when one of his subcontractors was arrested for hiring foreign workers illegally, and he was charged too.

Vernon spent four months in Tampines Prison before he went back to Jani King, the company he worked in before he was sentenced. He joined WIS Holdings later and ten years down the road, he was transferred to Primech. The company had 200 employees then and made SGD500,000 (RM1.5 million) a month.

Vernon has a 10% stake in the company now and runs Primech as well as another two cleaning companies, A&P Maintenance Services and Maint-Kleen. They have contracts with some of the biggest companies in Singapore, including Changi Airport Group, UOB and about 25 luxury hotels as well as diversifying into landscaping and pest control.

Now a success story, Vernon says that it was due to his people skills and his willingness to work and adapt that got him where he is today. He also likes to read a lot and when asked, he said that he is not ashamed of his past. “I did something wrong but it has brought me here. Why should I be ashamed?” he added.

That is certainly an inspiring story and shows us that hard work and perseverance really works!

Also read: 8 Inspiring Facts of 99 Speedmart’s Disabled Founder Who Made It Against All Odds 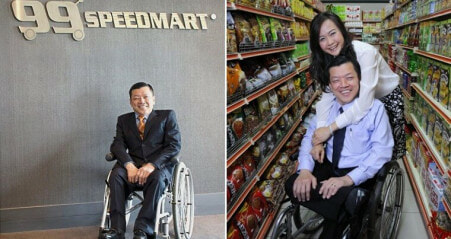