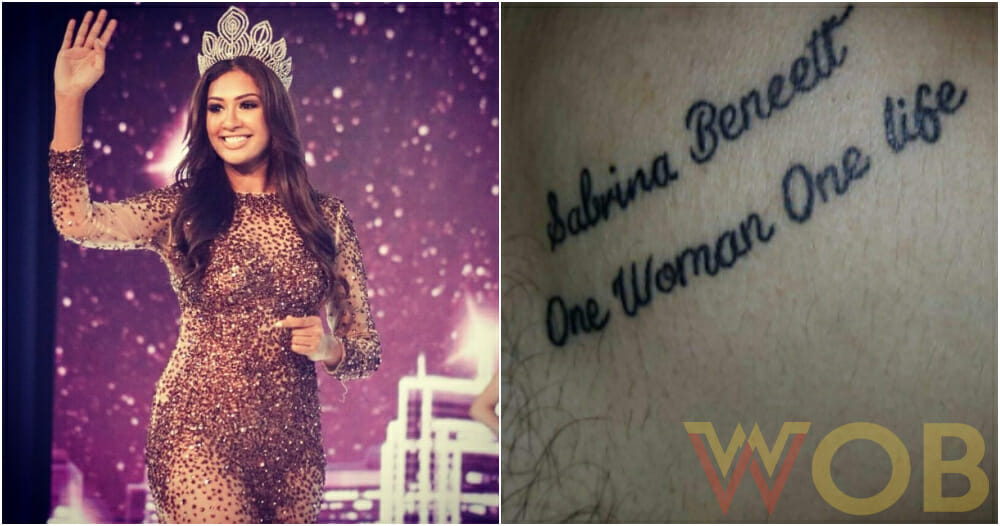 There’s so much that one can go through when they’re part of a particular hall of fame. Celebrities, artists, idols, and public figures face this almost every day once they have reached the peak of their careers, where now eyes are constantly on them.

However, is it just a fine line that differentiates a harmless adoration from a fan and what seems to be a toxic obsession?

After almost 8 years of staying quiet, Former Miss Universe Malaysia, Sabrina Beneett, finally breaks the silence. She shares her horrific story of being harassed and stalked by a man that, what she assumed at first, was a “well-wisher.”

How It All Began…

The harasser was not exactly a stranger to the 2014 pageant winner.

“He was someone who used to date a girl that studied with me so there were instances that I have seen him around college staring from afar while waiting for his then girlfriend,” she said.

Sabrina explained that they never interacted before that until one night, back in 2013, after she had won one of the titles in a local pageant, the harasser came up to her to congratulate her. He shooked her hand and told her that he had been rooting for her.

“It started off harmless; he added me on Facebook, and I accepted given that he was an acquaintance and a well-wisher. Eventually, he asked me out for coffee to which I declined politely and explained to him that I was not interested to meet or connect further,” she explained.

The Harassing and Stalking

After being turned down the first time, the harasser became incredibly persistent.

“He started professing words of love and how he is the only man I should ever consider being with,” Sabrina said.

Several messages turned into hundreds of messages a day although she had sternly said no. Hence, she blocked him on social media. Thinking that would be the great solution, Sabrina thought wrong. 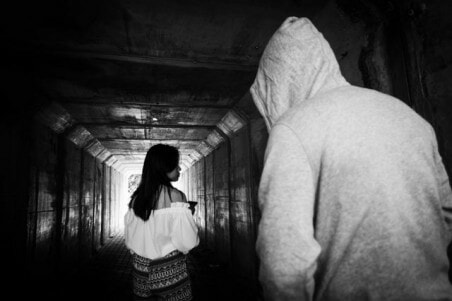 The harasser created fake accounts on Instagram and Facebook. He even re-shared pictures she had posted on her social media; thinking they were coded messages just for him.

Sabrina said, “If I posted a picture of myself on a night out with girlfriends wearing a slightly revealing top; he would be excited by it, thinking I wore it for him.”

He also reached out to her sisters, circle of close girlfriends, friends, colleagues and acquaintances on social media; carving a story of how Sabrina, being an alleged characterless scarlet had given him hope and misled him and thus deserved to be punished.

“Once the harasser tormented a close friend of mine by calling into his workplace to threaten the staff about burning down their premises and left ill commentary about his character and business to customers that follow their business page,” she tells us.

“If that were not bad enough, this entire experience turned into a nightmare when he began stalking me,” she added on.

The harasser would name the places he saw her at and could also name the friends she was with and what she was wearing, despite being cautious not to tag her location whenever she is out.

“He showed up at a restaurant where I was having lunch with a girlfriend, by stalking our movement, to beg us to befriend him,” Sabrina tells us.

They insisted his presence was not at all welcomed and asked him to leave, he stayed on, begging, and insisting until other customers at the restaurant started noticing something was wrong. Eventually, he got uncomfortable and left.

“That was when I made my second police report immediately after the incident and was told by the authorities that they could not act on it as he had not committed any physically assaulted on me,” she said.

In another incident, the harasser sent her multiple videos of himself speaking about made-up fantasies of having a future together with Sabrina.

“He would say things like; “your womb belongs to me” and give names to potential children he would imagine having with me,” Sabrina tells World of Buzz.

As much as the beauty queen tried her best to ignore his messages, he never gave up. He even got a tattoo of her name! 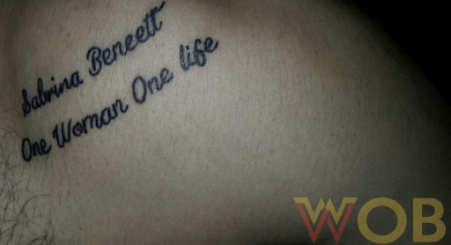 “He has claimed to have gotten a tattoo of my name on it saying that since he is certain that his love would last forever the tattoo is a constant reminder of that.

The harasser has been relentless and persisted over the course of more than four years and I do not see a sign of him stopping,” she tells World of Buzz.

“I want to tell my story and seek the justice I deserve. It is not right that our laws do not do enough to protect our women from harassers, abusers, stalkers, cyberbullies, and sexual predators,” she said.

Sabrina has made 3 separate police reports against the harasser over the years as well as an additional report made by her friend who was also threatened by him.

“I was told by the authorities that until a physical assault had been committed onto me, there was nothing else they could do but to just call the accused in for a statement and let him go,” she explained.

“I cannot be the only woman in this country who has been disadvantaged by our system and I aim to use my voice to raise awareness and impact real change on this matter, for my own sake and safety. It will be the only way I will be able to sleep peacefully at night knowing I have done everything in my power to not be a victim anymore even if the law and enforcement in this country are not able to perform its function and protect me,” she added on.

Sabrina also said she is worried for her safety once the media hype dies down. 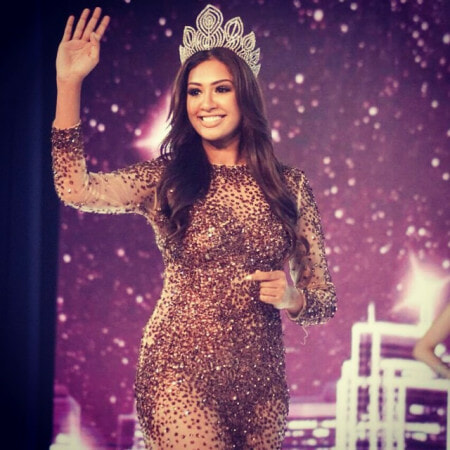 “Everyone will forget about my story, but I will have to continue living with caution and anxiety. It is not right that the law and enforcement in this country is not able to perform its function to protect me. Since I have chosen to go down this path, I cannot stop my pursuit of justice until this matter is given light by lawmakers and enforcers alike,” she tells us.

It is reprehensible to live in a nation that pays so little attention to the laws protecting the vulnerable and does so little to protect its women.

“If you know someone who can help me bring about real change on the matter, please reach out to me,” she pleaded.

We hope Sabrina Beneett will get the justice that she deserves.

Also Read: M’sian Girl Follows Man She Called “Bangla” Around To See His Reaction, Gets Called Out For Harassment 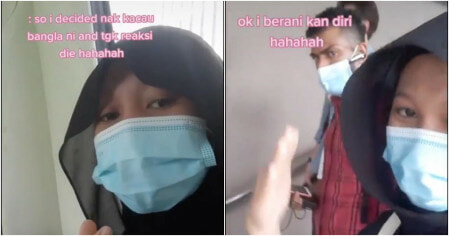