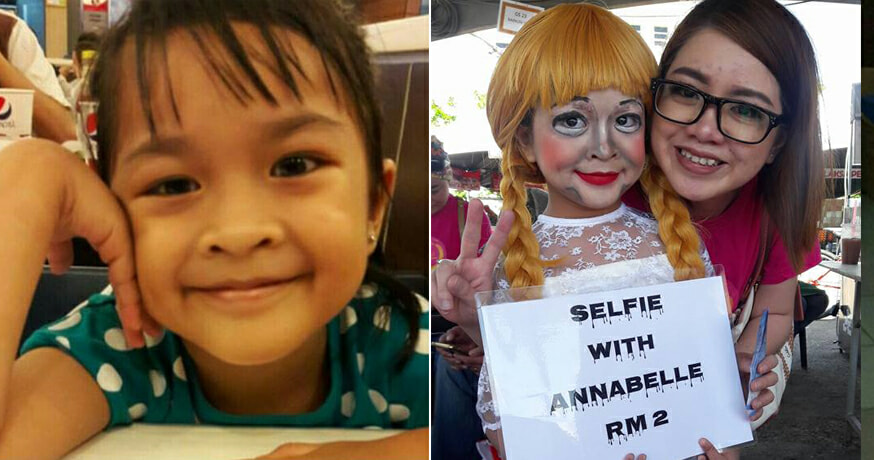 Dolls have always been creepy to me. I mean, just look at Japan’s creepy AF abandoned rural village where dolls outnumber the living.*shivers* These human being models have also been featured in many movies, more specifically, horror genre movies. Think Chucky, Annabelle, Jigsaw, Brahms, and more.

A seven-year-old girl from Sabah, Rosabelle (also known as Bell), has been the centre of attention among local netizens lately for her cosplay of movie character, Annabelle. Maybe her long lost sister is Anna, geddit?

You may be thinking, aiya it’s just another kid dressing up for a party or event, no big deal. But Bell’s reason behind her transformation into the scary movie character will melt your cold, icy wall.

Bell’s mother, Stacy, shared her daughter’s amazing story on Facebook. It all started off with Bell’s worn-out schoolbag after just two months of attending school. The weight of the large amount of books were too much for the bag, leaving her no choice but to get a new one. She also turned into a laughing stock among her schoolmates.

On their hunt for a new schoolbag, a pink three-wheeler bag caught Bell’s attention. She jumped in excitement, happy that she found the schoolbag of her dreams. However, her hopes came crashing down at the sight of the price tag on it – the bag costs a whopping RM159.90! I didn’t know children schoolbags were that expensive. 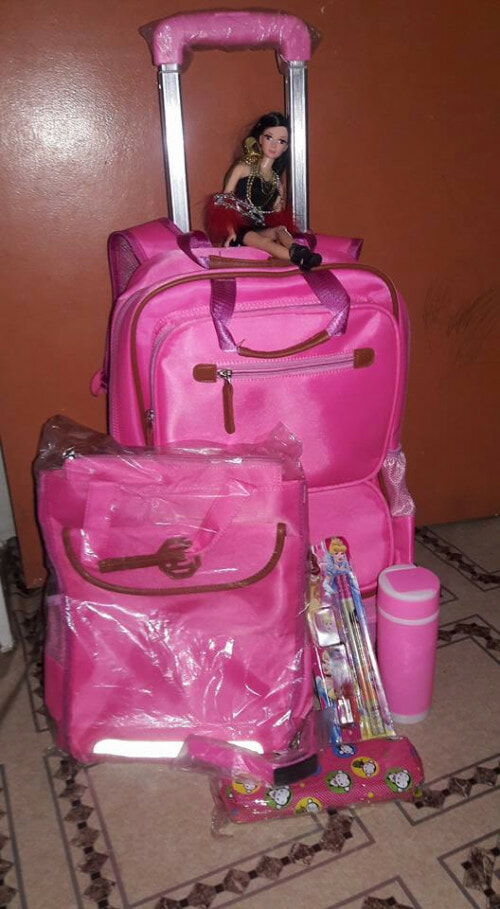 Taken aback by the bag’s pricey cost, Stacy told Bell that they would get the bag some other time, as it was expensive for the family. Bell’s smile instantly vanished, and she agreed with her mother in a dejected tone.

“It hurts being unable to afford something your children wants that is out of your budget. The BR1M money had yet to be credited at that time, and it aches my heart to reject a request from my child,” Stacy wrote. 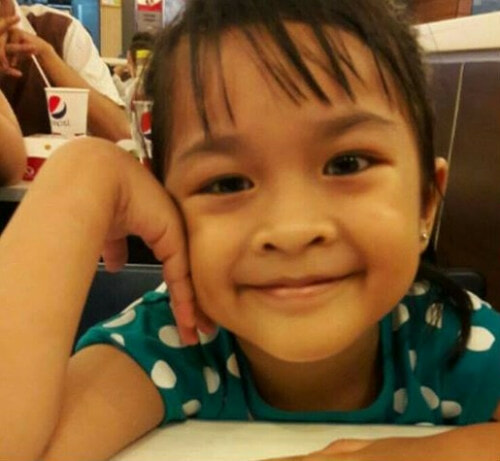 Bell was keen and determined to get her dream schoolbag as she couldn’t stop thinking about it even when she got home. Stacy comforted her by saying she could get the bag once her father gets his salary, but Bell’s response surprised her instead.

“Mum, when can I dress up as Annabelle again? What if I earn money by cosplaying the character to buy the three-wheeler bag?”

Stacy was stunned and speechless by her daughter’s request. Apparently, Bell had dressed up as Annabelle before with the help of her mother, who is a make-up artist. Fighting back her tears, Stacy decided to fulfill her daughter’s wish.

The cosplay session Bell hosted was held at a booth at Polytechnic Kota Kinabalu from 17 to 23 March, with a RM2 charge for a picture taken. Stacy’s Facebook post garnered the attention of local netizens instantly, with 5,300 likes and 3,900 shares. Local netizens flooded the comment section with encouraging words and cheered on young Bell. 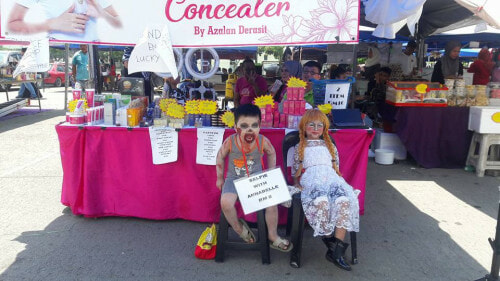 With massive support from the public, Bell received a great amount of fans to snap a picture with her. Check out some of the pictures below! 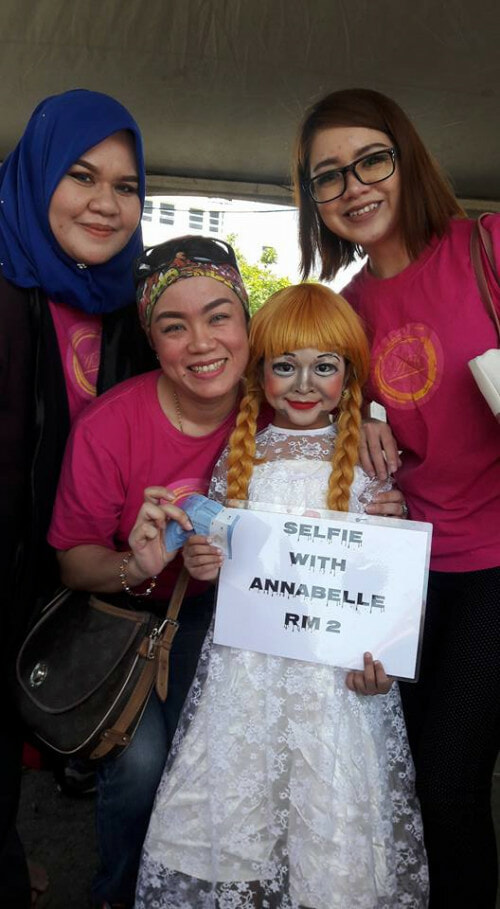 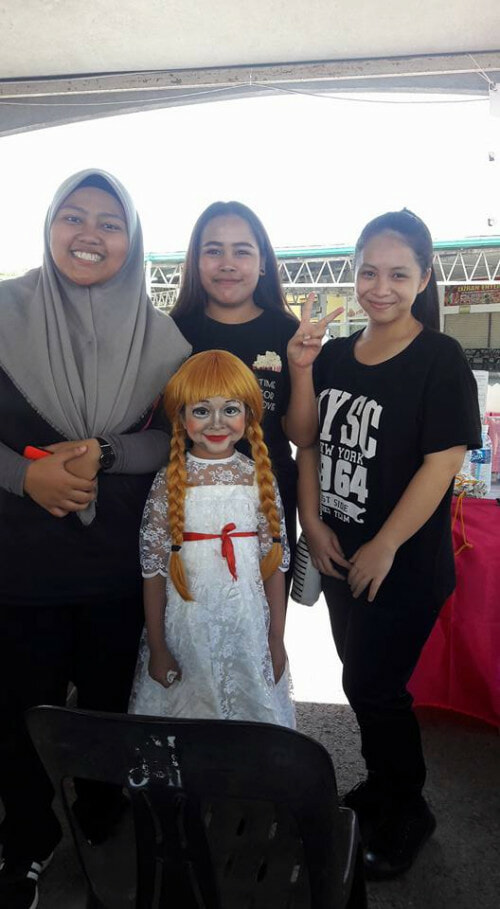 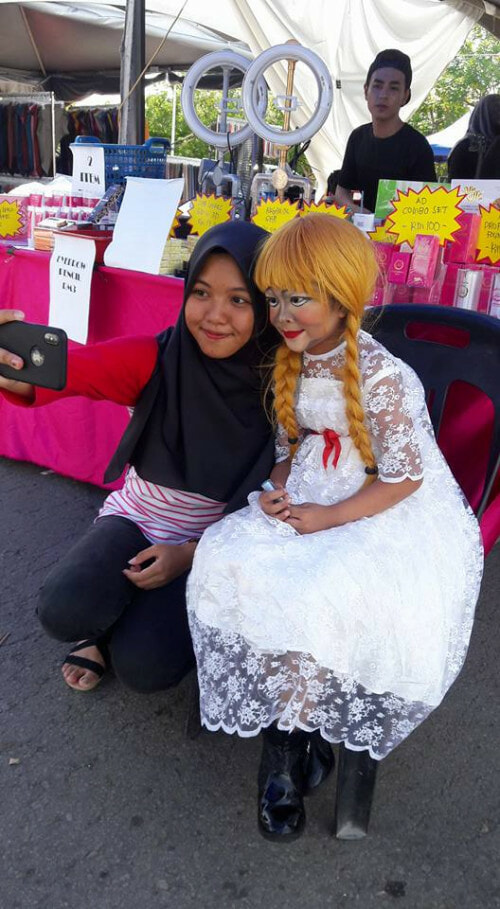 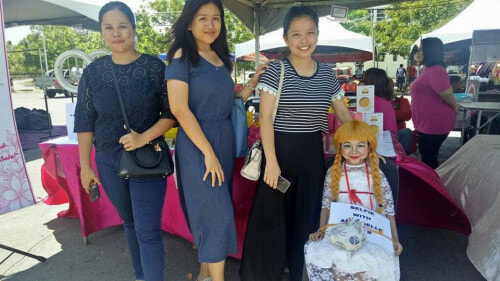 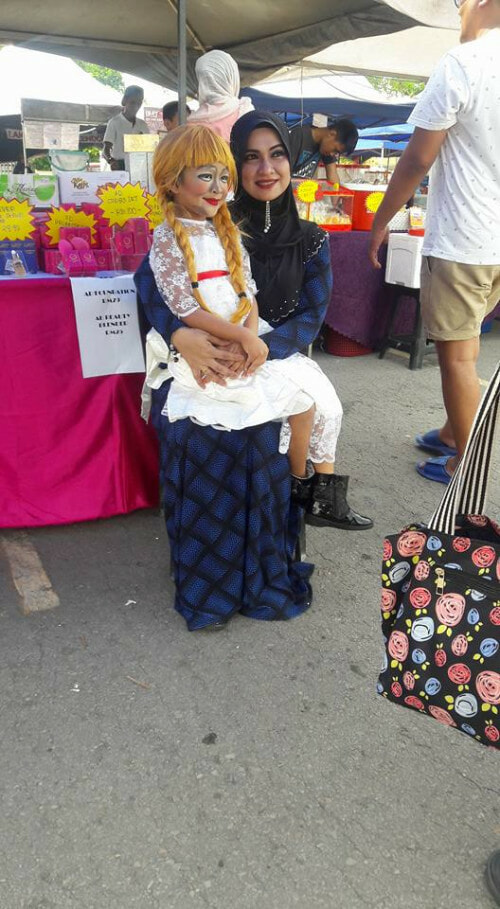 Not only that, Bell managed to earn more than half of the price of the schoolbag on the first day! You go girl! Stacy also revealed that Bell rushed to calculate the money she earned right after she came out of the shower. 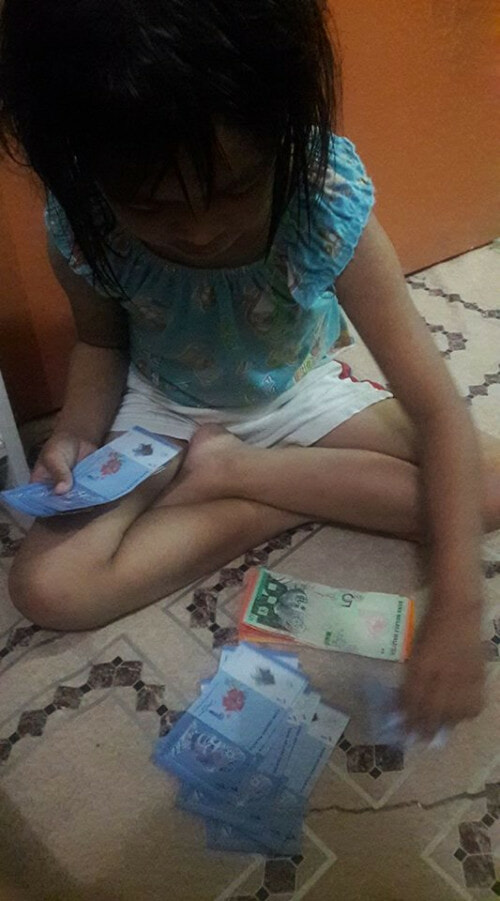 In the end, the young girl had her wish granted in less than the estimated time. Thanks to the overwhelming care and support by the local folks, Bell got the schoolbag of her dreams in just two days. She even got a discount for the bag, which she purchased for only RM140. Maybe the shop owner was touched by Bell’s efforts as well! 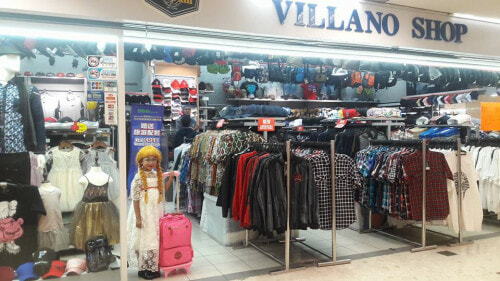 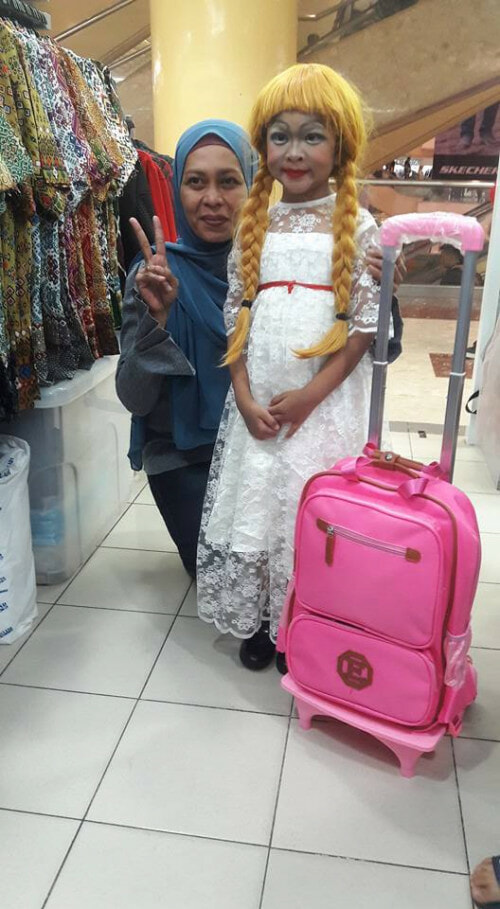 Stacy thanked the public for showering Bell with so much love. She said there were some people who offered to sponsor the schoolbag, and some from afar even asked for Stacy’s bank account number to transfer money as donation. Nevertheless, she declined all the offers gratefully.

“Your prayers are the most meaningful contribution to my child,” she wrote.

The schoolbag Bell was crazy about was a waterproof three-wheeler bag with a minimalistic design. Along with it were a small bag, water bottle, a stationery set and even a watch! Just look at that cheeky smile! 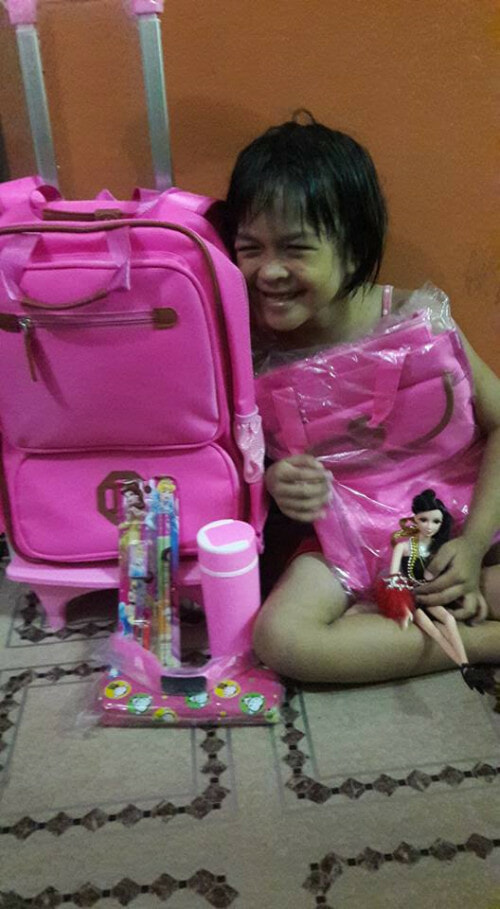 Kudos to Bell for her innovative ways to achieve her wants! Her cosplay of Annabelle is quite on-point too! 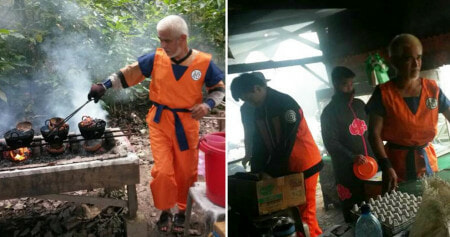