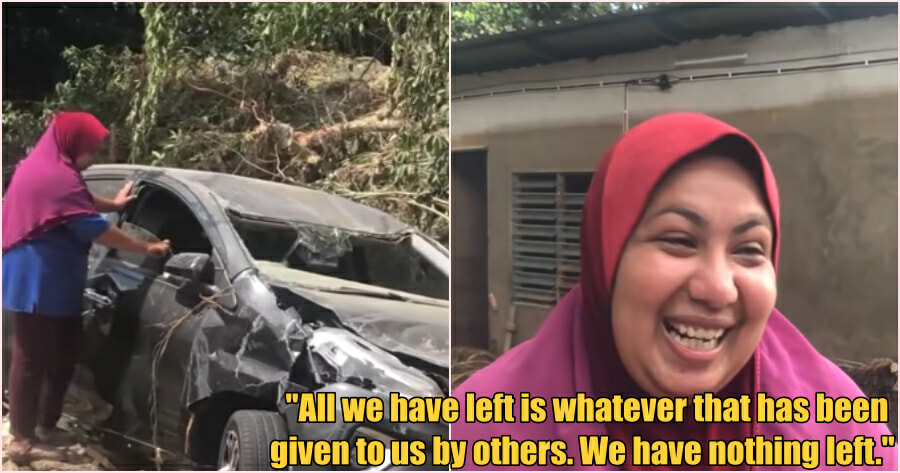 Many of us have lost our personal belongings in the flood. Some stores have even lost products that were meant for sale.

Although, it is a difficult time as many struggle to cope with the aftermath of the flash floods, some Malaysians have tried to remain positive.

In an interview that has gone viral, Malaysian Nuarjan Sulaiman warmed the hearts of Malaysians as she was seen to be smiling and making jokes despite talking about how the flood has destroyed her brand new car. 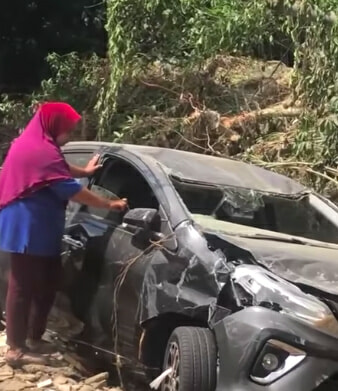 She only got the car 3 months ago

Speaking to SelangorTV, Nuarjan said “Before the floods, the car was parked on a bridge on the other side as the area is used to flooding.”

“But it has never been the case where the water had risen up and exceeded over the road. Before the floods the car was safe over there.”

“When the water was rising, my husband tried to move the car. But he did not manage to.” 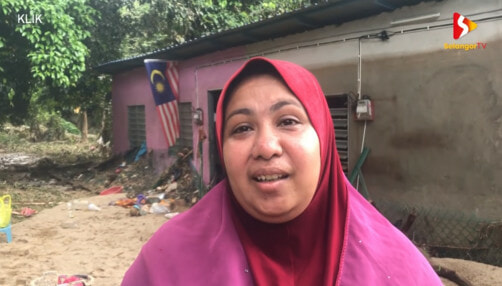 “It was difficult to get the car as we have small children and had to save up for it. It was our only car. Before this we borrowed people’s car whenever we needed a car.”

“It took us many years to save up for the car and we only managed to get it now because of our EPF withdrawals,” she explained. 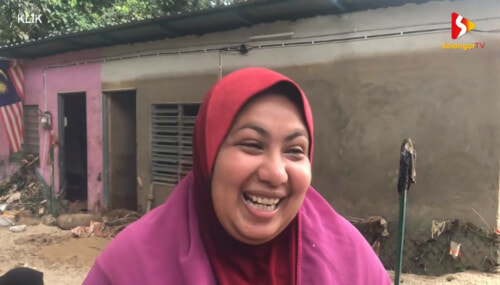 She said that she is a stay at home mother of three children whilst her husband was the breadwinner.

“Before this we would borrow my father’s car but even that was destroyed by the floods,” she said. 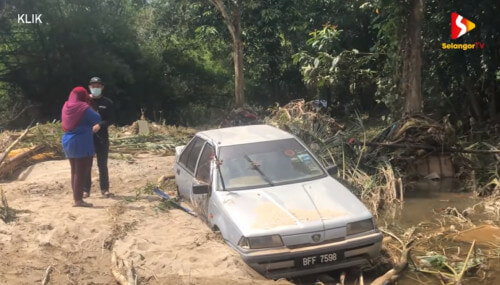 “It’s really sad cause my children were happy and excited that they get to travel in the new car.”

“What is there to do… All we have left is whatever that has been given to us by others. We have nothing left.”

Netizens praise her for trying to remain positive despite the situation

Her interview has been viewed more than 131,000 times. Many users took to the comments section to sympathise with her and praise her for being strong and positive despite the situation she is in.

One user said, “This lady is so amazing that she is still able to smile in tough times. So resilient and strong. I hope that Allah eases things for her and her family.”

“It’s a sad situation yet she can still explain and speak. She’s a strong person,” said another user. 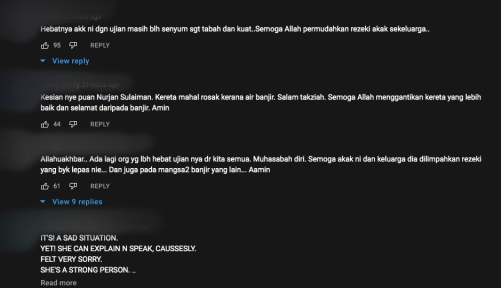 “You are still able to laugh… you are a strong person,” commented a user.

Watch the full interview below: 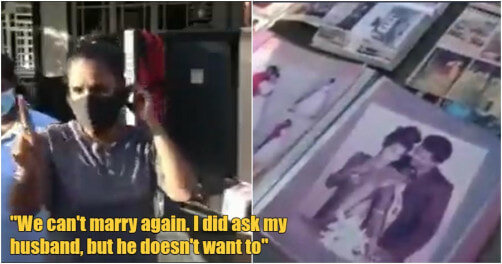