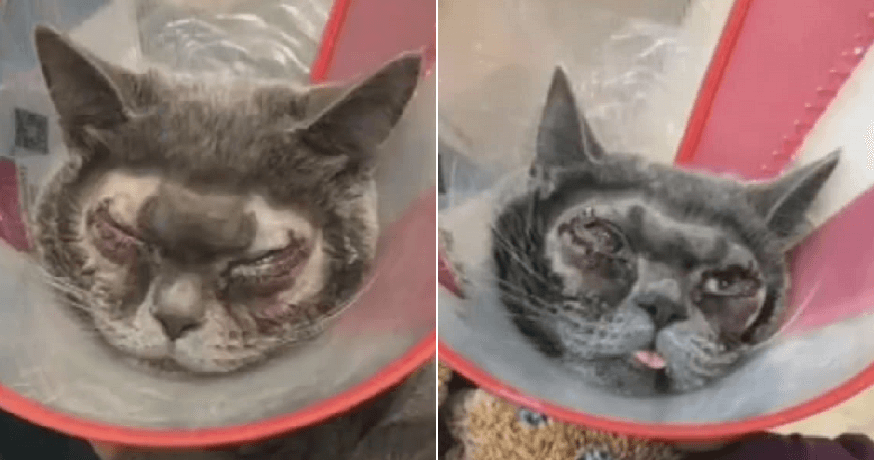 They say that beauty is in the eye of the beholder. Unfortunately, this beholder couldn’t see the beauty in her cat’s eye.

According to Daily Mail, a pet owner in China has been heavily criticised for bringing her cat for plastic surgery. The woman from Nanjing, China paid 10,000 yuan (approx. RM6,000) for her cat’s double-eyelid operation because she thought its monolids were too ugly. No cats are ugly!

These are the pictures of the cat post-surgery. 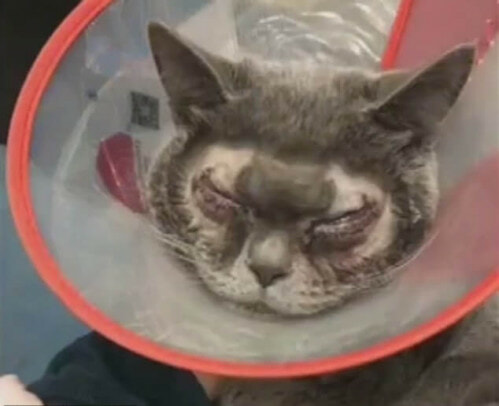 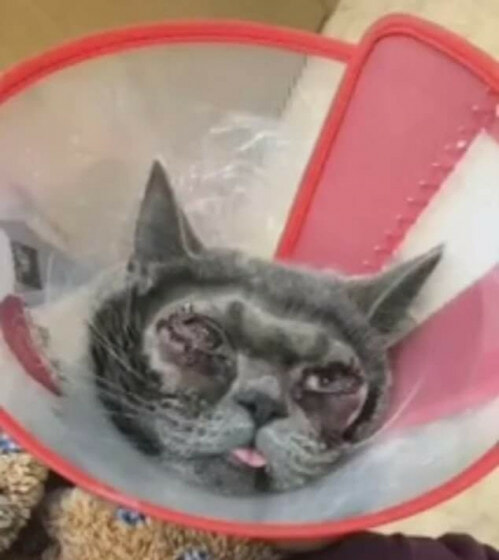 In order to add an extra eyelid, the vet would make a cut on each of its eyelid with a scalpel and a crease would then be added on. After shaving off its fur, a line of stitches can also be seen on each eye. Ouch, just look at the poor cat’s eyes!

A staff member at the Rupeng Hospital in Nanjing shared that double-eyelid surgeries for pets were getting more common nowadays. He also pointed out that the surgery was especially popular for dog owners who want their pets to compete in talent shows. However, he added that the process is a highly uncomfortable one and may carry possible health risk. 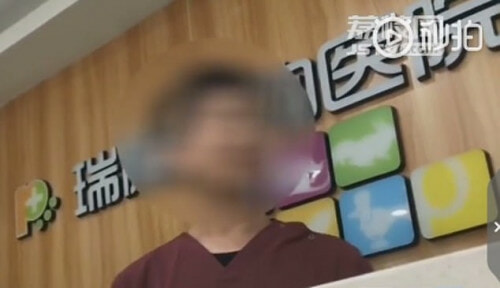 After news of the incident went viral, many netizens were outraged at the pet owner’s actions. The comments section on the Chinese site, Weibo, was flooded with people condemning her actions, saying that her actions were indistinguishable from animal abuse. These are some of the comments that have been translated:

“If the procedure is just to make it look prettier, it’s completely unnecessary as it causes the animal pain.”

“It doesn’t even look like the same cat anymore. This is plain torture.”

“I would go as far to say this is animal abuse and a complete disregard of the poor cat’s feelings.” 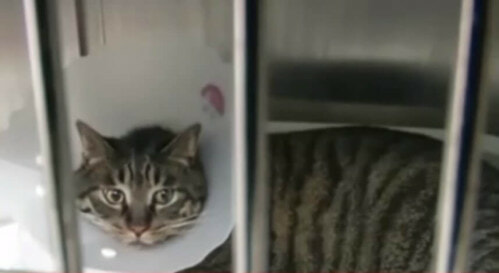 Although plastic surgery may sometimes be beneficial for pets, they still shouldn’t have to go through unnecessary pain for the owner’s satisfaction. Today has revealed that one of the most common procedures for dogs is the tummy tuck as it may prevent bacterial infections. Other than that, they also undergo laser nostril procedures to help dogs with wrinkled noses breathe easier.

Let’s just be reminded that we shouldn’t bring our pets for plastic surgery unless it is absolutely necessary. At the end of the day, we should love our feline friends as they are purr-fect the way they are! 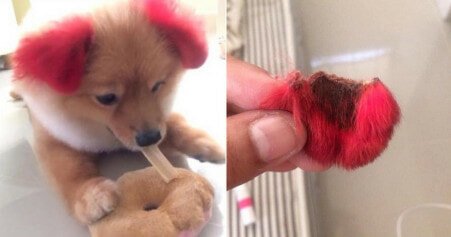