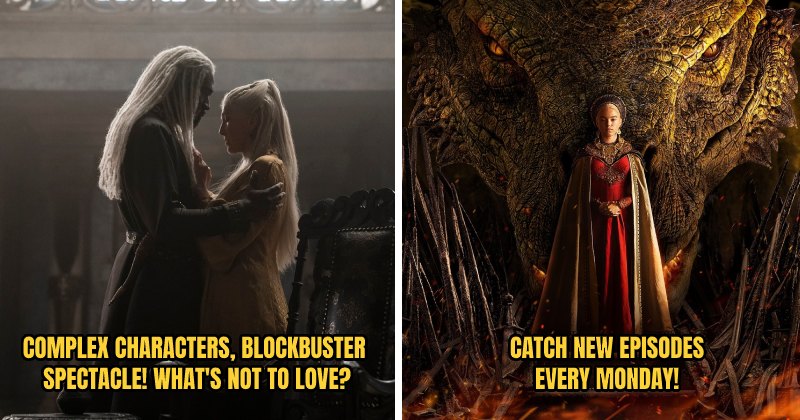 Three years ago, one of the biggest highly-revered pop culture phenomenons in the world ended with polarising views, leaving scars lasting till today. However, HBO’s latest Game of Thrones prequel, House of the Dragon, seeks to change all that – by diving deeper into Westeros’ past and exploring the glorious yet ill-fated heritage of House Targaryen.

After watching House of the Dragon’s debut, The Heirs of the Dragon, what did WE think of it? Here’s our honest spoiler-free review, from both a long-time Thrones fan AND a newcomer’s perspective!

Hold on… What’s House of the Dragon about again? 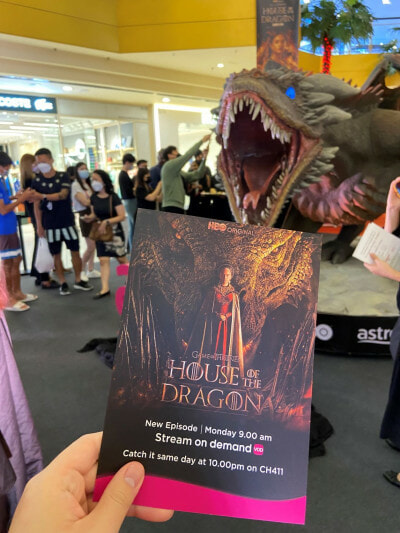 For those unfamiliar, House of the Dragon is based on George R.R. Martin’s best-selling ‘Fire & Blood’ fantasy novel, with the series set two hundred years before Game of Thrones. It chronicles the beginning of the end for House Targaryen, the events preceding the Targaryen civil war (better known as the Dance of the Dragons), and the bloodshed war itself.

“Soooooo… is House of the Dragon good?”

Though we’ve only watched the first episode in this 10-episode series, we think that House of the Dragon is off to a brutal but fantastic start! It has the fantasy politics, rich characters and insane production value that long-time fans loved about Game of Thrones, and newcomers won’t be left in the dust either to understand the complex plot.

Unlike its predecessor/sequel, House of the Dragon has a more focused set of main characters, though they’re equally as fascinating as players in the game for the Iron Throne. In just around an hour, The Heirs of the Dragon establishes its key characters, their motivations, the stakes at hand, and the setting in one fell swoop, all without exposition dumps or fillers!

House of the Dragon also marks a return to the viciousness and plot twists that made Game of Thrones so addictive. There were a couple of sequences in the episode that were hard to watch while raising the tension, due to how impactful they are to the plot. Fortunately, they aren’t used just for shock value, serving as another medium to explore the characters in a raw, honest manner.

2. Characters: Hate, love or hate-love them, we’re all in! 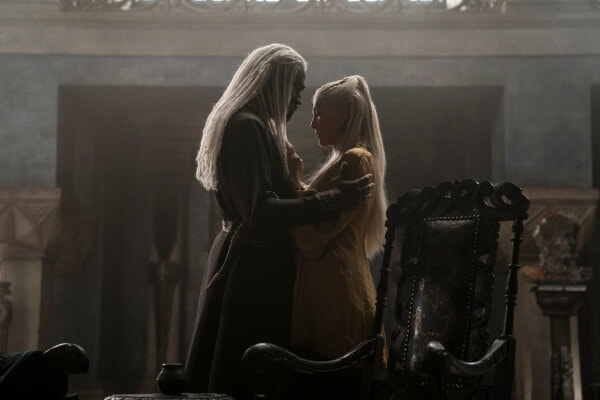 Steve Toussaint as Lord Corlys Velaryon (head of House Velaryon) and Eve Best as Princess Rhaenys Targaryen (“The Queen Who Never Was”).

It was impossible to find anyone who’s a bad actor in House of the Dragon, with every actor and actress effortlessly carrying their roles! If we were forced to pick, we’d single out Matt Smith (Daemon Targaryen) and Paddy Considine (Viserys Targaryen) for stealing every scene they’re in, embodying the pride, pressure and anguish they experienced. 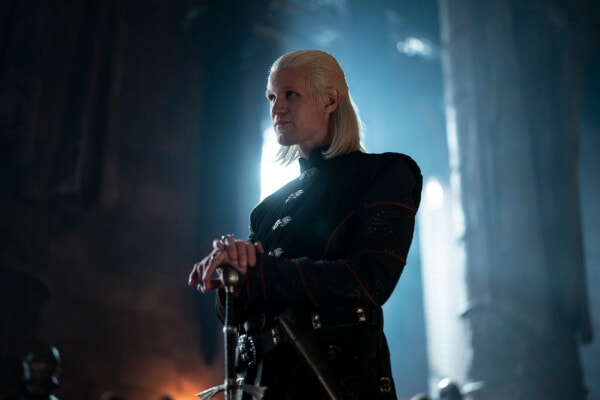 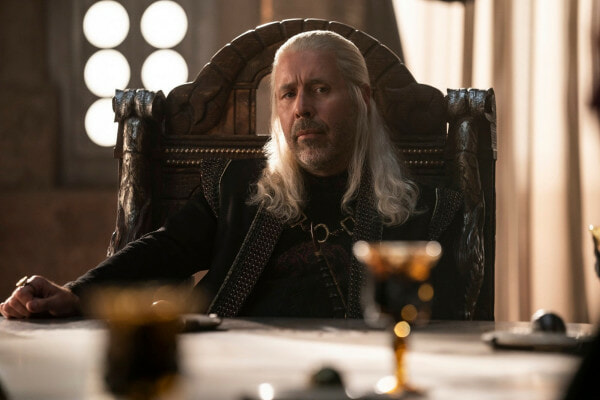 On another related note, the writers have taken great care in ensuring characterisation not only comes organically but also plays a part in the grand scheme of the plot. For example, Daemon and Viserys were initially portrayed as a power-hungry brute and a kind, gentle king, respectively, but we later realise both of them, as well as other key players, represent different but coherent views on who deserves to ascend to be crowned. So complex!

3. Production, visual & music design: Go big at home with the pinnacle of TV

HBO productions have proven time and time again why they’re peak TV, and House of the Dragon is another win in their book! From the CGI of the majestic dragons to the impeccable costume design, it’s plain to see that the crew have poured their heart and soul into the show. Even the cinematography is to die for, with the tournament sequence as our personal favourite – we LOVED how visceral the jousting scenes felt.

And finally, we just had to dedicate an entire paragraph to the music of House of the Dragon – Ramin Djawadi (returning award-winning composer from Game of Thrones), you’ve done it again! It shook us to the core hearing motifs of the Game of Thrones main title theme throughout House of the Dragon, but newcomers can also appreciate how the music elevates every scene, transforming them from great to magnificent.

4. What we’re excited for in the near future: The plot thickens! 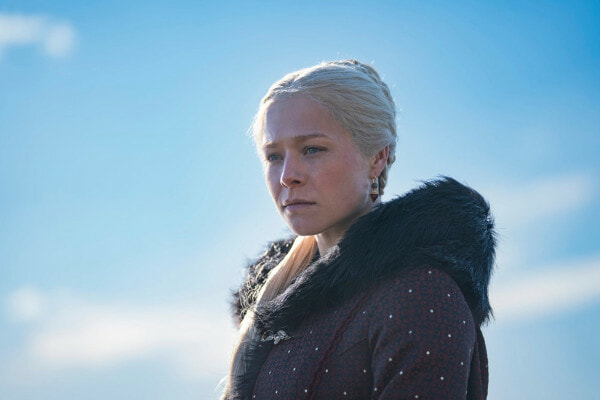 Apparently, Emma D’arcy (adult Rhaenyra Targaryen) narrated the beginning of the episode – what a voice!

House of the Dragon’s first episode left us wanting MORE House Targaryen drama! But, since it’s related to Game of Thrones, we have a feeling that we’ll be introduced to even more key characters that would complicate the broth, much to our gleefulness. It’d be nice to see tiny glimpses of House Stark, House Baratheon and co. from time to time too!

In terms of characters, Emma D’arcy (adult Rhaenyra Targaryen) hasn’t made an appearance yet, so we assume there’s a time jump somewhere after Milly Alcock finishes Rhaenyra’s arc as a teenager – can’t wait to see how much Rhaenyra will grow!

And most importantly, DRAGONS!!! It’s rumoured that a total of SEVENTEEN dragons will appear in House of the Dragon, with Rhaenyra and Daemon’s dragons, Syrax and Caraxes, showing their face and wings in the premiere. Will we get to see dragon-on-dragon battles? We hope so!

Stay hyped with us for the next episode!

House of the Dragon is now streaming on Astro! Catch new episodes on demand every Monday or watch it on HBO CH411 at 10PM on the same day – FREE for all Astro Movies Pack customers!

If you’re not a subscriber yet, now you can enjoy Astro Movie Bundles at only RM59.99/month* for six months (normal price: RM94.99/month), with front-row seats to critically-acclaimed films and original series anytime you want!

These are all the perks that Astro Movie Bundles subscribers can savour:

Check out Astro’s Movie Bundles now to watch House of the Dragon and other exciting movies and TV series!