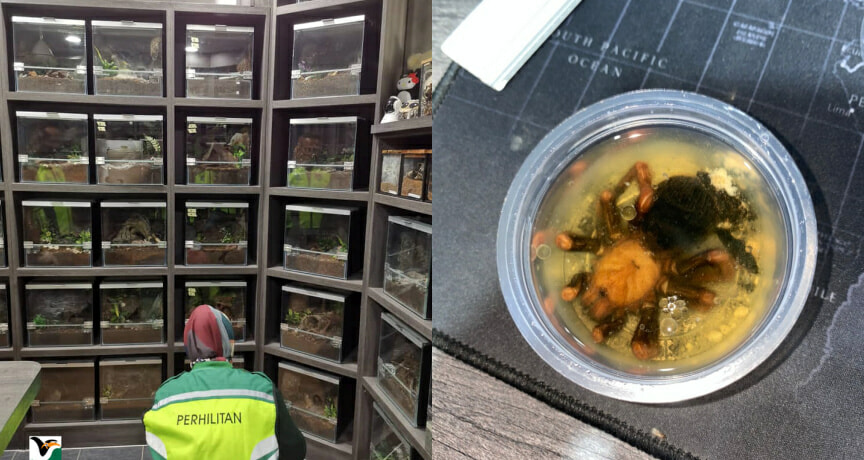 The incident happened on 6 October, and those wildlife species were confiscated because they were ‘suspected to be illegal’, and ‘kept without a licence’. “A police report has been lodged (by the Wildlife Department) at the Seremban District Police Station regarding this operation. All the confiscated items were taken to the Negeri Sembilan Wildlife Department for further action,” the statement adds. 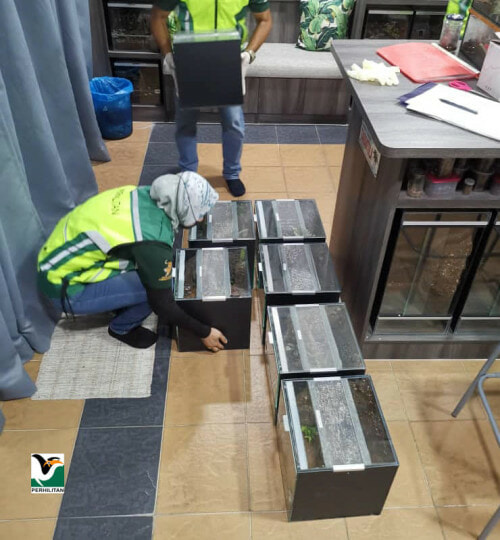 According to Un, the department raided and took away the 12 species of Tarantula without a warrant. All the species that were taken away are perfectly fine to keep and do not require any license.

“My friend Exotics Lair showed them the Akta (official acts) to show that those species are legal to keep, but they just gave the reason that they are confiscating them for ID (Identification) purposes,” Un said, adding that there were no official letters or warrants provided by the department.

Four days prior to this, the department also conducted a raid on Un’s house as he is also a Tarantula keeper. “They did not take away any of my Tarantulas but they know Exotics Lair and I are friends, so apparently they might come back to check on one of the species again,” he said.

As Tarantulas grow, they go through a process of skin shedding, and one of the species that got taken away was in the midst of shedding its skin. “When they are shedding their skin, their bodies become soft like jelly. My friend told them to be extra careful with it as it’s going to be vulnerable,” said Un. Exotics Lair had also repeatedly told the department to take extra care of the skin shedding Tarantula.

A few days after the Tarantula collection was taken away, the department notified Exotics Lair to have some of the species taken back. He was shocked to find out that there was a piece of wood placed at the top of the said Tarantula and questioned the department, to which the department replied: “Can you accept it dead?”. 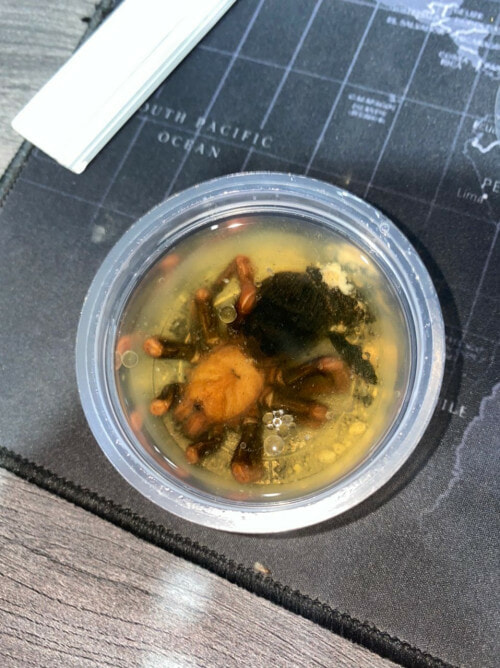 Un also added that the said Tarantula was already injured before that, as the department forcefully took it out of its enclosure (a safe place for Tarantulas to shed their skin) when it is still vulnerable just to identify it.

“It’s unethical. Being a wildlife department, they should know how to handle this, and they’re literally damaging the wildlife species at their own place,” Un told WORLD OF BUZZ.

According to him, the department has been raiding a lot of places recently, and seems to be trying to stop people from keeping tarantula or any exotic animals.

“But they fail to realise that we Tarantula keepers are keeping them from extinction, we care for them with passion. Thanks to Tarantula keepers, the endangered Tarantula species like Blue Baboon from Socotra island and Poecilotheria metallic from India are now widely available in other parts of the world,” he said.

Un also showed disappointment towards the Wildlife department saying that: “Are they trying to prove a point or show authority? It is just not right for them to do this.”. 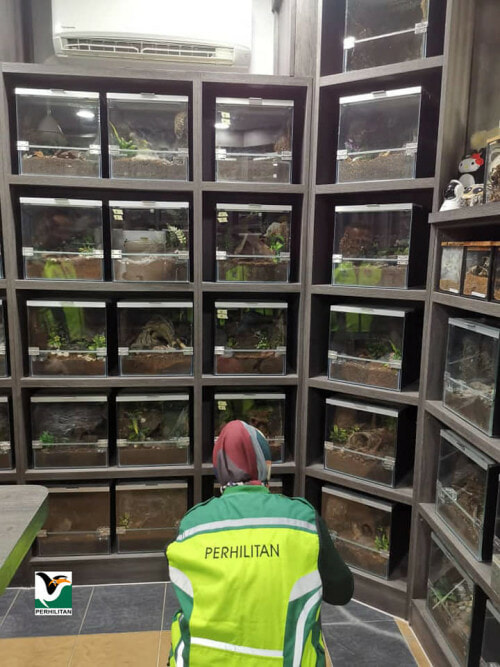 In addition, Un also said that the investigation is still ongoing, but according to the Wildlife Department’s statement, the case is captioned as ‘ wildlife crime news’, indirectly labelled Exotics Lair as a criminal, which is not true.

As of the time of writing, there are still five of Exotics Lair’s Tarantula species (excluding the dead Tarantula) being kept in the Negeri Sembilan Wildlife Department for ‘further action’, and both Un and Exotics Lair are now waiting for updates from the department.

We sincerely hope that all wildlife species can be treated with care at the Department of Wildlife and National Parks and that the passionate animal keepers can continue what they do at peace.

Also Read: If You’re Detained & Remanded By Police On Weekends Or Public Holidays, Here’s What You Should Know 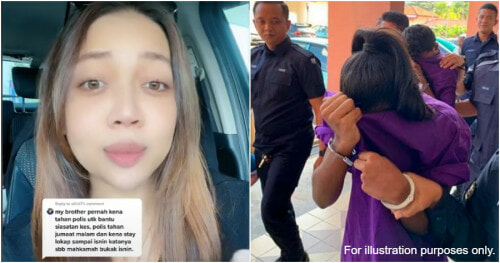