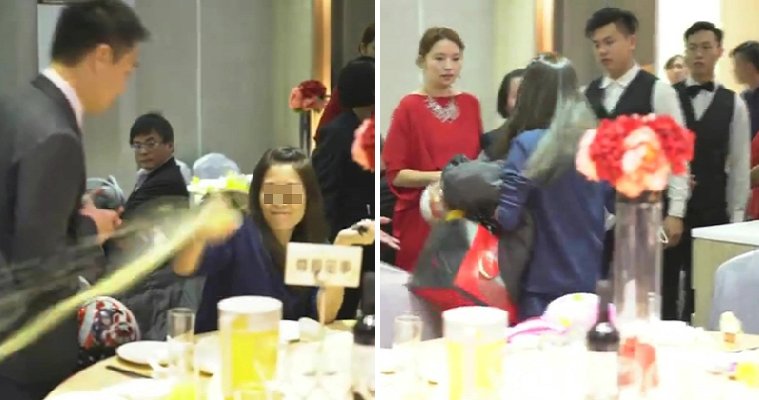 Anyone who has ever attended a typical Chinese wedding banquet knows that every seat is already assigned to a specific guest; but yet, this lady in Taiwan decided to try her luck and crash a wedding dinner all for a free meal. 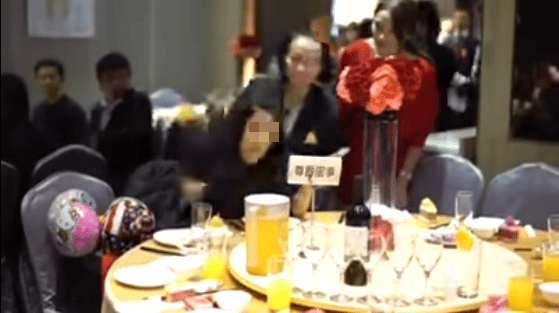 According to China Times, this woman dressed in blue had apparently entered the banquet hall without giving any red packets or acknowledging anyone. When someone approached her to ask whether she was a guest of the bride or groom, she initially said that she knows the groom.

However, she changed her statement later and said that she was a guest from the bride’s side instead. Maybe she knows both of them? The unidentified woman proceeded to sit at an empty table by herself until another guest went up to her to confirm her identity, seeing as not a single soul knows her. 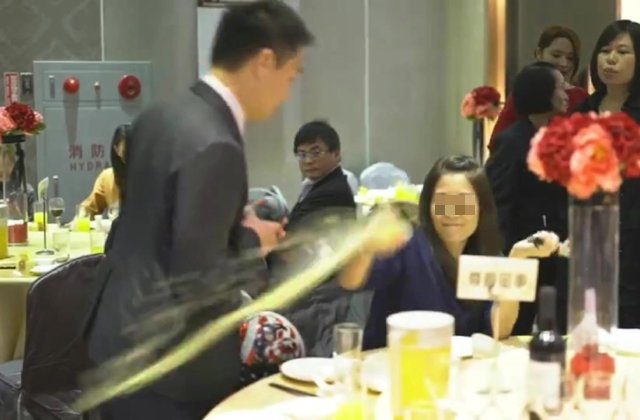 That was when things took a weird twist as the woman, who probably knew that the game was up, started to lose her temper and throw a tantrum. She started hitting the table and screaming really loudly at the guest saying, “Do not touch me!”

The shocked guest beat a hasty retreat from the table while she continued smiling and playing with her mobile phone. At this point, one of the male guests could not stand her arrogant behaviour and appeared as if he wanted to start an argument, but was fortunately held back by a few other people. That woman’s rude behaviour, though! 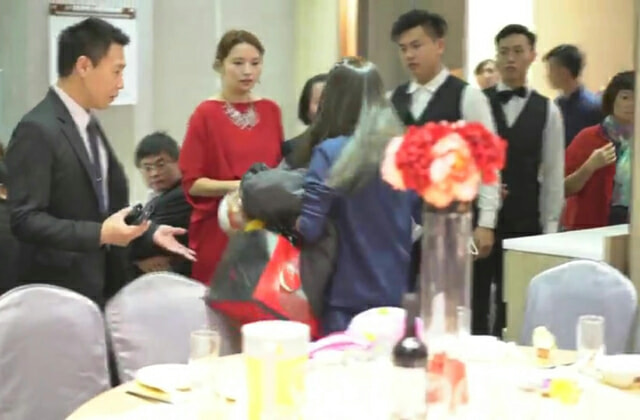 The restaurant’s staff had to intervene in the end, but when they tried to ask her again, she started screaming and slamming the table once more before finally admitting defeat. But she’s not going down without a fight! The woman then took her glass of juice and splashed it all over the floor while messing up the table.

When the staff tried to restrain her, she fought back and grabbed her coat to walk off. However, she also grabbed a bag of what looks like wedding biscuits and balloons before stalking off. To the relief of everyone! Some of the guests said that she was embarrassed to be caught trying to cheat her way in so she decided to throw a fit and cause a scene.

Hopefully the bride and groom’s wedding went smoothly after that!

Also read: Wealthy Man Exposes Video of Fiancée Cheating on Him During Their Wedding Banquet 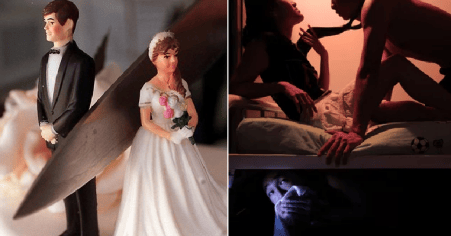