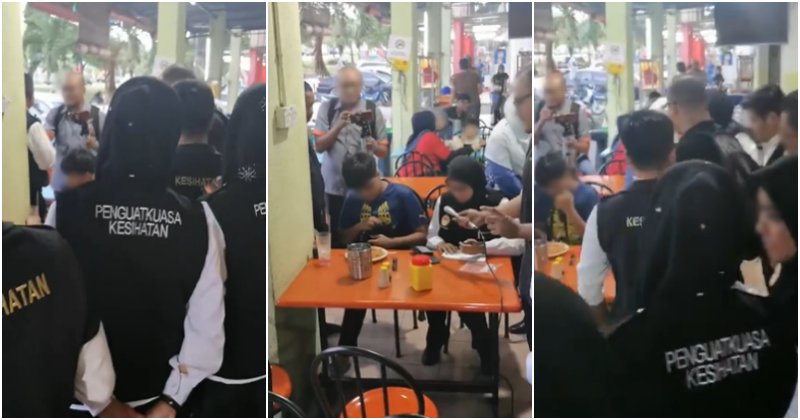 Still fresh from our new year celebrations, Malaysians had also another reason to celebrate – our eateries are now totally smoke-free.

Despite ushering this new eatery smoking ban, where smokers are not permitted to light up within three meters of any eatery’s perimeter, there are still those out there who think that they are above the law.

One young smoker got the shock of his life when he thought that he would be able to show how rebellious he was by smoking.

It all changed when the fuzz arrived on the scene.

The video, which has garnered more than 300k views, was taken at an unnamed restaurant featured one young smoker surrounded by enforcement officers donning black vests.

In the video, the recorder mentions that numbers alone can instil fear to those who are still adamant that the smoking ban does not apply to them.

Commenting on the video, some netizens commended the enforcement officers in their efforts to ensure that laws are followed, some others threw hurt in the direction of the teenager for not adhering to set laws.

“If you know that you cannot smoke at eateries, why do it anyway? Now accept the consequences of your own actions.”

It is important to note that the government gave the public 12 months’ notice for EVERYONE to adapt to the news ban.

We sincerely hope that this video will serve as a lesson to smokers who think that they are above the law.

To serve as a reminder, those who smoke will be slapped with a RM250 compound for the first and second offences, with third-time offenders will be hit with an RM350 compound, this is also applicable to eateries who allow customers to smoke too. 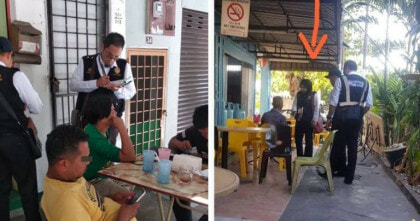