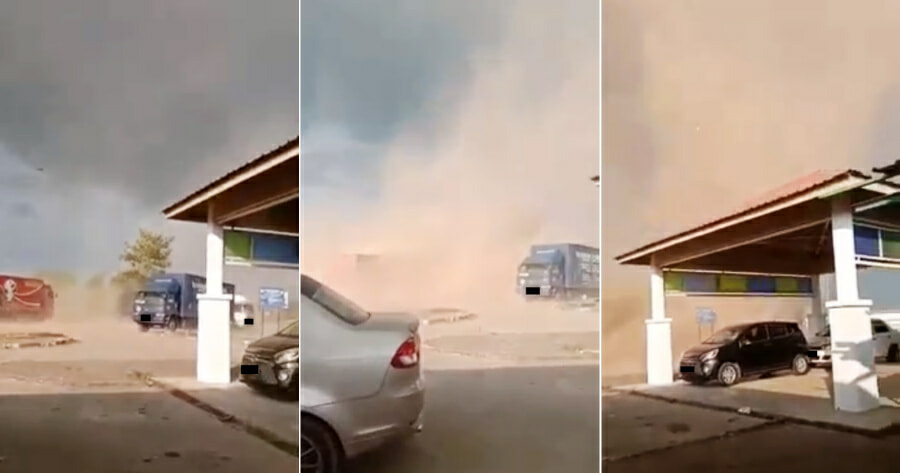 Malaysians often times feel lucky that we don’t get many natural disasters such as tsunamis or volcano eruptions in our country. The floods shouldn’t count as a natural disaster since its causes are human-made.

But, nature seems to be trying to prove us otherwise by throwing tornadoes at us every once in a while.

The Inforoadblock Facebook page recently shared a video showcasing a tornado that raged through a Kedah town yesterday afternoon (26 January). 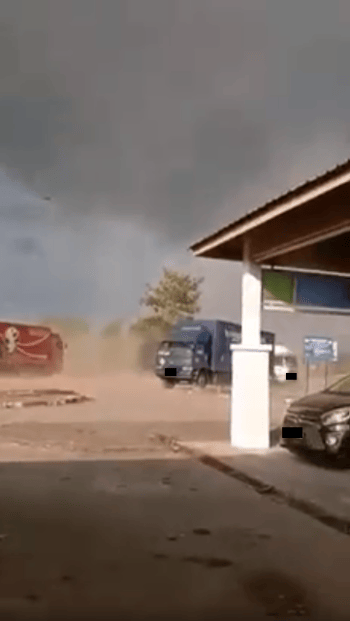 This incident was believed to have taken place in Bukit Kayu Hitam. 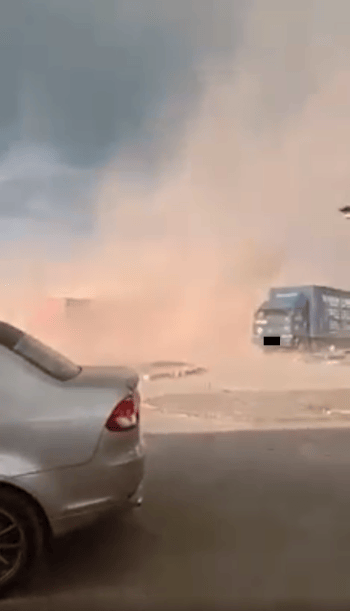 In the video, recorded by a woman, the wind appeared to quickly pick up before a tornado fully formed in front of the camera. As it appeared, the woman took several steps back in fear. 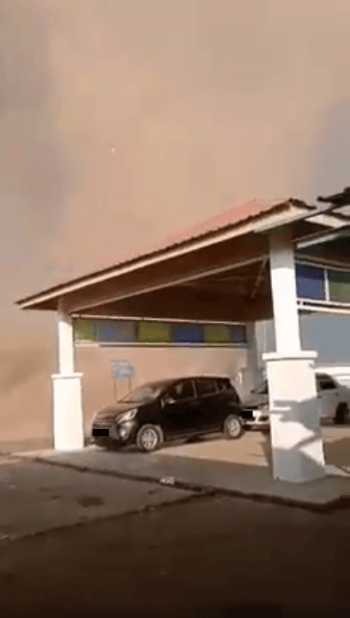 Chairs and other items could be seen flying about as the tornado wrecked its havoc.

Luckily, it quickly moved away, though not before leaving behind massive clouds of dust and dirt.

This isn’t the first time there’s been tornadoes in Malaysia.

The Peninsula Malaysia Tornado Outbreak Of 2014 saw 42 confirmed tornadoes across Kedah and Selangor, with the highest wind speeds reportedly at 240 km/h.

In any case you encounter one while you’re outdoors like the woman from the video, do seek shelter in a sturdy building or lie flat, face-down on the ground while using your arms to protect your back and head.

You should also stay away from trees and cars as they might get blown into you.

You can watch the terrifying video here:

Also read: Another Turtle Found Dead On Terengganu Beach, Making It The 12th This Month Alone 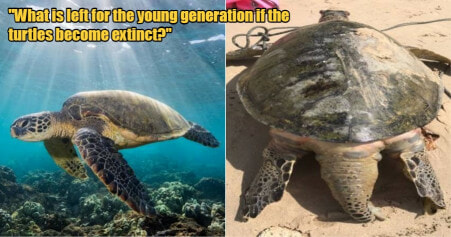