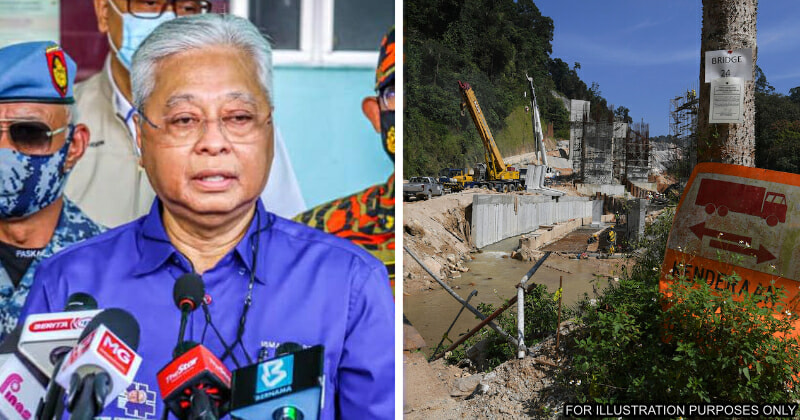 In his visit to Hulu Langat today, Prime Minister Datuk Seri Ismail Sabri Yaakob said that the construction of the East Klang Valley Expressway (EKVE) is one of the main culprit behind the heavy flood affecting the area. As reported by Berita Harian, the Prime Minister said that observations of the flood-hit area show that the construction of EKVE had caused drains in the area to be clogged and subsequently disrupted the drainage system.

Ismail Sabri visited Hulu Langat today to attend a gotong-royong to clean up Taman Sri Nanding and Kampung Dusun Tua following the flood. The area was among the worst-hit by massive floods that devastated Malaysia throughout last week. 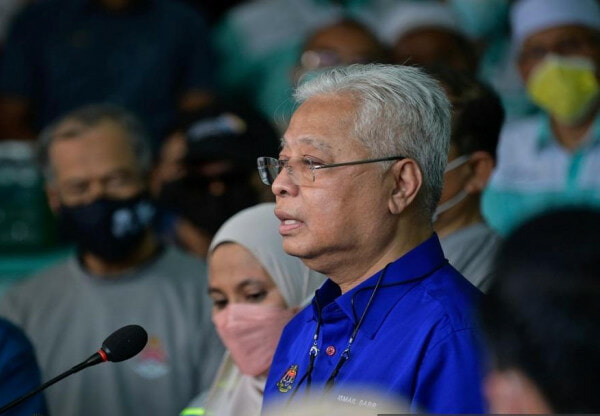 Speaking to reporters after the gotong-royong, the Prime Minister asserted,

“This flood was not only caused by heavy rainfall but also due to the EKVE project, based on my observation around Taman Sri Nanding. Clogged drains caused the floodwaters to rise quickly.”

He further elaborated that rising water from Sungai Langat directly opposite of Taman Sri Nanding spilled over into the housing area to the point that the water levels reached up until the ceiling of the ground floor of the houses. 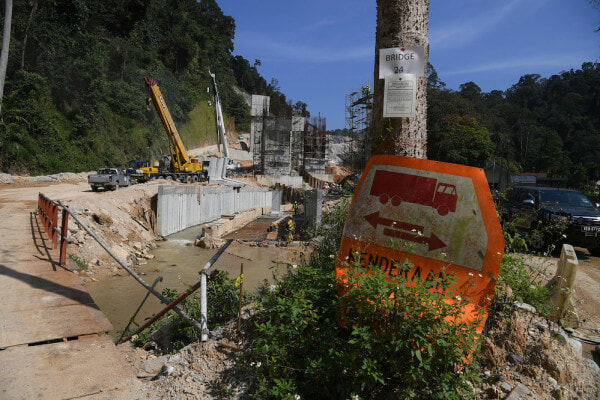 Meanwhile, during the same press conference, Ismail Sabri also confirmed that 2 to 3 Ministers are back from their holiday overseas and are undergoing home quarantine after the Prime Minister tells all Cabinet Ministers to cancel any plans for holiday as well as any of them that are currently overseas to come back and focus on the flood situation in our country.

However, as reported by national news agency Bernama, Ismail Sabri refused to mention any of the ministers’ names involved and said that they would be back working after finishing quarantine either tomorrow or on Tuesday. Furthermore, the Prime Minister also revealed that he had cancelled plans to perform the umrah pilgrimage on New Year’s Day in order to focus on the flood situation.

What do you guys think of Ismail Sabri’s comments? Share your thoughts with us in the comments. 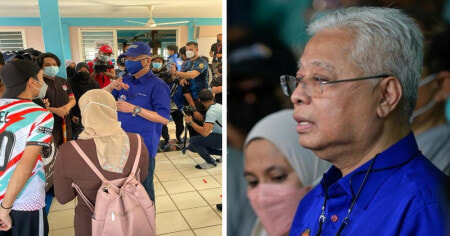