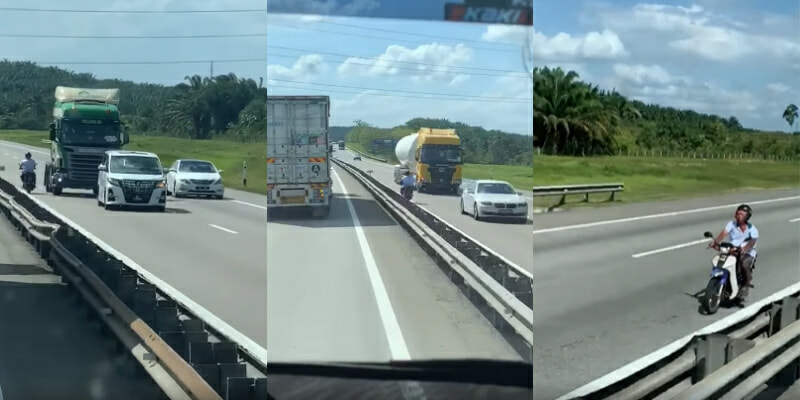 In a video that went viral on social media yesterday, a motorcyclist, completely oblivious to his surroundings rode against traffic in Pahang.

Believed to have taken place nearby Felda Jengka, Pahang, the rider is believed to be a settler from the nearby area.

In the video the man can be seen riding at full speed on the right lane of the oncoming traffic.

Oblivious to the dangers in front of him, the senior citizen rode on to the end of the video. 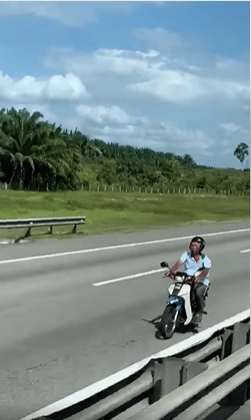 According to a netizen commenting on the video, the man who he likened to his father at home is a settler at a Felda in Pahang.

Sadly, this issue will further strengthen the argument that a driver’s license should not be issued to the elderly, even though Transport Minister Datuk Seri Dr Wee Ka Siong mentioned back in September 2021 that the move would be a last resort.

Let’s hope that this person’s traffic mistake will not be considered a representation of why the elderly should be denied a driver’s license in the future. 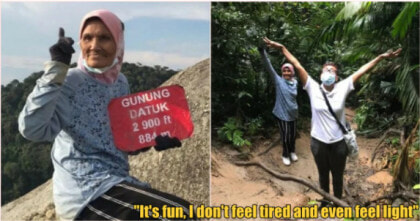