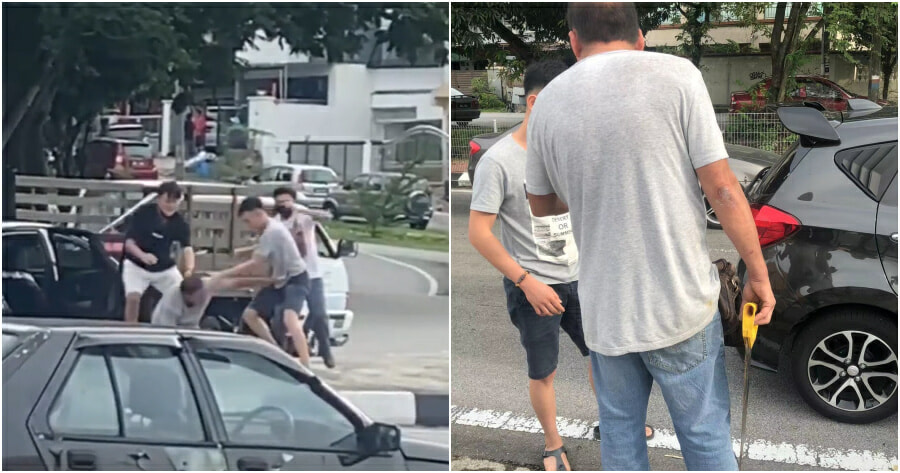 Driving can be nightmarish if we happen to find ourselves entangled in road rage.

Recently, a road rage incident had taken place in Ampang Jaya which involved a Myvi and a lorry driver. The incident took place on 23 November and has since spread like wildfire on TikTok. 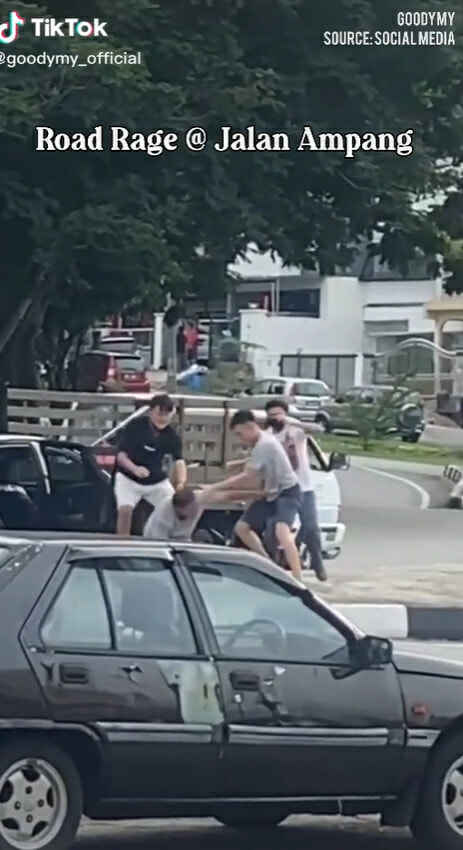 Both of the drivers can be seen ensuing in a physical fight with the vehicles parked at the roundabout near a residential area. The female passenger from the Myvi and an e-hailing rider attempted to stop the fight. According to the comment sections of the TikTok page, the fight was triggered by some misunderstanding and the lack of tolerance between the two drivers.

In another post on Facebook, the lorry driver can be seen threatening the Myvi driver with a saw. 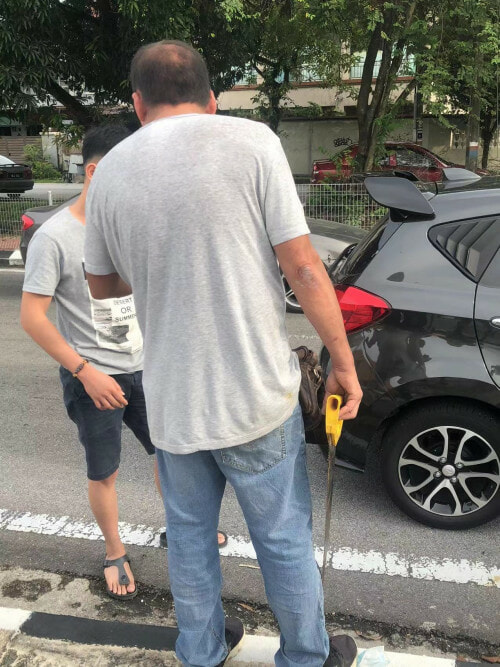 Following the incident, the police have released a statement yesterday (25 November) stating that everyone involved in the road rage have been arrested. 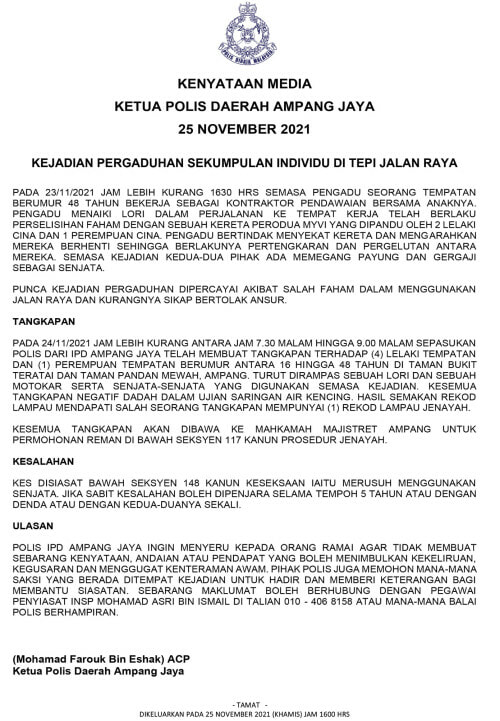 The arrests were made on 24 November between 7.30pm to 9pm at their respective houses. Both of the vehicles, as well as the weapons used in the fight – a saw and an umbrella, have also been confiscated by the police. None of the people was tested positive for drugs, and they will all be brought to the Magistrate Court in Ampang to be remanded under Section 117 Criminal Procedure Code.

One of them was found out to have a criminal record in the past.

The case will be investigated under Section 148 Penal Code for using weapons in a fight. They will be put behind bars for 5 years or will be fined, or both, should they be found guilty.

In the meantime, Ampang Jaya Chief Police, Mohamad Farouk Bin Eshak has also urged the public to not make any statements or assumptions that may confuse the public or jeopardize public safety. Anyone who witnessed the incident is also asked to provide more information to assist the investigation.

Have you ever encountered road rage while driving? Let us know in the comments below! 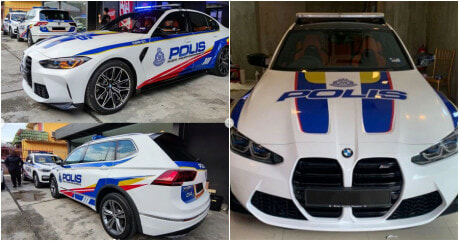