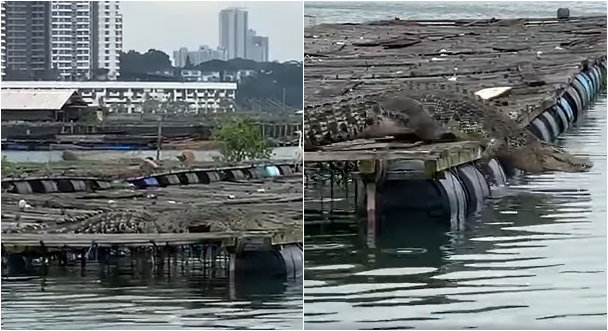 A visitor on a boat going along the straits between Johor Bahru and Singapore spotted a massive crocodile on a wooden kelong platform of a jetty that is located on the Singapore side of the strait. However, according to commenters on the video, the location of the jetty is actually nearer to JB as from the video, Danga Bay can be seen clearly.

Initially, the crocodile was hard to be seen as it was camouflaged by the wooden planks around it. But as soon as it detects that the visitors on the boat were coming too close, it immediately jumped into the water.

I guess everybody knows this place. Have A great weekend…N. B: The video is not mine, I merely shared it so anglers can be extra careful…

The video was shared by Mami Tini in the Singapore Wildlife Sightings to serve as a reminder to all anglers who like to fish in that area. Lim Chu Kang jetty where the crocodile was spotted, according to Mothership has been closed to the public since 2017. Hopefully, no adventurous soul would risk his or her life entering the area to hunt the massive reptile. We are pretty sure the beast is not alone in the area. 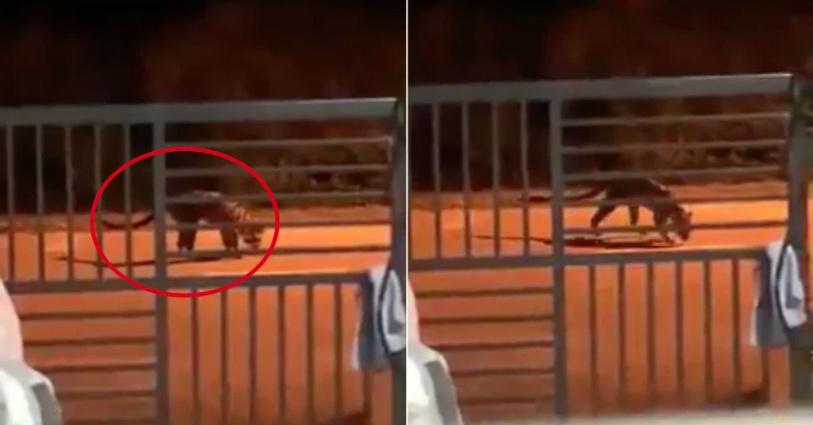