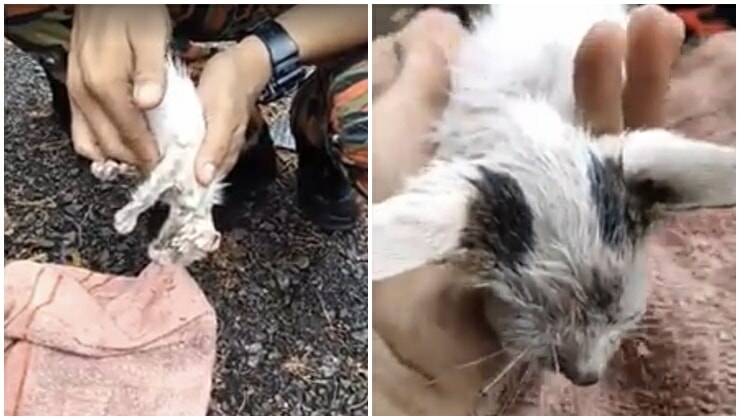 This kitten has eight lives left thanks to its firefighting saviour. 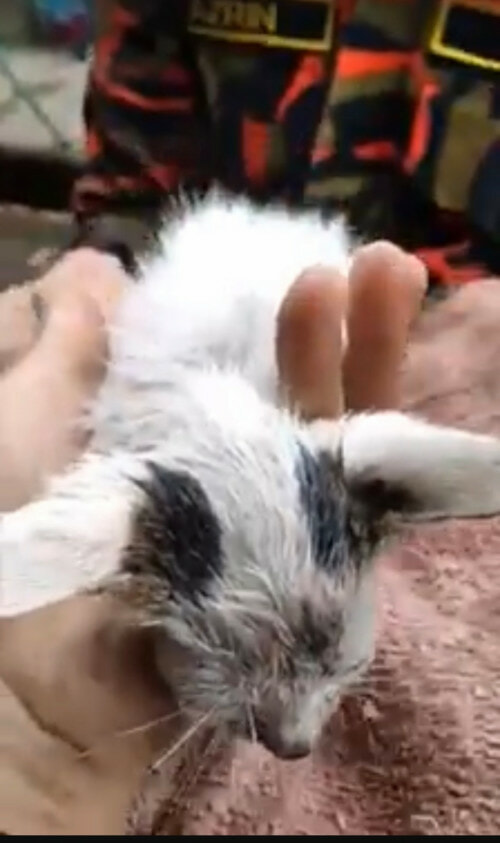 The fragile feline was almost amongst one of the casualties taken by the disastrous Lekima storm that hit multiple areas in Malaysia last Friday. The kitten reportedly nearly drowned from being trapped in the roof of a house in Taman Sutera Idaman, Sungai Petani, Kedah.

Thankfully, a heroic firefighter of the Sungai Petani Fire and Rescue Department discovered the poor kitten barely clinging on to life, and was determined to ensure it would continue living! The patient firefighter successfully resuscitated the kitty by administering consistent chest compressions. 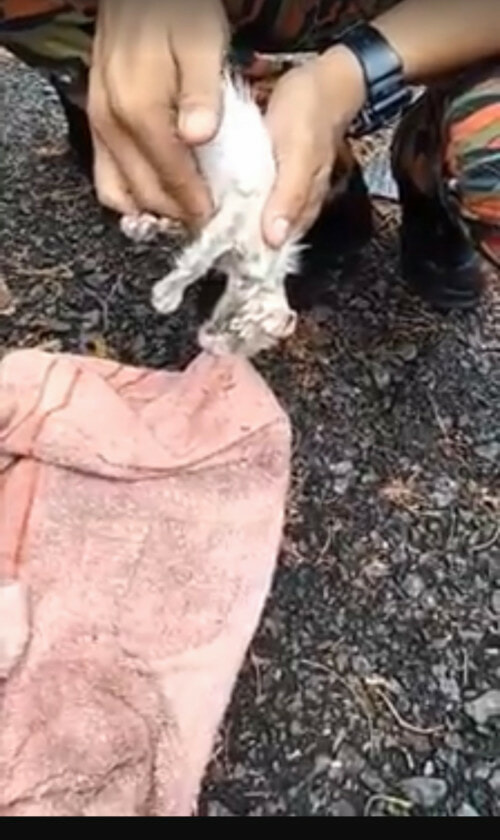 The video features the tiny black and white cat, drenched in mud and rainwater. The firefighter is seen gingerly holding the kitten’s limp body as he uses two fingers to gently administer chest compressions. The near-3 minute clip has since gone viral with netizens praising the firefighter for his heroic deed. 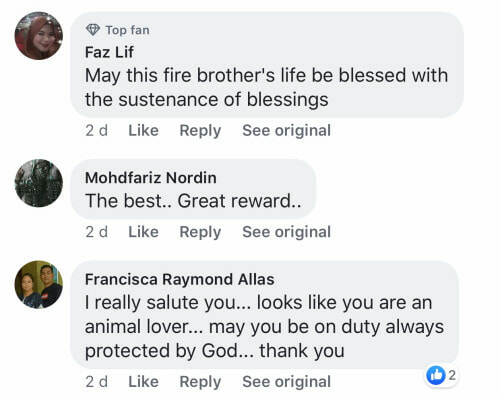 At first, the kitty appears to be unresponsive to the firefighter’s attempts at bringing it back from the brink. However, at the 16-second mark of the video, the kitten lets out a single weak meow. This was enough for the firefighter to continue his compressions and gradually the tender feline unleashed a chorus of meows, assuring him and the gathered members of the public that it still had some life in it! 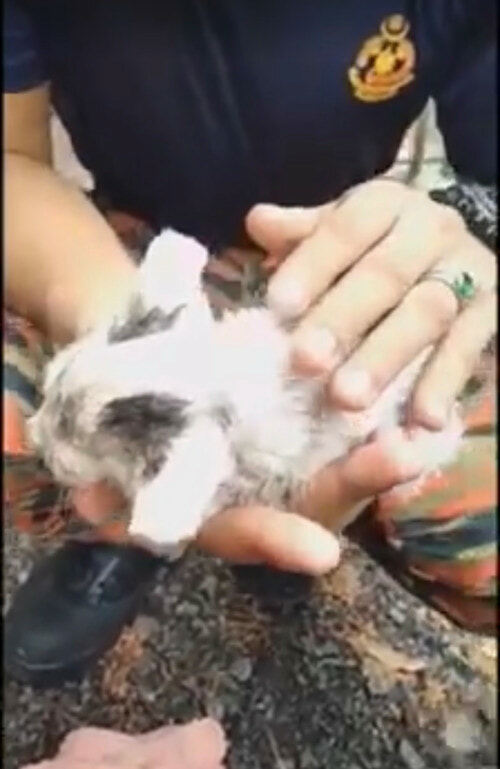 The final bits of the footage reveals the revived kitty back on all fours, eagerly making its way to its rescuing hero. The firefighter seemed to still have some concern for his furry friend, assessing from a distance whether the cat had fully recovered. Awww!

We hope the kitten managed to reunite with its true owners. That’d be the purr-fect end to this adorable tail.

Also read: Watch: Heartwarming Moment Sabah Paralympian Gets Out of Wheelchair to Save Tiny Kitten Stuck in Drain 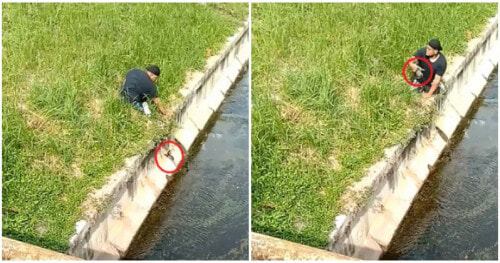